The mayor of Serbia's capital city, Dragan Djilas, was fired from his post on 24 September 2013, after a 5-hour debate at which he was present and a secret vote of city councilors that followed. The initiative was backed by the ruling Serbian Progressive Party (SNS), its coalition partner the Socialist Party of Serbia (SPS), as well as the Democratic Party of Serbia (DSS).

The now former mayor and notorious national media mogul [sr] Djilas, was removed as Belgrade's top official due to suspicion of several cases of corruption and abuse of power. Djilas is also a top official of the Democratic Party (DS), which was in power in Serbia until last year's elections. He held a press conference on the day he was removed from office, stressing that these allegations were false and his removal was part of “a political deal” by the coalition in power. In an interview [sr] for Novosti daily, SNS representative and President of the National Assembly, Nebojša Stefanović, responded to Mr. Djilas’ claims:

Dragan Djilas claims that you are in fact buying time to drag him through the media as long as possible for the alleged affairs?

- That is complete nonsense. How is it possible, if everything was done according to law, to open an affair and show a document that demonstrates illegal acts. To me this seems like absolving people in advance who are known to be guilty and having filled their own pockets. It's obvious there was much of this in [city utility companies] “Water and Waste”, “Infostan” and many other companies and we were pointed to all of that by people who work there and cannot stand to watch more procurements at three times higher prices. Even for the reconstruction of King Aleksandar Boulevard, the srunner-up company was chosen whose offer was 650 million dinars [approximately 5.7 million euros or 7.75 million U.S. dollars] higher.

In a recent related statement Deputy Prime Minister and leader of SNS, Aleksandar Vučić, explained that Mr. Djilas would still hold his duties for the next month, after which his party would delegate “a professional team” to run the capital city and guaranteed that city elections would be held within the next six months. Djilas, however, is calling for immediate direct local elections [sr], confident that he and his party could take the polls in this round. This scenario is highly unlikely, as the mayor of Belgrade is appointed by the Serbian National Assembly and direct elections would require an extensive process to change electoral procedures.

Vučić also mentioned what many fear and what Nebojša Stefanović discussed previously – that Belgrade's debt is much higher than city authorities and former Mayor Djilas made public. During his mandate, Djilas and his colleagues claimed the city's debt was somewhere between 400 and 600 million euro, while SNS representatives are now claiming that an ongoing investigation of the financial state of the city shows the debt to be twice as much as that, from 900 million euro upwards.

Dragan Djilas’ removal has been a hot topic on social networks, with many citizens happy to see him go. The former mayor has often been referred to as “Djitler” over his 5-year mayorship and many Belgraders continue to blame him for the inefficiency of city utilities and services, shady spending of city funds, and rising cost of living in Serbia's capital. While wary of the accusations put forth and the statements of other politicians most citizens don't trust any more than they do Djilas, many of their comments indicate that people are ready and looking for a change in Belgrade. Twitter user Marti Misterija from Belgrade says:

@BrankaVookovic It depends. See that Djilas now wants direct elections in Bg [Belgrade]. The poor sap thinks he could win based on his “popularity” ;)

Shortly after his dismissal, Djilas appeared on the popular television talk show “Utisak nedelje” (“Impression of the Week”) and viewers reacted on Twitter. When the former Mayor of Belgrade proudly listed his achievements, viewer Marko Milojević from Smederevska Palanka near Belgrade tweeted:

@utisak You're proud of what you have done in Belgrade? That you shoved it into debt?! You should be ashamed, you have no shame and no pride! #Djilas

"I built two bridges" #Djilas #utisak NO, friend! That was built from the budget! And by going into debt!

But most citizens are simply looking for the facts and solutions to Belgrade's many on-going issues. Dragan Janjić, Vice-President of the Independent Journalists’ Association of Serbia, tweeted in response to a Twitter discussion on which major political party could offer a better mayor:

@nebojsavasic83 I don't choose sides, I am tring to stick to the facts. But it's true that Djilas is the main target of a media campaign

Dragan Djilas’ first and last tweet, for now, on this matter was on the day of his dismissal and it has received both support and criticism:

Proud of the Belgrade we developed with the support of all of you. Look at all that has been done on http://t.co/5YY0dWBWl9 These are the steps that build a better Serbia

After the recent government reshuffle in Serbia, the fall of its capital's government is unsettling and brings additional instability to an already economically and politically weakened state. In a recent article, The Economist calls the dismissal of Djilas and his city regime, “the start of a bitter general election campaign” and “a nasty fight ahead”. In the meantime with Djilas and his cabinet only “technically” in office, Belgrade remains without a local government or plans to handle the many issues the capital faces daily. 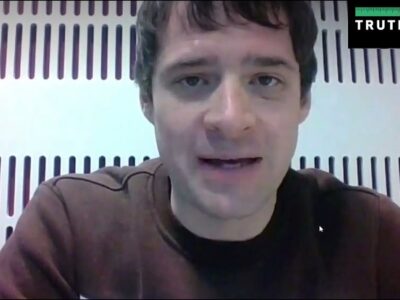