Battle lines have been drawn between the Law Association of Zambia (LAZ), a statutory board that governs law practitioners, and President Michael Sata’s government over the continued tenure of Acting Chief Justice Lombe Chibesakunda, who in ordinary circumstances should be making history as the first female head of the judiciary in the nation’s history.

Justice Chibesakunda, 69, was appointed to act in the position after the previous Chief Justice Ernest Sakala stepped down early in 2012 because he was above the retirement age of 65 and had himself been sued by one lawyer on account of age.

President Sata submitted her name for ratification by parliamentary select committee, but was rejected. She, however, continued holding office much to the chagrin of individual citizens and civil society and LAZ itself.

An unfazed Minister of Justice Wynter Kabimba, who is also the ruling Patriotic Front Secretary General, blamed the select committee for failing to submit a report to the full house of 158 members knowing fully well that the ruling party had a small majority for the possible ratification of Justice Chibesakunda if the matter went for a vote.

In its High Court petition, which was presented after LAZ members marched in protest from LAZ offices some two kilometres away to the High Court, LAZ is arguing:

On the second ground, LAZ argues that even if Chibesakunda had her contract renewed by Sata, she was illegally on contract because the law says a Judge’s contract ca[n] only be renewed once.

LAZ argues that former President Rupiah Banda renewed Chibesakunda’s contract in 2009 to run to May 2012 therefore there was no need for President Sata to renew her contract for the second time.

LAZ gave the government and the acting Chief Justice a one month ultimatum for her to vacate the office failure to which they were to take legal action. Meanwhile, President Sata, at the swearing of tribunals to probe the conduct of two high court judges, alleged that criminals in the judiciary were making the work of Justice Chibesakunda difficult.

Blogger Munshya wa Munshya, who has been following Justice Chibesakunda’s saga very closely, wrote in one of his posts:

In the case of Justice Chibesakunda, she has not been ratified by parliament and on that basis alone; she must recuse herself from further exercising the functions of that office. Indeed, the process of ratification itself does impose upon our system specific procedures that must be met before one could assume the role of chief justice.

I have participated in ratifications of many Judges, Commissioners as well as many other Constitution Office holders, in the process of these ratifications others have been rejected but never in my time as an MP has Parliament discussed names of these rejected […] I therefore find it strange that Hon Kabimba is expecting a report of the Select Committee of a nominee who has been rejected to be submitted for debate in Parliament.

Mumba has recently made a blatant accusation that Chibesakunda is insisting to stay as chief justice in order to influence the overturning in the Supreme Court parliamentary election results petitions appeals brought by some losing Patriotic Front parliamentary candidates.

The nation will be waiting for the outcome of the case with baited breath. 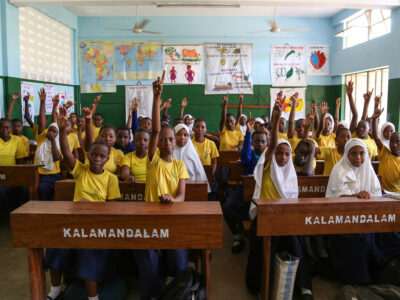