This post originally appeared on the author's own blog, Azadolu.

On April 10, 2013 a hashtag on the Turkish twittersphere proclaimed #ayagakalk (which translates to “stand up”). The call came from a small group of activists trying to preserve the standing park, Gezi Park in Taksim Square, against plans to build a mall in the area. Nobody expected this little incident to turn into the biggest protest in the country’s republican history. In the words of Twitter user Ezgi Medran, who was trying to collect signatures on April 10 for the initial protest slated for April 13 [tr]:

We are in need of your signatures in order to save Taksim Gezi park! No clashes were recorded between security forces and protesters at that time. On May 27, another protest was held for the same purpose. This time, a few activists occupied Gezi Park to stand against the construction crew. Social media team 140journs shared a picture of the activists with these words:

There are patrols since last night at the Taksim Gezi Park despite the demolition works. Things started to get out of hand after two incidents that went viral on social media. The first was a picture of an unarmed woman protester attacked by the police using tear gas, taken by Reuters photographer Osman Orsal. Later, in a dawn operation, the police burned down the activists’ tents. The incident was captured on YouTube.

The popular hashtag transformed into #direngeziparki (resist Gezi Park), which was followed by growing support for the protests. Memet Ali Alabora, a Turkish actor, was at the park and was one of the first of a few celebrities who actively joined the resistance. He said on his Twitter account:

This is not only about Gezi Park, my friend, don't you get it yet? Come on, come here. Excessive amounts of tear gas was used to disperse the protesters. Photograph shared on Twitter by @alperorakci

Osman Orsal, the Reuters photographer who took the iconic photo of the protester woman in red, was injured by a tear gas capsule. Benjamin Harvey, bureau chief of Bloomberg Turkey, wrote: 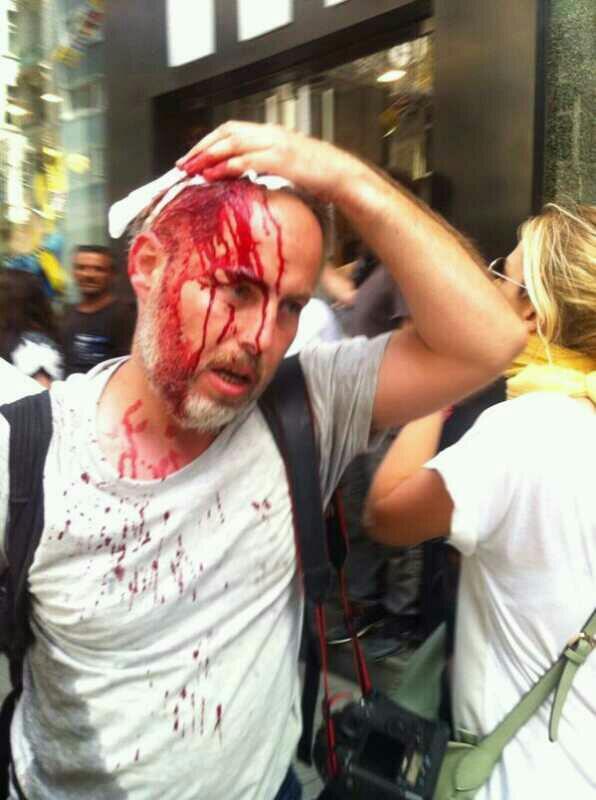 Protesters organized on Facebook and Twitter, as the mainstream media was apparently ignoring the protests. There were reactions on social media against to mainstream media channels. Twitter user Faruk erman shared a picture that illustrated the silence of Turkish media: 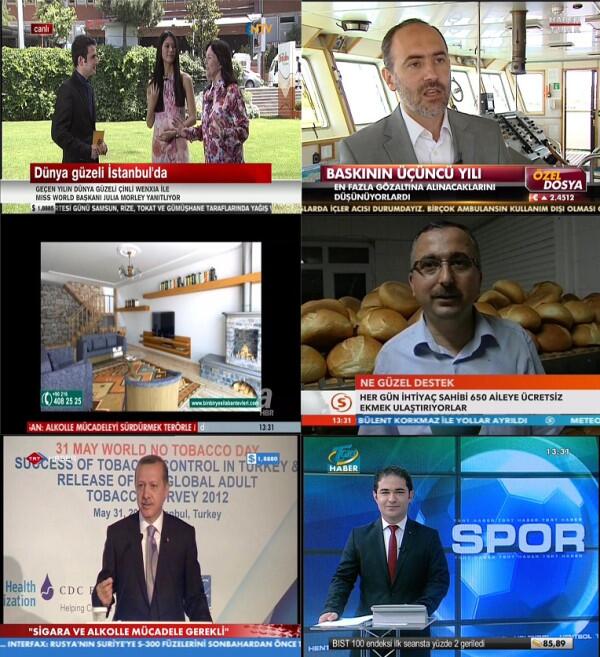 Benjamin Harvey was exasperated with CNN-Turk for showing a documentary about penguins during the clashes:

The supporters of AKP (Justice and Development Party), the ruling party in Turkey, blamed the protesters for the clashes. They commented under the hashtag of #oyunagelmeturkiyem (“do not get tricked, Turkey”) on Twitter. Twitter user Canan Kumas wrote:

Countering comparisons of Turkey with the Arab Spring, another user, Bunyamin Hakimoglu said:

@Benj_Kobsch Don't imagine a spring in Turkey. The government is elected with a democratic election. Be aware of the difference! #OyunaGelmeTürkiyem

On the other hand, there were some critics between some supporters, too. For example, AKP (Justice and Development Party) senator and ex-minister of culture and tourism, Ertugrul Gunay was angry about his party's fierce politics on protesters:

People who try to cut down 75-year-old trees on the anniversary of the conquest of Istanbul to build a mall cannot understand the Sultan Fatih nor God's order!

Even as the protests and clashes continue across the country, Prime Minister Erdogan does not seem willing to back down. He said on his own Twitter account:

We can bring one million people together, where the opposition gathers a hundred thousand people around, but we are not into that kind of business.