Discussions surrounding potential membership of the Customs Union that currently comprises Belarus, Russia, and Kazakhstan are not new to Kyrgyzstan's public. Having come into effect in July of 2011 the union aims to bring member states into a common economic zone, establishing a tariff-free platform for regional trade.

The Customs Union's main initiator was Russia, and the project is a core part of the Eurasian Union, a geopolitical project that featured in Russian President Vladimir Putin's election campaign in 2011. But while authoritarian Kazakhstan and Belarus slipped in through the back door, potential membership continues to be the subject of a noisy debate in Kyrgyzstan.

So far, government officials have continually announced that Kyrgyzstan is willing and ready to join the union. A 28 days later-type Customs Union “demotivator” that went viral courtesy of censor.net.ua, a Ukrainian website. Ukraine is also mulling entry into the union. The caption reads “Welcome Home! To the Customs Union with Russia!”

Supporters of entry believe that the Customs Union is mandatory for economic development, a unique chance for local businessmen to export their goods to Russia and stimulate an increase in domestic productivity.

But for those who are less Russia-focused, membership of the Customs Union entails a massive loss, since imports from China, with whom Kyrgyzstan currently enjoys a liberal trade arrangement as a result of the two countries’ membership of the World Trade Organization, would spike in price.

Many Kyrgyzstanis view membership from the perspective of “when you have nothing, you have nothing to lose”. As a small, predominantly agrarian economy, argues [ru] Mirlan, a commenter on the Russian-language Vecherni Bishkek website:

We do not have anything at any rate, we have nothing to lose, but by joining the Customs Union, we can secure some benefits.

Beneath the same article, which highlighted the plight of Kyrgyzstan's more industrialized northern neighbor Kazakhstan, arguably yet to see the benefits of Customs Union membership, views on entry were mostly positive. Another reader, Issyk-Kul farmer maintained [ru]:

Russia has gas, Kazakhstan has oil and Kyrgyzstan has nothing. So, together, we are a force!

But that ignores the fact that the country's economy remains heavily dependent on Chinese consumer goods. Currently tariffs on those goods are around 5%. They might double as a result of entry into the Customs Union. China, as a fellow member of the WTO, would be entitled to demand compensation:

Opponents believe that the Customs Union will ruin Kyrgyzstan’s economy. As a WTO member since 1998, Kyrgyzstan has established a good source of income by re-exporting Chinese goods to neighboring Kazakhstan and Uzbekistan with the help of the biggest market in Central Asia – Dordoi. Dordoi alone turns over $400 million a year, 20% of the country's GDP. As a result of the higher import tariffs on Chinese goods, this trade would be rendered meaningless, leaving traders jobless and Dordoi stagnant.

But as a small, landlocked country, Kyrgyzstan faces a Hobson's choice: either rid itself of dependence on cheap Chinese imports that stifle domestic production, or accept price increases and Russian domination.

The May 14, Kloop Live Debate on the issue of Customs Union entry, part of a series of talks organized by Kloop media to discuss controversial issues in the country, pitted Sabyrbek Zheentaev against Borubek Kudayarov. Zheentaev, who argued [ru] for Kyrgyzstan's entry into the union, said the republic should take the responsibility of developing its own domestic industries:

Kyrgyzstan will never enter the market for global trade if it continues to simply resell Chinese cars. Even our children will continue to resell Chinese cars and they will experience the same problems that we have now. It needs to be stopped.

Kudayarov, who stressed the importance of Kyrgyzstan's economic relations with China, countered [ru]:

Russia will always focus on its own market, it will not consider the interests of Kazakhstan, Belarus and Kyrgyzstan. Even current trade tariffs are set by Russia. Kyrgyzstan's economy will collapse without trade with China!

Everything will depend on Russia's interests

In the case of [Kyrgyzstan] not joining the Customs Union, inflation will only keep growing each year.

Clearly, entry to the Customs Union is a divisive topic, with farmers, alcohol producers, traders in Chinese goods and ordinary netizens all disagreeing over the right economic path to take. But as Kazakh economist Mukhtar Taizhan notes [ru], unlike in Belarus or Kazakhstan, the country's relatively liberal political regime at least provides a vantage point for discussing the topic. The public can only hope that the government listens in on the conversation. 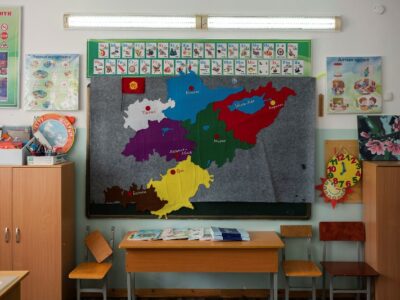 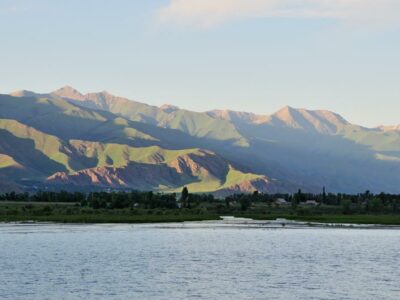