‘Syria Untold': The Storytelling of the Syrian Revolution

More than two years into the Syrian uprising as the battle continues on the ground, a new outspoken and creative Syria has emerged after decades of isolation and silence. From strikes to sit-ins, from creative songs and banners to countless citizen demonstrations, daily resistance against tyranny carries on, largely uncovered by mainstream media.

For a few months, I have been working with a group of Syrian journalists, writers, programmers, and designers based in Syria and abroad on a digital media project focusing on telling the story of the Syrian revolution. We are now ready to launch Syria Untold.

Our project combines content aggregation from social media and information collected and shared by grassroots activists with original content created by our team. We have two versions, English and Arabic.

We will focus on the story of the uprising through grassroots campaigns, civil disobedience, art, and creativity. The story of the voices that do not usually get covered by mainstream media. The story of the daily resistance that continues despite increasing militarization on the ground and despite the regime's attempts to silence every form of citizen expression. We want to highlight these voices and help others understand them in context.

Syria Untold will be partnering with Global Voices Online. Syria Untold posts will be edited by Global Voices editors and translated by volunteer translators, as part of GV's interest in highlighting citizen voices and grassroots initiatives.

We will need everyone's help to make this happen, so stay tuned for #syriauntold!

Syria Untold is an independent digital media project exploring the storytelling of the Syrian struggle and the diverse forms of resistance. We are a team of Syrian writers, journalists, programmers and designers living in the country and abroad trying to highlight the narrative of the Syrian revolution, which Syrian men and women are writing day by day. Through grassroots campaigns, emerging forms of self-management and self-government and endless manifestations of citizen creativity, a new outspoken Syria has emerged, after decades of repression and paralysis. With mainstream media focusing increasingly on geostrategic and military aspects and less on internal dynamics developing on the ground, we believe there are many aspects of the Syrian struggle that remain uncovered, many stories that we would not like to see forgotten. Welcome to the stories of daily resistance and creativity. Welcome to Syria Untold. 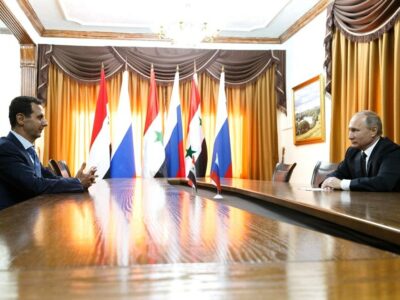