Teargas enveloped Istanbul as demonstrators defiantly merged onto the city's symbolic Taksim Square, where they hold May Day protests every year. The government banned all events there this year, because the square is under construction.

As protesters and police clashed they turned the 15 million strong metropolis into a war zone, leaving behind destroyed property and reportedly dozens of injured people. To get a grip on the increasing number of protesters, Turkey's police fortified their ranks with four planes full of officers transfered [tr] from other cities.

Among the injured were four journalists and a teenage high school student who suffered head injuries [tr]. and is in critical condition at the  hospital. Opposition politicians affected from gas and police brutality were also hospitalized [tr]. Taksim Square, the usual venue for Istanbul's Labor Day demonstrations has been under construction for months, to help relieve the bottleneck of traffic that develops around it. City authorities and the unions who insisted on celebrating the day at Taksim, had been in negotiations to find alternative venues, but that talks failed on April 30, 2013. The city administration immediately issued an order to cancel all public transportation between the Asian and European sides of Istanbul that lead to Taksim Square. Later, during a press conference, Istanbul Governor Mutlu banned all events at Taksim on May 1st.

Journalist Ayla Jean Yackley (@aylajean) provided insights as to the political importance of Taksim Square for both the government and other groups:

The lack of public transportation in a city of 15 million brought civic life to a screeching halt on May 1. Workers Unions, non governmental organizations and opposition political parties had a different plan. Thousands merged in the Besiktas, Sisli and Mecidiyekoy neighborhoods, surrounding Taksim from all sides, commuting through their own private or collective means. As the sun dawned on Istanbul, the fight first broke out in Besiktas: Raising the bridge between the historical peninsula and central Taksim was another method to prevent workers to reach their destination: While different groups tried to march towards Taksim, police in small and large groups attacked protesters on main and back streets with water cannons and teargas canisters. Within two hours, the European side of the city had turned into a war zone. Ambulances and tourists were reportedly targeted with teargas by police:

@oemoral: Tweeps reporting fr side streets of #Besiktas tweet it's like a war zone.Stores,people in shambles due to gas & water guns #MayDay #Istanbul

@CeylanWrites: Even tourists have had tear gas fired at them! Radikal reports#istanbul #1mayis

@Ziya Meral: Best sarcastic tweet to emerge from Istanbul today thus far: “Yesterday we had the Jazz Festival, today is the Gas Festival”

Even some mainstream media complained about police brutality. Otherwise, the press was very reluctant to report on the terrible events of this day in Istanbul. News organizations close to the government used a picture [tr] of a demonstrator throwing a petrol bomb to propagate the official thesis that Labor day's protesters were “radicals.”

On Twitter, some compared Turkish Prime Minister Erdogan's tactics to those of former dictators in the Middle East: Demonstrators finally dispersed after the Workers Union Confederation leader negotiated an armistice with the police: The International Trade Union Confederation was quick to condemn police brutality in Istanbul.

After a day of brutality leading to injuries, and irresponsible and sometimes outright outrageous comments by government officials [tr] and journalists [tr] alike, all went home for an evening of Turkish TV series and business as usual. 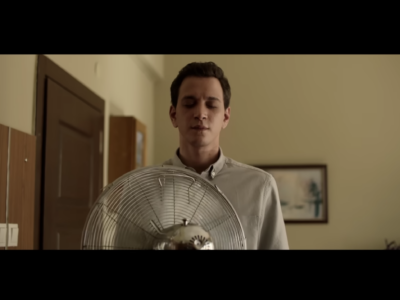