If you are in Cyprus, your life's savings hangs in the balance, as the government deliberates a controversial €10 billion bailout agreement reached with the Eurogroup that puts the country's saving deposits down as collateral.

The unprecedented bailout measure threatens to snatch €5.8 billion from all savers in the country. Cypriots have had no access to their bank accounts ever since the government entered into the agreement on Saturday, March 16, 2013 and put all accounts on lockdown to avoid a bank run or a series of account withdrawals.

Leading up to the shock announcement, concern and uncertainity was abound among Twitter users in Cyprus:

@ktrnstefanou: And I was looking at the dictionary to find the meaning of “watertight”, mentioned in [Christine] Lagarde‘s announcement. Probably it means “left out in the cold [water]”

The most prominent feeling was the uncertainty on whether the night would end with a successful agreement or not:

‏@nchrysoloras: Official 1: “We don't yet have a DSA, but I believe we will by tonight” Official 2: “There is progress. Let's see”. #Cyprus #Eurogroup

At 2:00-3:00 a.m. in the morning, there were references about a “haircut” on bank deposits to use that as collateral for the bailout, and rumors that President Nicos Anastasiades had threatened to abandon all negotiations. While those were happening, Cyprus was in a carnival mood – the shock would come the next day:

@ZENONZINDILIS: What were the Cypriots doing the night their future was on stake? #eurogroup They were preparing for carnival fun and generally “they didn't give a fuck” [idiom in Cypriot Greek]

The next day's reactions varied from anger and indignation to stoic acceptance. In social media platforms and mainstream media, the debate on whether the Parliament must approve the haircut plan or not remains and both sides have their own strong arguments; however, the true nature of people's uncertainty is that nobody knows the real consequences of each choice:

@ChrysanthosM: Listen to what this gentleman says in CyBC. Next time we will protect their bank deposits at all costs: the depositors must have faith in us!!!

@antistrofos: I was not in the mood to criticize him [President Anastasiades] till we see his opus. I got a flash response: Ineligible dinosaur, a Christofias “copy-paste” [the previous President of Cyprus]

@iNeoNeo: What happens in Cyprus has entered the level of political parties and numbers. This is the worst thing, worse than any memorandum. #Cyprus

@SkonteBlogspot: I also voted for Nicos [Anastasiades], but all those who did it, thinking he will triumph over the Europeans and the Troika, are deeply benighted

@JamesKerLindsay: Probably a good thing that Google Translate can't get its head around Cypriot Greek this morning!

Apart from the government's point of view and many citizens’ objection to Eurogroup's presumed blackmail, there is also a third approach in Cyprus, summarized in a post by blogger Strovoliotis, who supports the memorandum approval by Parliament from an oppositional point of view:

@Strovoliotis: I was saying all this from the very beginning, but now it doesn't even matter. The key: be calm!

As expected, the anti-Eurogroup statements that “no deposits’ haircut is going to happen” by President Anastasiades and Minister of Finance, Michael Sarris, were especially popular around the Cypriot and Greek-speaking web in general.

As the Monday parliamentary vote process was approaching, there were gradually more and more arguments that the unprecedented Eurozone's ministers’ decision is bad for the European Union. Many Cypriot social media users shared this article from the Economist:

@StavrosZenios: And do you want the Economist to tell you the obvious? The Cyprus bail-out: Unfair, short-sighted and self-defeating-The Economist http://econ.st/Yijtsv

On Tuesday, March 19, the government's request to suspend all bank operations is being interpreted as an effort to emphasize the rigid nature of the Cypriot economy. Α possible bank run (domino of bank withdrawals) in Spain and other countries is already being considered a probable outcome:

‏@offshorebella: if they can do this to Cypriots they can do it anywhere. I reckon putting your money under the mattress is safer. #Cyprus #bankrun

@kik__14: The end of the European purported Union is near, starting from tomorrow.

@MsDeeCM: Dear Italians and Spaniards, please do a #BankRun tomorrow morning. Lots of love, the people of #Cyprus. #CyprusBailout #EU

However, some Europeans didn't remain indifferent to the solidarity calls:

@Igualitarista: Spaniards using hashtag #somosChipre (we are Cyprus) out of solidarity & to oppose locking out depositors from their accounts.

Finally, the parliamentary vote process was postponed; thus, it's possible that banks will remain closed for the rest of the week:

@KallergisK: Cypriot sources say that the Cyprus bank deposits tax vote is postponed for Friday – all banks to remain closed to avoid a #bankrun #Cyprus

“Cypriot banks have frozen even interbank transactions”. Screenshot by @georgiemark at Twitter

Uncertainty now reigns over the bank system itself and the European Union's existence.

@zoemavroudi: “This Union has been cancelled due to a technical issue. Cannot complete democratic processes at this time. Try again later.” #EU #Cyprus

User Coolplatanos has put on Storify the first reactions on the Cyprus haircut announcement in Greek Twitter-sphere. 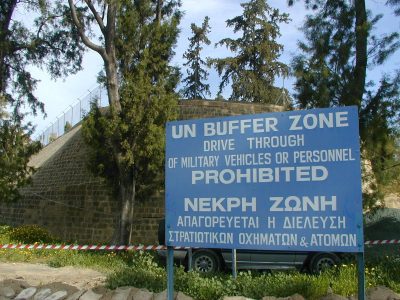 Possible Agreement on the Cyprus Issue Postponed Until 2017 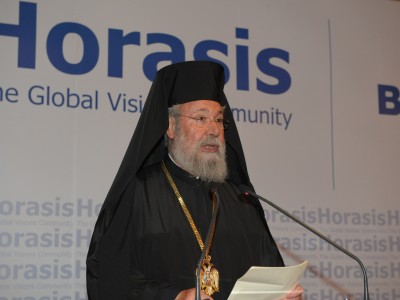