The shooting of a Zambian worker allegedly by his Somali employer after a wage dispute, on 13 December, 2012, has triggered a series of revenge attacks against Somali residents in Ndola, Zambia’s third largest city, 400 km north of the capital Lusaka.

Ndola residents have taken to the streets damaging property, particularly those belonging to Somali nations following the shooting of a Zambian in a wage dispute.

Somali nationals are also being targeted for beatings as a sign of revenge.

The riots started early this morning in Northrise forcing Copperbelt riot police to descend on the city to quell the volatile situation. The situation was particularly worse in Masala and Ndeke township where majority of Somalians reside in Ndola.

Zambians are rioting in Ndola the provincial capital of the Copperbelt.

The riot started this morning and by press time 9:30 am local time the residents were still rioting looting a shop of a Somalian in the Second Class area in the Central district. Zambian Eye reporter at the scene says there was no presence of the police yet.

Goods wealth millions of kwacha has been rooted [sic].

The story was also picked up by Somali news website, Hiiraan Online.

@caesarcognac @blistic_1 @ NkhataTemwani: @Kush_411 we tolerate so much  as Zambians these ppl  is [are] taking us for granted. Why do we give [th]em so much power?

On Facebook, netizens disagreed with someone who blamed the entire Somali community for the incident. Richard Banda Lcgi Meiz wrote:

A Zambian was shot dead yesterday by a Somalian national and it has sparked riots /looting in Ndola. The issue is that Zambia is going to be in trouble not many years or decades from now following the influx of Somalians. These are guys who are coming from a war-torn or failed state and came in Zambia without anything. They are bearing children who are sarcastically claiming to be Zambians and so they are considering the provisions of our citizenship clause.

[…] We must have control on the influx of Somalians in this country otherwise our great-grand children will curse us while we will be in our graves for the current failures to set things straight.

The Somalians have their own buses and schools and we dont know whether they are teaching those children of theirs hate for the non-Muslims or not.

Banda was criticized by Emmanuel Mulenga:

Damn you stereotypes! Just because one Somalian commits a crime, you condemn everyone of Somalian decent? Learn to embrace equality and diversity! Deal case by case not this rubbish racism you are posting!

There was no official statement from the police at the time of writing on whether there has been any arrests among looters apart from an earlier statement attributed to provincial police commissioner Mary Tembo on the arrest of the Somali suspected killer.

In July 2012, the Zambian Police thwarted a xenophobic attack on a national who was burnt to death in neighbouring Democratic Republic of Congo. A number of Somali nationals are settled in and around Ndola where they run businesses ranging from transportation to supermarkets. 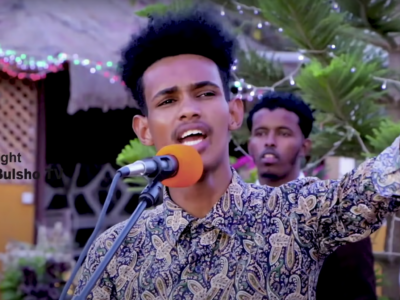