Iran's diplomatic missions have been under attack around the world in recent weeks by Iranians and Afghans, for different reasons. The Iranian embassy in Berlin was attacked by supporters of the Iranian opposition, and Iran’s consulate in Herat, Afghanistan was attacked by Afghans.

There are also conflicting reports about whether the Iranian embassy was attacked in Copenhagen, Denmark on Saturday. While one MP accused [fa] the Iranian opposition of attacking the Islamic Republic's embassy in Denmark, another denies [fa] such an attack took place.

A couple of hundred angry Afghan protesters tried to storm Iran's consulate in the western Afghan city on Sunday, December 9, 2012, in to protest the alleged killing of Afghan immigrants by Iranian security forces.

A group of Iranian nationals described as “activists” and “refugees” stormed [de] the Islamic Republic's embassy in Berlin on Wednesday, November 28. The action sparked a hot debate within the Iranian blogosphere, with ideas ranging from praise to condemnation and denouncements.

A video posted on YouTube, apparently from the incident, contains blurry footage that shows an often mentioned “red and black flag” that was erected in place of Iran's official flag.

Andishe Novin, an Iranian blogger in Germany [fa] with apparent anarchistic inclinations reports his/her account of the incident and describes the action to have been carried out “in solidarity with and in support of Nasrin Sotoudeh's hunger strike” as well as other prisoners of conscience. According to this blog, the invaders demanded “the unconditional release of political activists in Iran arrested by the Islamic Fascist regime.”Ashkan, another blogger, sees what was done by these people as “a symbolic action” and writes that the Islamic Republic's flag is a symbol of all the hardship and catastrophes in Iran. The current Iranian flag replaced an earlier flag featuring a lion and sun after the 1979 revolution:

“This flag is a symbol of execution, massacre, torture, addiction, unemployment, imprisonment, prostitution, robbery and crime!” Ashkan praises the invaders for torching the flag

On the opposite front, another Iranian blogger, nick-named Shahgholam [fa] calls the storming of the regime's embassy in Berlin, “barbaric”:

“When barbarism is institutionalized in a person or group, it does not matter if you live in Iran, in the third world, or the heart of modern Europe. It does not matter whose territory you are trespassing on. No liberated soul would support today's storming of the Iranian Embassy in Berlin just as no one supported the lunatic army's barbaric invasion of the British Embassy in Tehran one year ago.” 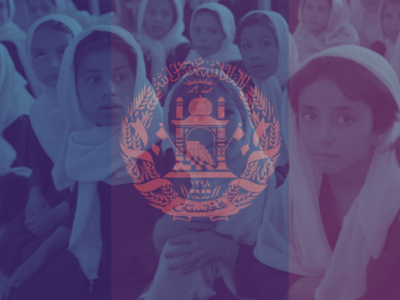