Wiping Out Ethiopia's History for the Sake of Development 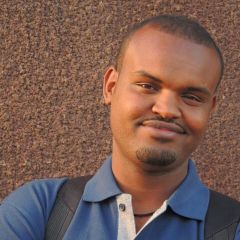 It was in 1896 that Ethiopian forces led by Emperor Menelik II had defeated an Italian army with better contemporary military technology at the Battle of Adwa. Subsequently, the victorious Emperor had brought in a range of technologies including railway to transform his country. For his triumph at Adwa and for his endeavor to change Ethiopia in his own ways, a statue in his honor was erected at the center of Addis Ababa called Arada. Almost forty years later, in 1935, the Italians launched a new but a prearranged military campaign endorsed by their then belligerent leaders. The Italians managed to have a brief military occupation of Ethiopia but faced a staunch resistance from Ethiopians.

Pope Abune Petros, who was among the first Popes of Ethiopian Orthodox Church, was the leading figure of the resistance in Ethiopia. The Italians never liked what he was doing as a patriot and tried to stop him. He was forced to appear before General Rodolfo Graziani to submit and declare the Ethiopian patriots as bandits. He refused to comply with their demand and condemned the aggressors instead. He asked Ethiopians to struggle for their freedom. Finally, the Italians executed him in public. As it was done with Emperor Menelik II, a statue of Abune Petros was built at the center of Addis Ababa as reminiscent of his unwavering stand for his country.

However, unconfirmed reports are circulating online that the two iconic statues found on an historical thoroughfare might get wrecked due to an Addid Ababa rail tunnel construction project. The reports have not been received well by some netizens. Daniel Kiberet, a blogger who usually write on culture, history and spirituality of Ethiopia, asks [amh]:

If the answer to this question is yes, our stance for the rail lines construction would be different! Our development should not come at the expense of the statues of forefathers of Ethiopia who have given their life for the country! There is a saying which says “Are you gossiping God while you give your weight for the soil!” What we put in for development should reflect on what we already have, it should not destroy what we have. We might need vehicles but the vehicles should not cut off our feet. Whether we like it or not Ethiopia is a country with rich history and heritage and these are foundations for our survival and continuation. So constructing rail lines at the cost of Ethiopia’s iconic figures is like going to a barber shop for hair cut after amputating one’s head! The project group should think thrice before they decide to demolish these statutes. Destroying a figure of a man who had built the first railway in Ethiopia a century ago to construct rail lines is a complete sarcasm! Demolishing the statute of a man who had given his life for freedom of his country and wishing to commute freely on the train is an indulgence.

Abush Zekaryas relates an incident related to the recent controversy, which erupted in Italy after a small town east of Rome built a memorial to a Fascist military leader, General Rodolfo Graziani, using public funds. He writes [amh]:

While some Italians built a memorial to a Fascist military leader, there is a rumor that Ethiopians are set to demolish the iconic statues of Menelik II and Abune Petros! What an irony – this is the difference and this is the progress!

And Aderegen, an anonymous group of bloggers, posted on their blog [amh]:

What we are asking is “Why are these kinds of projects not preplanned? Why are the statues and historical places of our forefathers who have contributed a lot for Ethiopia not given due emphasis during planning? Or is there a conspiracy against Ethiopia’s history?

However, pro-government media, Fana Broadcasting Corporate, has a self contradictory story on their website denying the iconic statues will be demolished for rail lines construction! [amh]:

The rail lines will be contracted without doing any damage to the statues. However, as the Addis Ababa rail tunnel project passes through the iconic thoroughfare it will momentarily dig up the Abune Petros statue and it will not get anywhere near the statue of Menelik II. All the rumors revolving around this are baseless.

This is the second time in a year that the Ethiopian government has sparked controversy involving a statue. Kwame Nkrumah's statue, which was unveiled at the African Union (AU) headquarters, which was built with help of the Chinese government, has also sparked anger amongst Ethiopians as many Ethiopians feel that the country's former leader Haile Selassie also deserved recognition.