On October 11, 2012, the New York Times published a report by Deborah Sontag on various allegations of financial impropriety directed at musician and activist Wyclef Jean's defunct charity Yéle Haiti. The allegations are centered on the millions that the defunct charitable organization received in donations after the Janury 2010 earthquake period that devastated the island.

Yéle Haiti was founded in 2004 by Jean and a few associates, and was intended to provide developmental assistance to his homeland of Haiti (Jean resigned from Yéle in 2010 to focus on his run for President of Haiti two years ago but failed to meet the residency requirements for the office.) However, the organization was shutdown at the end of August when its last official employee, CEO Derek Q. Johnson resigned. Yéle is now under investigation by the Attorney-General of New York State.

On a Facebook page which apparently belongs to Jean, several pictures were posted recently, all highlighting Yéle Haiti's work on the island: Yéle Corps employed 2,000 people at a time from the tent camps to clean streets and collect garbage. In their distinctive blue uniform with the Yéle logo, they were a common sight around Port-au-Prince.

Talking to my hard workers employees before they start cleaning the streets of Haiti, right after the Earthquake on January 2010.

On Friday there were two posts featuring bits from a press release by Jean's attorneys. One announced that Jean helped pay for an audit of Yéle:

“Wyclef Jean helped pay for the independent audit of Yele because of his commitment to both the organization and the people of Haiti, and while most of its findings to do not in any way relate to him he is nevertheless commited to ensuring that things are made right,” according to Mr. Jean's attorney, Avi Schick.

The other announced that Jean was working to clear up any issues related to Yéle:

According to Jean's spokesperson Melanie A. Bonvicino, ” At present my client Wyclef Jean and his legal team are working “assiduously” to resolve any pending issues with respect to Yele prior to its closing, as Mr. Jean continues his tireless commitment to his “beloved” country by remaining steadfast in his efforts to encourage the global community to join him in supporting ongoing relief efforts in Haiti.

Ms. Sontag has perfected a genre of reporting that is a freestyle mix of fact and fiction. This is not a new journalistic phenomenon, but what distinguishes the coverage of hip hop artist Wyclef Jean, in connection with the Yéle Haiti organization he co-founded, is the sheer audacity of the fiction. Each fact is matched with the most outrageous distortion imaginable, a process made possible only because Ms. Sontag and others have been absolved from accountability for their fabrications.

Akelia Lawrence-Maitland posted a comment on the page criticizing the link between charity and celebrity:

Many charities look desperately to ‘celebrities’ to help at least bring awareness to their work…the charities need the influence, attention and resources that celebrities bring to the table. Unfortunately, celebrities make charities ‘pay’ them, and ridiculous amounts at that, for extending themselves. They don't need it. And by the time the fundraiser is done, most of the money goes to costs than to the people it was intended for. Quite sad —- and we wonder why the world's problems get worse rather than better. But things have a way of coming full circle.

Out in the blogosphere, Jean was widely criticized and ridiculed for the downfall of his charity.

your lack of integrity is affirming the corruption, the brokenness, and it is so discouraging and heartbreaking to people world wide…especially your own people, the people of Haiti…who have been so proud of you and the way you have supposedly fought for them… Wyclef ..i am mad at you…and heartbroken for my Haitian family and friends….

Jovin felt that as a celebrity, Jean should be held to a greater standard of accountability:

see i know people are people and we make mistakes, we can be selfish and do a lot of things that aren't true to the reputation we have created, but the thing is when you take the responsibility of being in the lime light you will and in my opinion should be held to a higher standard… because you are a role model, an example…and when you fall, make that mistake, well unfortunately, you're effecting a lot more people…your influence has reached farther and wider than say those around you who are not in the lime light….

Still, she hoped that Jean could redeem himself:

may the Lord convict you, change your heart and allow you to see what a mistake this is…and with that realization maybe redemption and something better can come, but as of right now…i am so discouraged and mad that you could chose to join in the corruption, greed and money game….instead of being who you claimed to be…. and have integrity.

A View From The Cave used Yéle Haiti to show what could go wrong with charities/NGOs:

The organization became flush with cash following the earthquake and managed to spend half of its money on overhead costs, generally a red flag for an NGO. A lack of focus meant that Yele largely only accomplished surface level impacts which contributed to incomplete projects.

According to A View From The Cave, while celebrities are not necessarily bad managers, their presence can cause people to neglect due diligence:

Certainly celebrities are not inherently prone to fraud and bad aid. Though Sean Penn has personally taken criticism from this blog and other places, I understand that his J/P Haitian Relief Organization is doing good work and has gained the respect of aid workers in Haiti. Yele is an example of how a large personality can lead people to support without asking questions. Fortunately Sontag's fine reporting helps to uncover a poorly run NGO.

Data Fois Gras pointed out that even Yéle Haiti's website has gone down:

Wyclef Jean's highly-hyped Haiti charity defunct and in debt, surprising approximately nobody:Yéle is bust. How bust? So bust that their domain, yele.org, has expired.

Antigua and Barbuda  3 days ago 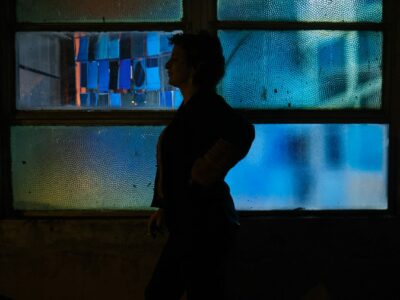