Enrique “Kike” Arce is known online and on walls as Aslan, one of the most innovative street artists working in Puerto Rico. His online presence has developed into a key instrument for promoting his work while actively engaging with his followers and fans. Aslan's projects mix the more traditional art tools – pencils, ink, paper, acrylics on canvas – with cutting edge social tools like Instagram, blogger platforms, as well as more playful components like toys, t-shirts, vinyl records, and tiles.

Aslan's blog is a virtual gallery of his works and ideas, which reveal a joyful, highly stylized and colorful world filled with wonder and nostalgia, and influenced in large part by American and Japanese popular culture. Enrique recognizes his art as fun for both him and his audience – and it is precisely that preoccupation which brings cohesion to his various projects.

His series of airplane photographs, #parriba [es] (upwards), is perhaps Aslan's most ambitious and engaging project yet. Using his iPhone and the popular photo application Instagram, Enrique documents airplanes flying high above – collecting hundreds of samples in the process. A selection of photographs is then printed and pasted unto tiles which are scattered throughout San Juan's buildings, walls, and streets. People are invited through his blog and Instagram to participate on a “Scavenger Hunt” [es]: the first person to find each tile and take a picture of its location wins his own copy. Selections from the #parriba series.

The #parriba series is a powerful example of the interactions possible between artists and the public at large online. By blending technology, exploratory elements, and serialization, Aslan has arrived at something that is both rigorous and accessible, art that can be enjoyed far from the galleries that often alienate artists from potential followers – and clients.

Global Voices (GV): How would you describe your work? What do you think are its most distinctive features?

Aslan (A): My work demonstrates the passion I felt as a kid towards japanese Otaku culture and the Pop Culture of the 80's. In a very spontaneous way, I've decided to illustrate these fantastic themes that congregate in my mind, creating characters or creatures from how I see the surreal world.

GV: Do you feel as part of a wider artistic movement?

A: I think that my work has made me part of a group of emergent artists in Puerto Rico. Puerto Ricans are known around the world for being helpful, for extending a helping hand to neighbors, friends, co-workers – and that is not an exception in the art world. The support that each of my projects receives is grand, it transcends barriers and turns into friendships. Criticism is constructive and helps us to improve.

A: I decided to use the medium as a means of expression towards an artistic goal. I'm an impulsive and hyperactive person that always needs to find something to do and I found the perfect medium – social networks, which have so much happening that they are a perfect match. They represent a new lifestyle where we acquire tons of information. I decided to show my work through them in order to help in educating Puerto Ricans to appreciate art.

GV: How did you arrive at the concept for #parriba and why your fascination with airplanes?

A: If you only knew – I have no fascination with planes. It's more like an obsession with posting (photos). When I first decided to think about what to do with Instagram that was different to how it is normally used for – photos from daily life – I found planes interesting because of their abundance and the monothematic capacity that proved to be a perfect fit with my vision.

I started collecting them at first without a clear motive. It wasn't until I decided to work on the series that I realized that this exploration could lend itself to a different type of artistic creation that would attract attention. Its interesting to see how simple ideas such as looking up (or “p'arriba”) and photographing an airplane are the ones that attract more people.

GV: How many pictures of airplanes do you currently have? How many do you need?

A: Over the past six months – or more – I've been taking more and more pictures. It has become part of me, to the point I've collected over 600 photos. I think for a project like this to take flight you need at least 200 photographs or more. Although it is never enough – I've thought about expanding the project to the whole island and I would need more than a thousand photos. It's something I have been thinking about and will decide sometime. For the time being I keep preparing myself by taking photos each time I can.

Learn more about Aslan and his work by visiting his blog and following him on Twitter.

This interview is edited for length and context. The full interview was published (in Spanish) in PuertoRicoIndie.com and can be read here. 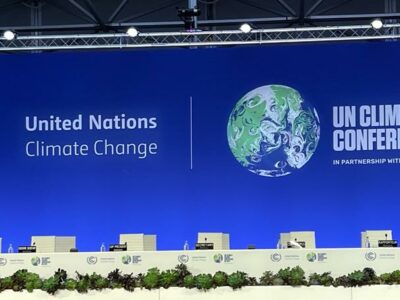 Caribbean negotiators should seek solutions and support at COP26 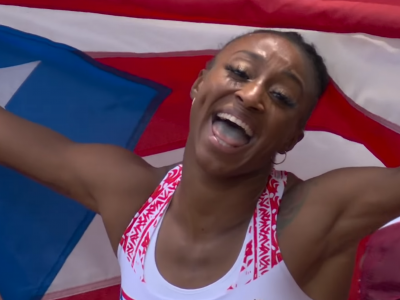