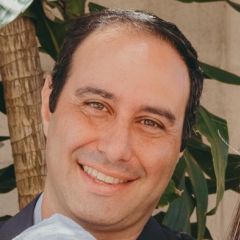 Few people thought the Lebanese Civil War, which erupted in 1975 after the Ain el-Rammaneh Massacre and raged on until October 1990 when the Syrian army took control of Baabda Palace, would cause the deaths of over 150,000 people, the disappearance of 20,000 people and the displacement of hundreds of thousands of Lebanese of all sects and backgrounds.

This left families searching across the country for information about what happened to their children. After the war, a commission was established to investigate the fates of the missing, which focused its efforts on raising awareness of the issue of the missing and kidnapped people to the government and civil society organisations by means of demonstrations and protests in front of the offices of the United Nations and human rights organisations.

Recent kidnappings carried out since the outbreak of the Syrian revolution have made abduction a constant threat once again and have drawn new attention to the issue of Lebanon's missing people.

Recent kidnappings include: that of the Syrian Shably al-Aisee from Aley in Lebanon last year (his whereabouts remain unknown); the kidnapping of three Syrian activists in Lebanon that had surrendered to the Syrian authorities; and the abduction of 11 Lebanese in northern Syria at the end of May 2012.

Human rights activists responded to these events by writing articles on their personal blogs and social networking sites to shed fresh light on the issue and are working in partnership with the commission for missing people which is currently campaigning with new tools and techniques in the streets of Lebanon and Syria as well as online. The missing: their fates depend on the proposed law. “Accountability”. Used with permission

As a part of the solidarity campaign, the families of missing and abducted people wrote [ar] ‘a message to Widad Halmani: the eye resists the awl‘ on the blog “Accountability”, the online magazine of the national campaign for the pursuing of the criminals of the civil war:

The interview with Widad Halmani was shown on the program “special visit”, broadcast by Al Jazeera, which examined the planned “law for missing and abducted people” currently being drafted in coordination with civil society organisations that hope it will be adopted by the Lebanese authorities. The general amnesty: it absolves the perpetrators and condemns the people. Nadine Bekdache on Twitter @NadineBek. Used with permission

The victims’ families continue to fight for their right to know what happened to their children, not just those that are still alive but also the dead. They also continue the struggle for recognition from the war's survivors in society at large.

The blog “walls of Beirut” wrote this [ar]: