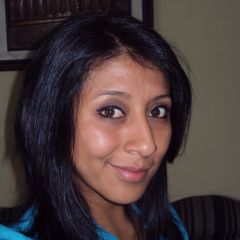 Due to its geographical proximity, Colombian citizens migrate to Ecuador to escape the consequences of the violence caused by the armed conflict in their country. In Ecuador this has given rise to social and economic controversy with many Ecuadoreans reacting negatively to the arrival of the Colombians.

Refugees are still discriminated against in Ecuador and their human rights affected. We are working to reduce this.

As many users [es] have shared on Twitter, Ecuador has been named as the country which receives the highest number of refugees in Latin America. At the same time, a study carried out by the Consultancy for Human Rights and Displacement (CODHES), backed up by data from UNHCR, shows that Colombia remains the highest-ranking country in the world [es] in the number of internally-displaced persons and refugees, with more than 5.28 million people, all as a result of the internal conflict.

The website Refugees United [es] collects the stories of many displaced Colombians who live in the rural areas on the Ecuadorean border. The highest number of Colombians is found in the border province of Sucumbíos where they engage in agricultural or commercial activities as a means of subsistence.

Numerous [es] humanitarian assistance campaigns have been led by the national government, neighbouring countries and organisations such as the UN, UNHCR [es], CODHES [es] and Doctors Without Borders to improve the conditions of thousands of displaced Colombians on Ecuadorean territory.

The UNHCR has shared a series of videos on the Internet which illustrate the reality for thousands of refugees on the Ecuadorean border:

In turn, the President of Ecuador, Rafael Correa, has declared [es] that he condemns all forms of xenophobia. He also states that the policy of open borders with Colombia has nothing to do with the growing “wave of delinquency”, and that the prison population is minimal in relation to the economically active population which boosts the Ecuadorean economy.

The head of state also referred to the Andean community alliance and the pact between countries like Colombia, Peru and Bolivia which promotes human mobility in the region. Moreover, the President called on Colombians to declare themselves and demonstrate that they are citizens fleeing from an armed conflict and that they have not come to commit criminal acts.

In relation to recent criticism of the Ecuadorean state for demanding a police history document from Colombians seeking asylum, Luis Varese [es] from UNHCR stated that the state “has the right, just as it grants refuge and asylum, to check the cases which it considers to be appropriate”.

On Sunday, June 17, 2012, a mobilisation was carried out in support of refugees with some Twitter users inviting more people to join the cause, such as Vanessa Hervás (@VanessaHervas) [es]:

Activities this Sunday 17 in Quito to celebrate World Refugee Day. Bike ride from the Plaza de la Independencia to the Carolina

Up until May this year #Ecuador has recognised 56,200 refugees, of whom 98.5% are Colombian. @ecuainm

Finally, the Jesuit Service for Refugees and Migrants in Ecuador (@serviciojesuita) [es] notes:

“The integration of refugees and migrants in society is a right which enriches our culture.” @SJRLAC“