Today, e-waste, electronic waste or electronic scrap, is ‘one of the fastest growing waste streams in the world’ and environmentalists everywhere are justifiably concerned about their ‘end of life’ disposal.

In India too, the concern about e-waste management has been rising steadily over the years, especially given the huge leap in the quantum of e-waste in the country over the last seven years. According to a recent report (pdf) by a committee formed by the Union Ministry of Environment and Forest (MoEF):

Dumping of E-waste poses a major challenge in India. Imports are one of the major sources of E-waste in the country, most of it coming illegally. This adds to the huge volume of waste being dumped and processed within the country. The accurate data on such imports is not available largely owing to the nature of the trade. However, estimates suggest that imports account for an almost equal amount to what is being generated in the country. Improper disposal of E-waste causes huge hazards to health as well as the environment and hence is a matter of grave concern. It is not as if India is new to ‘improper’ disposal and recycling  of E-waste. Rather, as Amit Ganguly of Sustainable Sphere points out:

Major recycling of e-waste is carried out in the non-formal sector using primitive and hazardous methods.

That this form of recycling is hazardous is undoubted, since the release of toxic chemicals such as lead, mercury, cadmium, dioxins from burnt plastic/PVC etc., can pose serious health risks. Nevertheless, till date, about 90% of India's e-waste is being recycled informally. The E-waste  management market in India is around half a billion dollars and growing at 25 per cent.

This short documentary, uploaded on YouTube by Greenpeace on February 22, 2008, shows how e-waste is handled by the non-formal sector in India, with complete disregard and more often, complete ignorance about the potential environmental and health hazards posed by this day-t0-day activity, through which they earn their living.

Realizing the need to tackle this growing problem, the aforementioned committee formed by the Ministry of Environment & Forests, has recommended that the management of e-waste be taken up at three levels, viz. Legislative, Administrative and Technological measures. The new e-waste legislation that comes into effect from May 2012 onwards, includes legal provisions for Extended Producers’ Responsibility (EPR) for recycling, reduction of hazardous substances in electronics and setting up of collection centres.

Vineet at greenarth.com elaborates on the new, upcoming legislation. He writes:

These rules will be applicable to every producer, consumer and bulk consumer involved in the manufacture, sale, purchase and processing of electronic equipment or components. The Central Pollution Control Board will be an active participant in the whole process in the capacity of a monitoring and watchdog agency – and will be required to submit an annual report (state wise) with regards to the implementation of these rules.

However, environmental activists feel that much more needs to be done, not only towards strengthening the mechanism to check illegal import of e-waste, but also towards acknowledging and integrating the non-formal sector in the ambit of proper e-waste management.

In a post on yourstory.in, blogger Jubin Mehta points out some of the initiatives which have been launched in India to increase awareness about e-waste disposal and recycling of e-waste in a proper, scientific manner. He writes:

There are startups entering into this field and trying to make a difference but the numbers depicting the rate of production of eWaste are disturbing. Companies like Attero, Recycle Trade India and Ecocentric in India have started activities on this front and should do well because the size of the opportunity here would possibly outstrip any other barrier

Way back in 2008, on the blog Inhabitat, Mahesh Basantani had spoken about another such initiative in Mumbai:

Several efforts have been made, by NGOs and the Government, to make the process of recycling safer and more eco-friendly. In continuation to these efforts a newly launched company, Eco Reco (Eco Recycling Limited), looks promising. It is the first of its kind in the state of Maharashtra and fourth in the country.

Some other similar ventures operating  in the area of reverse logistics in the organized sector are Greendust, Reverse Logistics Company, Future Supply Chain etc. These companies have by and large welcomed the legislation, expecting opportunity growth in their line of business. 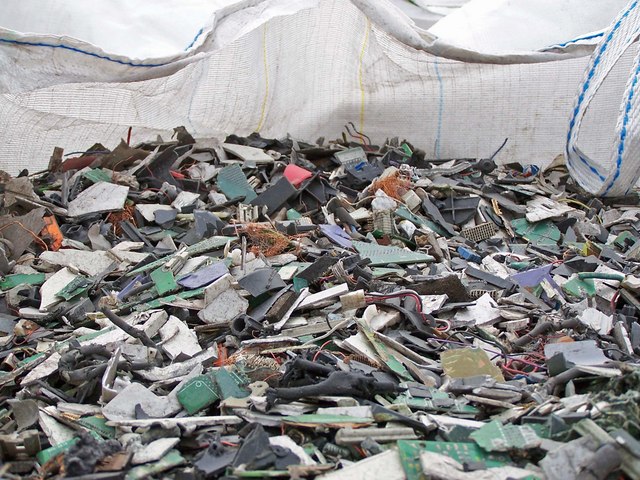 Manufacturers of electronics on the other hand have reacted cautiously to the law which aims to lay a large part of the responsibility and accountability for reverse logistics at their door. Companies such as Hewlett-Packard have stressed on shared responsibility where the end consumers are equally responsible for the way they dispose electronic items and the government for providing proper infrastructure for the same.

With India's not-so successful record of implementing environmental laws, it remains to be seen how sincerely the various stakeholders work towards generating awareness about the issue  as well as tackling the growing e-waste menace effectively.