Africa: Interview With Africa Desk Officer at the Committee to Protect Journalists

Abdoulaye Bah (AB): First of all, who is Mohamed Keita ?

Mohamed Keita (MK): I run the Africa desk of the Committee to Protect Journalists (CPJ), which is based in New-York.

AB: What are the aims of CPJ?

MK: CPJ is a nonpartisan, not-for-profit, nongovernmental organization dedicated to defending press freedom worldwide since 1981. CPJ was founded by a group of eminent American journalists, including the late Walter Cronkyte and Dan Rather, to support their colleagues around the world during a period of kidnappings and murders of journalists in Lebanon and Latin America in the 1980s. CPJ cherishes its independence from any government and does not take any contributions from any state.

Logo of the Committee to Protect Journalists. Image source: http://cpj.org/.

AB: What are the African countries where freedom of expression is most at risk?

MK: Eritrea: President Isaias Afewerki brutally closed down the independent press in this Red Sea nation in a September 2001 crackdown on dissent. Since then, Isaias’ information minister Ali Abdu runs and directs the propaganda machine of the state-controlled press. The government directs journalists what and how to report on. It is the African country whose prisons are holding the largest number of journalists (at least 28). All the journalists are held in secret prisons without charge or trial and without contact with their families, with many of them thought to have died in custody. Only Iran is imprisoning more journalists worldwide.

Ethiopia: In February 2011, Ethiopian police threatened to throw into prison dissident blogger Eskinder Nega if he did not stop comparing the Arab Spring uprisings to Ethiopia’s 2005 pro-democracy protests. Eskinder was arrested 9 months later on terrorism charges and faces a possible life sentence in a politicized case based on his critical online writings. Ethiopia operates sub-saharan Africa’s most extensive snd sophisticated Internet censorship infrasctructure and was ranked among CPJ’s top 10 Online Oppressors.

The government of Prime Minister Meles Zenawi is trailing only Eritrea in imprisonment of journalists. Almost all the journalists, including two Swedish reporters, have been charged with terrorism for reporting on opposition and rebel groups. With a series of restrictive laws, Meles’ ruling EPRDF has tightned absolute grip over media licensing and regulation, the public state media and all public institutions. The independent press is limited to a handful of private newspapers and one radio station. The government also jams radio programs from Voice of America and Deutsche Welle and bans journalists’ access to the Ogaden where a rebellion is taking place. Meles’ government has driven into exile the largest number of journalists in the world over the last decade.

Gambia: President Yahya Jammeh's years of intimidation of the press, a series of arson attacks on media houses, the closure of newspapers and radio stations, the unsolved murder of Deyda Hydara and the disappearance in government custody of reporter Ebrima Chief Manneh, have created a climate of terror for journalists in Gambia and forced the best journalists into exile.

Zimbabwe: Zimbabwe arrested and prosecuted a man last year for posting a political comment on Facebook. President Robert Mugabe's ruling ZANU-PF has allowed only a handful of independent newspapers to operate in Zimbabwe while retaining absolute grip over media licensing and regulation and national airwaves. Journalists operate under some of the world's most restrictive security and media laws.

Equatorial Guinea: President Teodoro Obiang's grip on the oil-rich nation is based on strict control of news and information. The president and his associates control all the media outlets in the country and no journalist is able to report independently about national priorities or spending or corruption.

Rwanda: Paul Kagame justifies restrictions on the press by invoking Radio Milles Collines, which in fact was a government-sponsored radio station, not an independent station. Kagame's government also abuses laws against “genocide ideology” and “ethnic divisionism” to prosecute and jail critical journalists and opinions contradicting the official version of the 1994 genocide.

Somalia: all belligerents in Somalia's conflict target journalists who are caught in the crossfire between rival militias, warlords, government and insurgents. Somalia is the deadliest country for the press in Africa: at least 40 journalists have been killed since 1992.

South Africa: President Jacob Zuma's ruling African National Congress has faced press criticism over its record on corruption, crime and poverty. To silence the critics, the government has introduced a series of legislative proposals that would criminalize investigative journalists, including the controversial Protection of State Information Bill, which critics have called the secrecy bill. Verbal and physical intimidation of journalists, particularly by the ANC’s youth league is on the rise.

Angola: President Jose Eduardo Dos Santos and his associates of the ruling MPLA control most of Angola's media outlets and enforce censorship of news and information. only 2 newspapers and 2 radio stations were not controlled by the government. Journalists reporting about official corruption are prosecuted and given prison sentences. Security forces attacked and intimidated journalists reporting on anti-government protests by youths calling for Dos Santos to step down.

Angola and Cameroon have introduced legislative measures to combat “internet crime” but the laws punish the electronic dissemination of photos and videos of public events with prison terms.

Democratic Republic of Congo: Journalists operate at the mercy of security forces, rebel groups and powerful politicians who abuse journalists in total impunity. at least 8 journalists have been murdered since 2005 with justice falling short of solving the murders. AB: Bloggers from North Africa have contributed significantly to the success of revolts in the countries of North Africa. Is it conceivable that in sub-Saharan Africa bloggers play a similar role?

MK: Social media tools have become platforms for the kind of dissent that is repressed offline and they are used to organize protests offline. Some governments, such as Ethiopia, Angola, and Cameroon, are beginning to crack down on this use of the Internet, by passing laws against “cyber crime” or intimidating bloggers. In addition, Facebook, Twitter and Youtube users who are posting photos and videos from the streets using their cell phones are breaking some of the biggest news in Africa these days, and traditional media is trying to keep up with them.

AB: In Mozambique, in 2008 and 2010, well before the revolutions in the Arab world, the civil society was able to organize a demonstration against the rising cost of living using SMS. In Ghana, in 2010, citizens participated massively in constitutional review by using Facebook and mobile phones. Should these examples be regarded as exceptional cases or other similar events may occur elsewhere?

MK: Social media in the hands of young citizen journalists is fueling protest movements in Angola, Nigeria and Senegal. The cover of CPJ

AB: What role do you attribute to social media in Africa and what are the obstacles?

MK: They have democratized news and information – making it more difficult for governments and the enemies of press freedom to keep a nation into the dark. it has created a virtual bridge between Africans in the Diaspora and those in the home countries. but the users are still largely unprepared to the dangers lurking online. Zimbabwe arrested and prosecuted a man last year for posting a political comment on Facebook. and many governments regularly demand email passwords of journalists in custody. Data security is the next challenge for journalists as more of them start to mostly work online.

AB: What can we expect from the African Union?

MK: The AU has a Special Rapporteur on Freedom of Expression but she works only part time and lacks the resource to do her job. AU member states still lack the political will to respect press freedom and protect journalists. Regional human rights instruments like the Court of Justice of the Economic Community of West African states (ECOWAS) give us hope. The court issued landmark rulings against the Gambia on cases of disappearance and torture of journalists, but the problem is enforcement.

MK: Each new year brings new challenges in this battle to keep the press free. The secrecy bill in South Africa has to be defeated, because South Africa is a model of democracy and free press for the continent, and this bill threatens to undo 18 years of progress since the end of Apartheid. South Sudan, the world's newest nation, is already abusing press freedom, this is also worrying. Ethiopia and Burundi's abuse of terrorism laws to prosecute and jail critical journalists is a disturbing new trend that has to be stopped. Press freedom is on the brink of extinction in Ethiopia, Angola, Gambia and Rwanda. Niger is probably the best example of a country where press freedom has advanced. 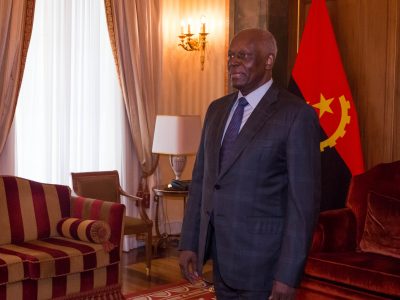