An extremist right-wing survival camp, about 230km east of Jo'burg, is breeding virulent racism, training teenage boys in its ideology.

On its website, the Kommandokorps describes itself as an elite organisation “protecting its own people” in the event of an attack, it writes, necessary “because the police and the military cannot provide help quickly enough”.

Last year, it signed a saamstaanverdrag (a unity pact) with the Afrikaner Weerstandsbeweging (AWB) and the Suidlanders — a small whites-only group that is awaiting the racial apocalypse — to coordinate their security strategy together. The paper has also produced a short documentary about the Kommandokorps called Afrikaner Blood.

when I watched the video about the Kommandokorps program (somewhere in countryside South Africa), I felt a mixture of anger and sadness. […] What moved me most about the video is the sheer existence and cunning of people like Jooste who prey on people's paranoia and their fears and worst of all, see that as a vehicle to advocate and promote hate.

Of course as a Black person, I was unbelievably offended by the horrific statements and wild generalizations made about Black people in the video, but more than that, as a human being, I was really touched by the thought of the massive impression these statements were making on those young men.

“No utterances of hate speech are ever made. Cadets are taught to love their own language, culture, traditions, religions and race. That is in the Constitution,” its executive director Franz Jooste said.

Ejay's has a round up of comments and articles about Kommandokorps and their members:

When you convince a child that blacks are the enemy, the danger is that he will act upon it. He gets a gun, climbs on to a bus full of black schoolchildren, and shoots 20 of them dead. That’s a realistic danger. It’s brainwashing, and it’s easy to do

Polticsweb published a statement issued by Mmusi Maimane of the Democratic Alliance:

In the video Afrikaner Blood, for example, he can be heard articulating profoundly hateful speech. For example:

All South Africans, and especially those who have experienced the hurt of racism, should find the continued existence of this camp an affront to our democracy and our Constitution. I am personally incensed with the prospect that this camp is allowed to continue operating for one day longer. This hate camp must be stopped now. We're asking you today … What is your take on the Kommandokorps and is there a place in our democratic society for youth camps that perpetuate hate crimes against other races?

Race is a very complex issue in south Africa…we need to intergrate,interact and tolerate each other if we are to build a beta south Africa for all

“There's no place for things like these, I read the whole story and I can tell you there's hate speech and inciting of violence, lets see if DA, afriforum and ff+ will take this up”

South Africa remains deeply racialy divided because there has not been a concerted effort to deracialise our society's. Staffing in core institutions like schools reflect this reality of a divided nation. There needs to be a social engeering programes aimed specificly to the youth and the society at large to try and inculcate the ideas of non racialism.

Abdullah believes that no one is born a racist:

No one is born a racist, it get indoctranated by parents, elders etc. I would like to see force integration on all class levels. The youth will only believe the indoctrination if they do not mix with other races. “We have made you different so that you can recognise each other”. . .Quraan.

However, Kommandokorp have posted statements on their Facebook page claiming they are not racist.

Below are some of comments about Kommandokorp appearing on Twitter:

@stoneware: It struck me how similar the sentiments expressed by Julius Malema and the Kommandokorps, just in reverse. Why are either views tolerated?

@chumisa_n: Just read the Kommandokorps articles. How atrocious. Really, really saddening to see so much hate being passed on.

@RiaadMoosa: People always wonder what causes racism. It seems like it's got something to do with wearing khaki…

The citizen reports that a motion has been passed in the Mpumalanga Provincial Legislature to close the group:

A motion to shut down the controversial “hate camp” of the Kommandokorps got overwhelming support in the Mpumalanga Provincial Legislature yesterday.

Sponsored by the Democratic Alliance (DA), the motion called for the “immediate” closure of the camp, including a full investigation into the activities at the facility by the Mpumalanga police.

Parts of the motion also called on the legislature to condemn racism of all kinds, both in this house and elsewhere in our province as well as to condemn farm attacks, farm murders and crime of all kinds. 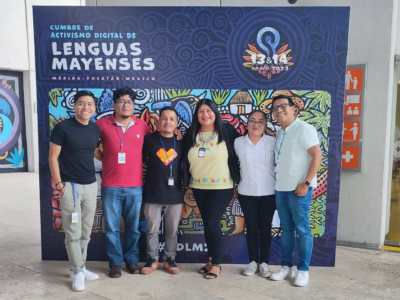