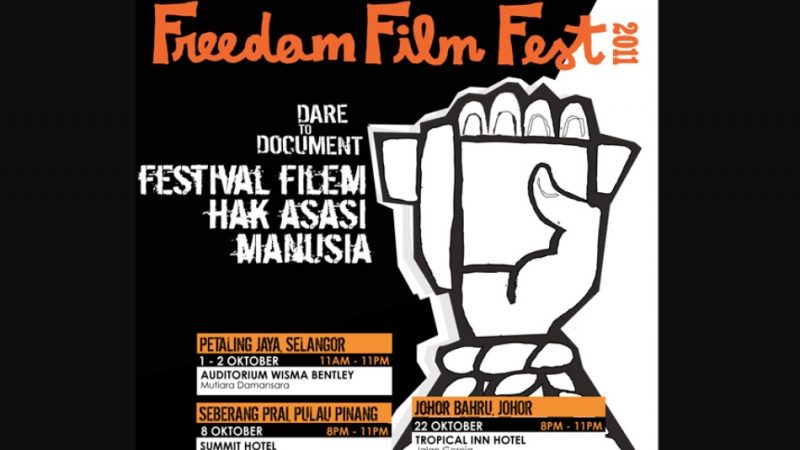 An interview in EngageMedia showcases KOMAS, an organization in Malaysia that since 1993 has been using video production as a tool to educate and advocate for human rights.

Anna Har is the director of Pusat KOMAS (Pusat Komunikasi Masyarakat) Community Communication Centre, and she explains the role video has in their outreach programs where they produce resource materials, facilitate processes, organize communities and give media training on the topics of  non-discrimination, citizenship and voter education, as well as grassroots advocacy:

KOMAS is not a video production house nor do we specialise in producing films; rather, we see it as part of the strategic and creative use of media tools for the advocacy of human rights. Between Love and Race is a short film focusing on racial discrimination, produced by KOMAS on 2006. In it, Angela and Rashid face backlash from friends and family because they've decided to date each other. Angela's parents object because they wanted her to date a Chinese boy,

Rashid's mother wishes he dated a nice Malaysian girl, as do Rashid's friends. Angela's friend Yati at least speaks Mandarin since she went to a Chinese school, so even among Yati's friends, Angela is singled out for not speaking her family's language.

Angela comes to discover that through labels, stereotypes, discrimination and expectations on race and love, what matters is how she and Rashid feel about each other.


In addition, KOMAS has also been running the human rights documentary festival FreedomFilmFest in Malaysia since 2003.  The festival includes a documentary film competition where a first-time filmmaker can pitch a proposal that they'll be able to make into a documentary if they win, video workshops and film screenings; and it has become a platform for showcasing human rights documentaries that may not have enough commercial backing or space in mainstream media to get otherwise exposed.  The 2012 FFF will be on the subject of Democracy, with the slogan of “Democracy – Who is the boss?”

The 2011 festival trailer gives us a perspective on the types of issues and topics the film festival promotes:

One of the 2011 winners of the documentary competition include Afiq Deen, who directed Huruf J, a short documentary on the hardships and discrimination faced by divorcees in Malaysia. A society that sets them apart for their condition, debt, poverty and a legal system which is unable to enforce fathers’ financial obligations with their children are some of the hurdles these women have to face when trying to move on with their lives. The film includes some subtitles and audio in English.

Huruf J by Afiq Deen from Pusat KOMAS on Vimeo.

With the online premiere of the documentary, the FreedomFilmFestival is asking you to view and review the documentary so they can add the opinions on their site.