Since January 2011, events in North Africa have resulted in a series of dramatic changes to the form (and effects) of global protest and citizen participation. There has been an extensive convergence of traditional protest and web activism, confirming the crucial role played by the ‘Web 2.0′ in confrontations between governments and opposition movements.

The Middle Eastern and North African (MENA) region has been (and remains) a fascinating testing ground for the media and politics and has inspired, among numerous other independent productions, a documentary film that features the voices of North African and African immigrants living in Italy. Called #Revolution, this short video was filmed in Padua and Bologna by citizen-reporters belonging to the Voci Globali association [it].

What did the revolutions mean for migrants? What part do they think the Internet played with respect to the results achieved?  Differing opinions emerge from the interviews. There are those who think that the Internet acted as a springboard to the revolutions’ successes, and those who maintain that social networks cannot replace public protest in the street.

Here is the #Revolution video (11+ min) [in Italian, with English subtitles]:

#Revolution will be shown in Padua on the 14 November as part of the roundtable “Tunisia, le stagioni dei gelsomini” (Tunisia, the Seasons of Jasmine) [it]. The event is included in Immaginafrica, an International festival dedicated to African filmaking launched by the History Department of the University of Padua. The festival, established in 2005, aims to promote an awareness of the complexity of the African continent in order to:

tarnish an image of Africa which is too often superficial, narrow, stereotypical and essentially negative, and which, owing to a relief-driven logic, finds too many obstacles to improving the interlocator's position. This image determines, to a great extent, the relationship with immigration, whereas recognition of different cultures’ heritage, through careful and informed knowledge of their cultural expressions- to which immigrants can contribute – can be of valuable help in constructing a mutually enriching relationship,

Since it began, the  festival's  organisers have promoted a range of activities including the  establishment of an university course in African film-making, especially francophone productions, with a particular focus on productions from Burkino Faso. The course is the first of its kind in Italy. Alongside the lectures the course aims to establish exchanges between Italian and Burkinabé researchers (like  Justin Ouoro [fr], the film critc) as part of a collaboration between the Universities of Padua and of Ouagadougou. “Pégase” [fr], by Moroccan Mohamed Mouftakir, winner of Burkinabé film festival Fespaco 2011 [fr], will be also shown at Immaginafrica.

Two other documentaries will be shown in Padua, “Laïcité, inch'Allah!” [fr], filmed in Tunisia during the revolution and “I nostri anni migliori“, filmed in Italian refugee centres in Mineo, Manduria and Palazzo San Gervasio. Participants in the round table discussion which will follow include the young historian and web activist Mehdi Tekaya, the film critic Tahar Chickaoui [fr] and Fethi Ouesleti, a Tunisian immigrant worker and the protagonist of the second documentary mentioned. The discussion will be chaired by journalist and blogger Gabriele Del Grande.

Given the results of the elections [en] held in Tunisia on the 23 October this year, should the young Jasmine revolutionaries be disheartened? The joy created by events at the beginning of this year is clearly audible in this radio interview with Tahar Chikaoui, published on Immaginafrica's website in January [the emotion in his voice conveys the historic nature of events, even to listeners who don't understand Italian].

The results of the elections have shown the Internet's limitations in terms of its ability to innovate and the complexity of social strata. The 27th of October this year, the Algerian writer Tahar Lamri [en] posted the translation of a video [ar] made by the Facebook group 10 Millions de Politiciens [ar, fr] on his Facebook page. The translation reads:

Elections are not won on the Internet/ They are not won by playing the tourist among people's problems/They're not won if, as soon as you take the microphone, you say: populism, elite, ignorant population, secularism is the be all and end all./ They're lost because the intellectual knows Brecht but doesn't know anything about the people/ elections are not won by songs. Aliens thought that Tunisia was Mars, that's the reason why they lost…

The e-book “70 chilometri dall'Italia” (70 km from Italy), edited by Voci Globali (with an introduction by Mehdi Tekaya) will also be launched at the conference. Following the success of the first edition, published this spring by quintadicopertina.com, the book has been extensively revised and updated to reflect the elections on the 23rd of October, including reactions and perspectives following the results. The e-book integrates a broad historical and political account with a selection of the most significant posts on the topic already published on Global Voices in Italiano.

Camilla Corradin contributed to this translation. 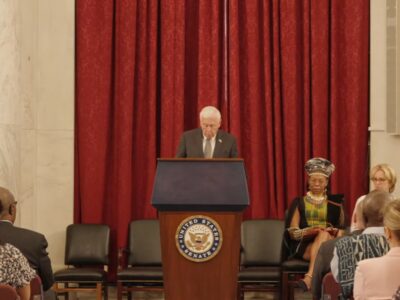 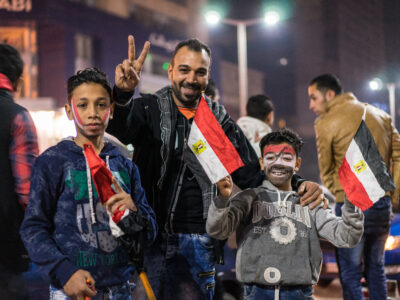