For the past few days, things have accelerated in Cote d’Ivoire.   International media seems to have regained an interest in the Ivorian crisis. A status quo which would have kept the country in a complicated stalemate was feared for a while.  But after the inconclusive negotiations with the African Union, Ouattara’s camp has decided to take action.

Following a meeting between the officers of the RHDP which took place on the 29th March, blogger Seth Koko reports that : in response to the suggestion of further talks with his opponent Laurent Gbagbo,  Allassane Ouattara stated in no uncertain terms that [all links in Fr]:

“All the peaceful ways and means  to exit the crisis have been explored.”

After this announcement, the sides gathered themselves and within two days, several towns fell one after the other into the hands of pro-Ouattara forces, recently renamed the  FRCI (Republican Forces of Cote d’Ivoire). The cities that were claimed by the FRCI were   Duekoue, Daloa, Bondoukou, Abengourou, Tiebissou, Gagnoa (the birthplace of Laurent Gbagbo) Soubre, San Pedro (a harbour town which exports the bulk of Ivorian cocoa beans). In just a few hours, 75% of Cote d'Ivoire territory was under the control of Ouattara’s forces.

This dramatic breakthrough, achieved without too much difficulties, has prompted magazine Jeune Afrique to ask in an article published on March 31:

Who still wants to defend Laurent Gbagbo? The advance of the pro-Ouattara army is striking, as if the Force de Défense et de Sécurité (FDS), loyal to the exiting president Laurent Gbagbo, no longer had any desire to fight. The Republican Forces of Cote d’Ivoire (FRCI, pro-Ouattara) took hold of Yomoussoukro on Wednesday night without meeting any resistance, while the Republican Guard, an elite pro-Gbagbo commando, could have created a lot of problems for the assailants.

The advance has been so incredibly fast that, on social networks, some Ivoirians turn to irony and speak of “a car race ” :

Loss, Wattao, Cherif, Morou and Zacaria are the different commanders of the pro-Ouattara forces currently moving towards Abidjan, the economic capital and the most populated town in the country. The commanders of the FRCI have been clear: their objective is to make Laurent Gbagbo step down and to achieve this, Soro Guillaume, the first minister of Ouattara Alassane, is not ruling out any speculations, as Radio Africa no. 1 announces:

“Mr. Gbagbo still has a few hours left to leave, otherwise, troops will march on Abidjan. And it will be much more complicated for him.”

Still,  it cannot be excluded that despite the tactical retreat, the Forces of Defence and Security (FDS) loyal to Laurent Gbagbo  have something else in store. Many people dread that Laurent Gbagbo is regrouping his troops in Abidjan in preparation for the final battle. The various troops of the FDS who have withdrawn, faced with the imminent advance of the FRCI, still have their respective military headquarters located in Abidjan. Equally, finding themselves in the same situation are the large military camps, a large concentration of soldiers and the main heavy and light artillery detained by the forces of Laurent Gbagbo.

It should be especially feared that the FRCI will return to Abidjan only to find themselves confronted by recently enrolled and armed young patriots, such as the prisoners of the MACA (Abidjan jail). This fear is shared by many observers, media groups and Ivorian civilians. On Twitter, an Ivorian who had fled Duekoue voices his concern about the imminent assault on Abidjan:

“I would prefer Gbagbo to resign before the fighting in Abidjan commences, as it’s going to be a real pity if it takes place. Too much blood is going to be spilt.”#CIV2010

Another Ivoirian announced that the return fire of the pro-Gbagbo forces will result in yet more blood being spilt:

“I tell you: the counter offensive military attack of the pro-Gbagbo forces will be violent and fatal. Your militias will be overthrown.”#civ2010 #clifci #france24

Whilst everyone is asking themselves questions about the inevitable final battle in Abidjan, Slate Afrique posted an article online which affirms that the war in Abidjan has already begun:

But the fear is at its height in Abidjan; whereas Gbagbo’s forces may withdraw, they are more than likely preparing themselves for a final confrontation which risks turning into a massacre.

This fear is visible in a speech posted on Thursday,  March 31, by an Ivoirian internet user:

It is certain that the most dangerous day of all has reached Abidjan today.#civ2010

Within a context marked by the new sanctions against Laurent Gbagbo and his close associates, and more especially by the young patriot’s preparations for war, the majority of Ivoirians are dreading the infamous final battle of Abidjan as it risks spilling yet more innocent blood. 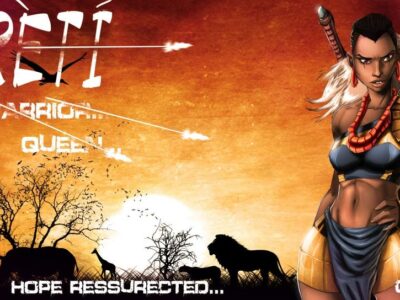