Qatar: A World Cup in the Clouds

A report of a remote-controlled, solar-powered hovering shade, which could be used to cool soccer stadiums in Qatar, has taken on a life of its own, putting the small but wealthy Gulf nation in the spotlight once again.

Almost a week ago, The Peninsula newspaper wrote a brief, three paragraph article describing research at Qatar University for an “artificial cloud”, attributing the story to an Arabic newspaper. Two days later, the story made it onto the BBC Sports page, this time including an animation of the robotic “cloud” from Qatar University.

And then the next day, it was on CNN:

And by now, it's had a run in Time, NBC Sports, Fast Company, Bldg Blog, the Daily Mail, Engadget, and io9, to name a few.

Perhaps the most amusing – and most retweeted – take on the story though, was by Yahoo! Sports: Qatar stole its artificial cloud idea from television cartoon The Simpsons.

In the legendary two-part 1995 episode entitled “Who Shot Mr. Burns?” nefarious power plant owner C. Montgomery Burns devises a plan to create a giant shield that will block the sun and keep Springfield in perpetual darkness: 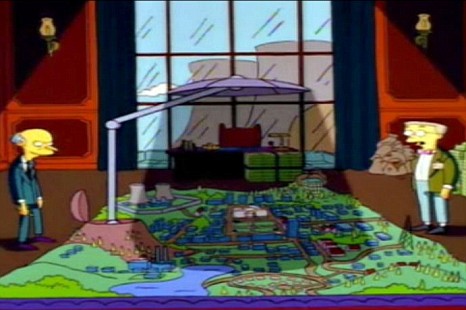 Their claim that “while Qatar may have added their own twist … the core idea is clearly ripped from a 16-year-old cartoon”, even illicited a response from a former Simpsons show writer:

@thatbilloakley: Qatar better be paying me residuals on this idea: http://yhoo.it/g1EcMo

In its many iterations and reprints, the World Cup “cloud” story has garnered thousands of tweets.

@sgmansfield: Qatar to make man made clouds for the 2022 World Cup… anyone ever heard of sunblock? http://bit.ly/ghd2Ur

Others, however, have expressed exasperation at the seemingly endless life of this thinly-sourced story:

@DavidQatar: @james_Corbett this cloud story is spreading like wildfire-no connection at all to Q2022 – one prof at qatar uni muses on his research..boom

@dohanews: Is the Qatar World Cup artificial cloud story going to circulate on Twitter forever and ever??

Whether or not this US $500,000 construction will be gracing the stadia of the 2022 FIFA World Cup in Qatar though, remains to be seen.