Côte d'Ivoire: The Quest for Normalcy and the Colonial Conundrum

On January 4th, while ECOWAS emissaries were leaving Côte d'Ivoire after negociations with the two alleged presidents, Gbagbo's Security and Defense Forces (FDS) attacked Ouattara's party headquarters in Abidjan. A particuarly disturbing video posted on Youtube shows those forces handling with the corpse of a dead man.

Nevertheless, as they usually do for any other year, people in Côte d'Ivoire wanted to celebrate the new year in spite of the crisis. As explained by Suy Kahofi in an article on the ivorian website avenue225, women set themselves ready for New year's eve :

“Hairdressing and other beauty salons hosted people until midnight or even 1am.”

Another article explains that a few decided to enter year 2011 by praying and meditating :

“On the one hand you have those (christian or not) who devoted the end of the year for prayers and meditation.”

While most of the world would wish for success, love, and happiness in 2011, Ivory Coast citizens’ main wish was a return to peace.
Following the brainstorming organised by blogger Diaby Mohamed on December 20th 2010, a peace operation was launched under the name of “Operation Candlelight and white symbol for peace“; The same peace activists also managed to obtain a statement by famous Didier Drogba, and the Côte d'Ivoire national football team, who called for the respect of peace.
This call for peace was shared throughout the country, and contrasted with the narrative usually found in  traditional media  on the situation in Côte d'Ivoire, a country often said said to be on the brink of war.

The post electoral dispute between two candidates to a presidential ballot has been transformed in a symbol of the struggle of francophone Africa against the international community interference.
Particularly, following the rhetoric of Laurent Gbagbo's partisans, some consider that what is going on in Côte d'Ivoire is the proof of yet another attempt of “Françafrique”, i.e the now infamous lobbying network between France and Africa, to do and undo heads of States on the African continent.
Such position raised multiple debates among the francophone african community, making the problem in Côte d'Ivoire a cause for the whole french-speaking African region.
On Laurent Gbagbo's facebook page, which gathers a bit more than 22,000 fans, an article, called “Françafrique… the racket goes on” and written after the broadcasting on French National TV of a documentary called Françafrique, denounces the attempt of the western world, and precisely France, to impose Ouattara as a president.

“Until refutation, Côte d'Ivoire isn't under the supervision of France and UN. Why do those two predators, especially France, want to impose Ouattara at the presidency instead of elected president Laurent Gbagbo?”

The article raised 180 comments which show the radical opposition among africans. One user says :

“Thomas Sankara (assassinated former president of Burkina Faso) used to say: “Down with lazy people, down with corrupted persons and so on…” We say: Down with neocolonialism, down with Sarkozy government, down with UN accomplices, down with the ennemies of Africa, down with marionnette African leaders, down with……”

“No I refuse Gbagbo's speech. Getting out of the colonial yoke doesn't mean confiscate the power.”

Beyond Ivorian borders, demonstrations are organised throughout Africa. In Cameroon for instance, 3 opposition parties and members of the civil society called for a pro Gbagbo march in Douala and Yaoundé on December 23rd. The demonstration was scattered by police forces, and 3 persons were wounded.

According to Flora Boffy, a french blogger who lives in Cameroon, citizens in the country consider Côte d'Ivoire as an example for the upcoming presidential ballot that will be held in October or November 2011 (date to be confirmed by the electoral commission). A special coverage of ivorian events is organised by local media.

African intellectuals also take part in the debate, and the contrast between their positions is as sharp as it is among citizens.

Venance Konan, Ivorian writer, journalist and blogger, published a satirical tract “Dear Françafrique” (France in Africa) where he makes a parallele between witchcraft accusations in Africa and the alleged Western plot.

“To accuse France, is like accusing a witch when a drunk man dies while driving his car.”

No to Franc CFA currency! In accordance with their opposition to neocolonialism, Laurent Gbagbo and his partisans are now calling for the creation of an Ivorian currency. It would consist in leaving the Franc CFA zone in order to ensure the full independance of the country. The Franc CFA is considered as a pure product of the Françafrique, therefore such suggestion meets the support of many africans.

Nash Kpokou, economist of Gbagbo's camp, explains the advantages of a local currency in an article published in Le Temps Newspaper :

“No to Franc CFA and to a government elected by France. Yes to an honest and national currency, issued without debts.”

According to the local newspaper Le Patriote, Gbagbo sent his economic advisers to Venezuela in order to get advice on how to create a national currency, following the model of the “Bolivar Fuerte” launched in 2008 by Hugo Chavez. 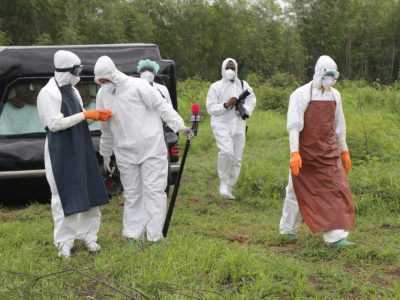 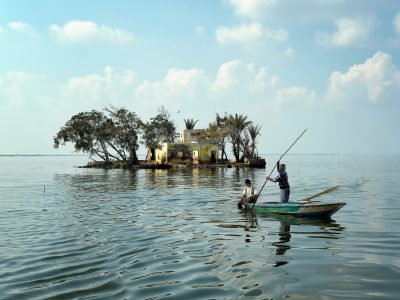