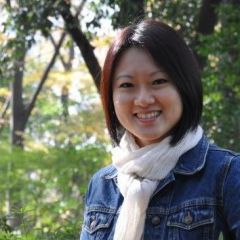 The body of Moriba Junior Dadis Camara, son of Captain Dadis Camara, was found lifeless in a swimming pool in Longueuil, Quebec, where he was studying.  It was immediately considered to be a criminal act organized by drug traffickers. Antonio Mazzitelli already confirmed that Guinea was an important hub of drug trafficking.  The website conakrynews.net [fr] asked the questions that a lot of people in the world were wondering about below:

From Conakry, Ibrahima remembers on koaci.com:

The first version talks about a settling of scores on the part of the network of cocaine traffickers, which the chief of the junta, Moussa Dadis Camara, had dismantled the day after the coup on December 23, 2008. … We remember that in the midst of this merciless struggle, the reign of Dadis Camara was initiated by the Secretary of State responsible for the battle against drugs and organized crime.  Directed by the Lieutenant Colonel Moussa Thiègboro Camara against the presumed drug traffickers, several Guinean nationals and foreigners have been put under arrest and detained in the Guinean prisons, and their trials are currently in process before a tribunal in Conakry.

However, the autopsy performed by the Quebecois jurist doctors rules out the hypothesis of murder.  A financed murder, however, would not have been surprising because this is one of the rare, positive acts from Captain Dadis Camara during his 12 months in power in Guinea:  the battle which he started against drug trafficking before the bloody events of September 28 [fr]. This theory, while unjustified in this case, demonstrates how important the drug lords have become in this country. Mamadou Ciré Savané writes about this on guinee24.com:

Sumptuous villas in ritzy suburbs with large salons of the Republic, the drug traffickers were housed in luxury.  Private jets from South America were parked almost daily on Soké soil in Guinée Maritime, or on Faranah soil  in Haute Guinée.  And Conakry, like the numerous capitals bought out by this network, had become the “by night” for drugs. Wait, there's more!  Well known engines, such as “Infiniti”, “Touareg”, ““Prestige”, Acura, Armada, Q7 or another X5, packed the streets of Conakry…

Three months after the hostile takeover by the army, arrests were made and confessions gathered.  The website lesafriques.com recounts the confessions of Ousman Conté, the son of the deceased president Lansana Conté, on the RTG (Guinean radio television) in March of 2009:

…in a show of direct confrontation between the accused and the accusers, supervised by Captain Moussa Tiegboro Camara, who was appointed Secretary of State two months ago and responsible for the war against drugs and organized crime:  “I recognize that I'm implicated in the drug trafficking in Guinea, ” confesses Ousmane Conté in an apology to the Guinean people.  “All those who know me know that I'm not a liar.  It's true, today I am in this business of drugs; I recognize that, but I'm not the sponsor.”  Nothing more was needed for a veritable whirlwind of arrests of the former dignitaries of Conté's regime to take place, as well as the arrests of the entourage of the new and powerful man in charge, Captain Dadis Camara, who was implicated as a friend of Ousmane Conté.

This penetration of drug traffickers among the potentates of the administration and the local army is not limited only to Guinea, but it concerns all of West Africa.  Citing the Chinese news agency Xinhua, afriscoop.net [fr] reports:

Senegal, due to its geographic location, has become a favored transit point of drug traffickers, state the players in the war against drugs. … According to the United Nations’ Regional Deputy Representative Against Drug Trafficking for Africa, Cyriaque Sobtafo, West Africa has become the revolving door for cocaine traffic.  “Naval vessels and planes full of cocaine arrive from Latin America to the poorly controlled ports and airports of West Africa.  In 2009, cocaine in transit through West Africa was estimated at 20 tons and valued at almost 2 billion dollars on the wholesale market in European cities,” he says.

The Sahelian are also concerned.  In fact, Baba Ahmed writes on africatime.com[fr], citing a UN report:

“Today in the Sahel, Islamic organizations are so much in control that they impose tolls on drug traffickers.”

But of the remaining countries, probably the most vulnerable to this plague is Guinea-Bissau.  The situation is such that a peace-keeping envoy, requested by the Community of West African States and the Community of Portuguese-speaking Countries, was accepted by the Guinean-Bissau government.  To this effect, the site operationspaix.net reports in this article dated August 13, 2010:

…this “dissuading” mission will have as its objective “to guarantee the security of civil authorities, to stop the politico-military upheavals, discourage coup d'etats, and support reforms within the army and security forces” all in the name of battling against drug trafficking.  Guinea-Bissau accepted their envoy on August 1.