"Nagas have long felt neglected by the central Indian government" 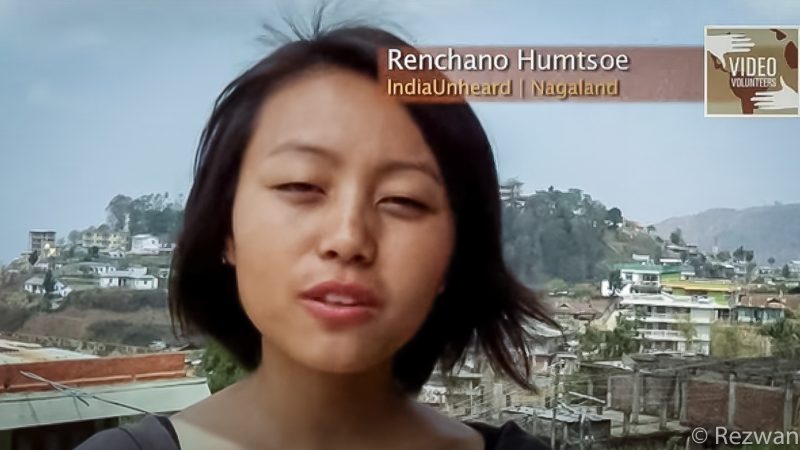 Nagaland is a state in Northeast India, bordering Burma. The population of Nagaland, almost two million people, is tribal and the majority is Christian. Some Nagas feel disconnected – “racially, historically, culturally, politically” – from India, and have been fighting to protect the “unique identity” of the Naga people from mainstream Indian influence. Nevertheless, a different culture has been making an impact in Nagaland in recent years – that of Korea.

The term “Korean Wave” refers to the popularity of Korean culture around the world, but particularly throughout Asia. It has become a noticeable phenomenon in other parts of Northeast India such as Manipur. At community media initiative IndiaUnheard, Renchano Humtsoe has produced a video report highlighting concerns about the growing influence of Korean culture in Nagaland. She writes:

Korean culture is flooding into Nagaland. New trade treaties between India and Korea facilitated the exchange of Korean goods and enabled them to enter Nagaland with greater ease. Additionally, Nagas have long felt neglected by the central Indian government. This is especially the case with Naga youth. Many believe this lack of identity with central India informs Nagas’ embrace of Korean culture. […] Naga youth have now started to adapt Korean culture. Korean television channels, programs, movies, and clothes are popular among Naga youth. Korean companies are looking into investing in Nagaland. The Nagaland State Government has even taken steps to embrace Korean culture: it hosts an annual Indian-Korean cultural festival. However, this wave of Korean culture threatens traditional Naga customs. […] Traditional Naga culture is unique. Nagaland is comprised of sixteen tribes. Each tribe uses a unique language and has its own rich cultural traditions of dance, song, festivals and other key features. Korean culture’s strong pull on young Nagas will make it more difficult to preserve Nagaland’s important tradition and identity.

Writing at GroundReport, Stella Paul, the Communications Director for Video Volunteers (the organisation which established IndiaUnheard) talks about Renchano's video:

The most-watched TV channel in the state is the Korean channel Arirang TV, the DVD and CD shops are bursting with Korean films, the hottest hair-dos offered by salons are the ones flaunted by popular Korean actors and actresses, shops are selling street fashion that is currently in vogue in Korea, cultural events in the state has special ‘Korean songs’ contests, sports events now have categories like ‘Korean wrestling’.

Otojit Kshetrimayum, Assistant Professor in Sociology at Sikkim University, in collaboration with Ningombam Victoria Chanu, writes an in-depth analysis of the nature of the diffusion of Korean popular culture through Korean satellite channels, music and movies in neighbouring Manipur state:

The introduction of cable television network has played a significant role in the dissemination of culture to other societies. [..] The Korean satellite channel Arirang is the harbinger of the Korean wave in Manipur. Its popularity began largely due to the ban on Hindi satellite channels, which used to be the favourite channels of the Manipuris. They started to look for an alternative channel, which could give them wholesome entertainment.

Hindi films and Hindi television channels, except national channel DDTV, which is under the state control, were banned by one of the underground revolutionary organizations of Manipur in the year 2000.

Another key factor is the cultural proximity theory, which suggests that media productions from culturally affiliated countries have greater reception than those from more culturally distanced countries. According to Otojit, North Indian tribes have many elements of culture in common with the Koreans.

At The Marmot's Hole, a blog about topics related to Korea, Robert Koehler has watched Renchano's report and writes:

Somehow, I don’t think [TV presenter] Lisa Kelley ever expected to show up on Youtube as the face of Korean cultural imperialism.

Of course, when [the Naga] are ready to be truly Korean, they’ll ditch Arirang TV in favor of NCIS and CSI: Miami.

Any time I see people talking about “maintaining” the culture of an area from the voluntary action of those within the culture, I look to me like outsiders like their quaint little villagers to play dress-up for them. If these kids don’t want to dress like their grandmother dressed, that’s pretty well the reality everywhere. If you want to maintain your culture, think about what really defines it and find a way to modernize that. The alternative is getting overwhelmed by people who do.

Another commenter, abcdefg, looks at why Korean culture is popular:

Korea is like the bibimpop of pop culture. One discerns a little bit of Japanese here, some American there; some bits of suburban stuff here, some 90s rap stuff there; some Korean seasoning here, some East Asian zeitgeist stuff there. Lots of various genetic muses compose Korean pop, and at this point, as an admixture, it seems to have gained its own identity; its elements aren’t unique but altogether it has its own sort of flavour.

The reason Kpop culture is catchy among other Asians? Because it’s basic. The social values Kpop espouses are materialistic, shallow, and sexual. When a product appeals to such basic things, it is fulfilling. One can also say that Kpop is popular because it is the most compatible with modern American culture and as such it is the most identifiable to those who have been encultured under America and its Hollywood.

So, is there a real reason for concern about Korean influence on Naga culture? Is such influence an inevitable part of “globalisation”? Or is this just the latest fad that will pass in time? What do you think?