Chez Gangoueus: A brilliant blog about African literature in French The Best of blog Awards 2010 shone light on a slew of fascinating blogs in 11 languages. A close runner-up for the Best blog in French award is Chez Gangoueus (fr). Réassi Ouabonzi blogs about  African and diaspora literature in French from a reader's perspective since 2007, one book at a time. With time, Chez Gangoueus has developed into a unique online  guide to African and diaspora writers.

GV : Why did you open a blog about books in the first place?

I was an avid reader as a teen, I devoured  every book available in the French cultural center in Brazzaville (Congo), where I lived. I was born in France of Congolese parents, I spent 18 years  in each country, and now live in France. Reading is time consuming, I dropped it during my  studies in physics. Then, one day, I saw Beloved, a film by Jonathan Demme based on the book written by Nobel Prize Toni Morrison. It gave me such a jolt  I decided to read all of  one her books. She brought me back to reading.

- Why do you concentrate on black literature in French ?

It was a deliberate process. I'm interested in reading how black people see themselves and are represented. I opened a blog to document my readings, and let's face it, also because it's quite a violent reality, not to find any resources about African or black literature on the Francophone web, save for the online magazine Cultures Sud. 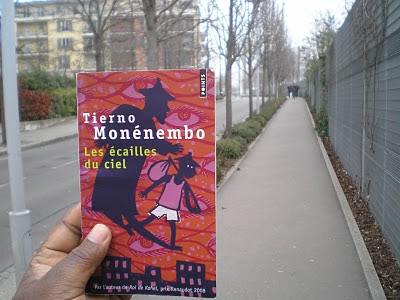 - What are the current trends in Francophone African literature?

-  I review authors from any African countries, French West Indies or in diasporas, black literature at large. But let me think: in Congo, a new generation of writers is budding, inspired by award-wining writer and intellectual Alain Mabanckou. In Sénégal, I'm struck by the current emergence (empowering) of women writers, in the wake of  best selling author Marie Ndiaye. I notice writers from Cameroon write with the same “in your face” directness and energy that they are are famous for. I must confess that I am in awe of Nigerian writers,  like the great Chinua Achebe. Among francophone writers, I could mention so many: Abdourahman A.Waberi from Djibouti,  Jimi Yuma from Congo, Patrice Nganang and Leonora Miano from Cameroon… they're all in my blogroll. 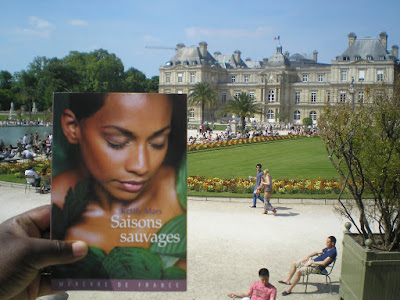 - African authors now regularly win French literary awards, but most of your finds are totally unknown, invisible in French bookstores

- Black literature in French has trouble  finding a publisher, but also a readership. In francophone Africa, books are difficult to publish, expensive and hard to find. But the problem is elsewhere. We  West Africans can write and publish our own perspectives, but we should read them, too. Somehow, Africans have trouble reading books about themselves. They look elsewhere for references. My blog offers authors  some coverage:  I get a thousand visitors per month, 50% come from Metropolitan France, 30% from West Africa..

- You sometimes stray to review Japanese or South American books on your blog, but never French “white” literature. 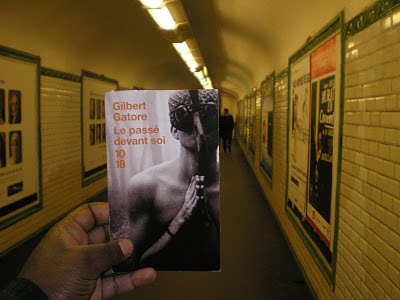 French literature is too navel-orientated. We're not on this earth for long. Let's get going. And French white writers are still totally blind to the true challenges in France, the plight of black or Arab youths disenfranchised  in poor suburbs. 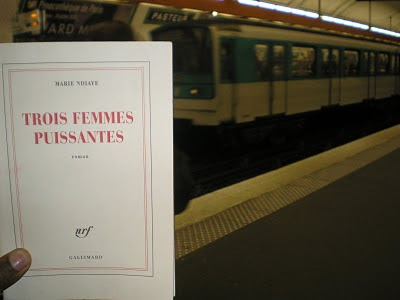 Why did you pick this name for your blog, “Chez Gangoueus”?

Ngangoué is my second Congolese given name.  I consider myself  of African and Western background and culture, I looked for a handle that would reflect this, and added the us suffix, in reference to latin culture, names like Brutus, Octavius or Britannicus. Gangouéus reflects my dual identity.

You alway take a picture of the book you are reading and most of the time, in public transports.

Because that's where I read! Work is work, family is family. Time spent commuting to and from work in Paris became my reading time! 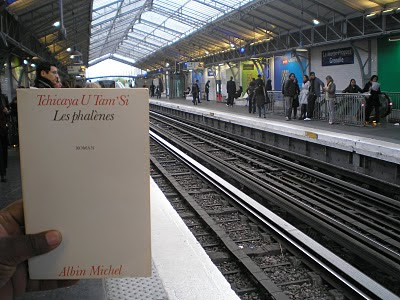