This report is the culmination of four months of research examining the objectives, challenges, successes, and effects of online technology projects that aim to promote transparency, political accountability, and civic engagement in Latin America, Sub-Saharan Africa, Southeast Asia, South Asia, China, and Central & Eastern Europe. A team of eight regional researchers documented a total of 37 case studies of relevant technology projects. Though this report contains only executive summaries of each case study, full interviews including audio podcasts and related documents, are available on our website. In addition to the in-depth case studies, we have also documented over 30 project listings, which provide basic descriptive information and context about related projects.

This report is structured in three sections. The introduction examines the differing aspects between traditional watchdog journalism and online media that rely on raw data sources, often directly from government websites. The introduction also aims to contextualize the benefits of transparency, accountability, and civic engagement from a grassroots, networked perspective. The second section of the report consists of regional overviews authored by each of our eight researchers. These overviews document the history of the good governance movement in each region, the role of technology in promoting transparency and accountability, and summaries of the case studies they documented. The concluding section groups case studies thematically in order draw out trends, conclusions, and recommendations that apply across a number of projects.

The birth of the World Wide Web as we know it today dates back to March 1989 when Tim Berners Lee, then a research fellow at European Organization for Nuclear Research (CERN) in Geneva, wrote a proposal for an Internet framework that would allow online documents to link to one another. Eight months later in neighboring Germany protesters brought down the Berlin Wall, and with it fell more than half a century of Communist rule in Eastern Europe, Central Asia, and the Caucasus. The next decade would also see an end to the repressive era of military dictatorships in Latin America, the birth of multiparty democracy in much of Sub- Saharan Africa, and a financial crisis in Southeast Asia that led to calls for greater governance and improved accountability. The World Wide Web and the movement for transparency and accountability in government have grown up together over the past two decades, though often in parallel, and with little research evaluating the role and potential of online technologies to bring about greater transparency, accountability, and civic engagement. 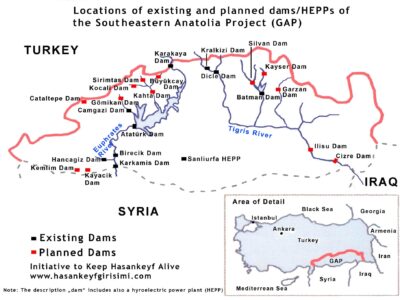 The history of Turkey's unpopular hydroelectricity projects in Southeastern Anatolia