Pride swelled and well wishes rang out across Qatar over the weekend as it became the first country in the Middle East to submit a bid for the World Cup.

But it was a bittersweet victory for the tiny, image-conscious Gulf country, which also on Friday was the subject of another less than favorable New York Times article.

Citizens of Qatar appear to have it made. They tend to drive big cars, live in big houses and get big loans to pay for big watches and an outsize lifestyle. They have an army of laborers from the developing world to build a sparkling skyline and to work whatever jobs they feel are beneath them. And their nation has enough oil and gas to keep the good times rolling for decades.

So why do so many people here seem so angry?

It goes on to outline the blame game played by expats and the minority local population, both of whom feel victimized by the other.

The piece, written by Michael Slackman, who a few weeks earlier reported on rising obesity rates in Qatar, has drawn fire from Qatar residents for what they called unsubstantiated assertions and shallow reporting.

On Twitter, @glcarlstrom, who runs a commentary and analysis blog about the Middle East called The Majlis, says:

Slackman's Doha piece is like a caricature of foreign reporting: Visit for a week, interview 10 people, BOOM! Trend story

RT W@G_E: what does the #nytimes have against #Qatar? Last week they were fat, this week they're lazy?

So it's nice to see the New York Times addressing something that I think IS a hot issue here… but the way they go about it makes me cringe a little. I think it'd be more interesting for them to have dug deeper into Qatarization and its effects, or the role of nationality in expats’ experience of Qatar, rather than just making mocking digs about people's restaurant etiquette.

On her blog, Qatari Derhamiya takes issue with the article’s description of a local woman mistreating her maid, saying that she is not a representative example.

All I have to say in the end is that not all people are good and not all people are bad, and if Moza Al-Malki will be the one representing “the bad” side of Qatari Women to the world on the New York Times, then I’ll be the one setting “the good” side of Qatari women on my blog, the Filipino woman that works at my house is well treated and respected by my sisters and I, she sits on the table with us during meals, and the smallest example for us respecting her is the fact that we call her “Ate” and Ate is a Filipino word used for Respect, which means Big Sister.

Despite its shortcomings, the article has struck a nerve here for highlighting the invisible line that divides many expats and locals. It’s a reality that has both sides blaming the other.

It's so funny how when I sit with my Qatari friends they complain that “Qatar is not for Qataris, we've become second best”.

Then my expat friends badmouth “the Qatari slackers are getting all the benefits for doing nothing!”

Wallahi (I swear by God) unbelievable!

As is often the case, when this common conversation hits a wall, the discussion always turns to the Qatari government and its role in resolving the problem.

Qataris seem much like the poor people who win a giant cash lottery in the West.

Most winners immediately start living a lifestyle of along the lines of what they had always imagined wealthy people to enjoy–i.e. what they see on TV. This means lots of excess, waste, leisure, and feeling superior to everyone else because of the size of their wallets. Only a minority of the winners work hard, better themselves and their family through education, remember that they were once poor and treat other poor people with dignity, and never forget that their wealth came from luck rather than skill.

Not surprisingly all but a handful of these winners waste all of their money and ultimately die lonely and poor. That is what the government leadership is trying hard to avoid for Qatar when the oil and natural gas run out. Good luck to them. Judging from the article and the majority of Qataris whom I know and work with, it will be an uphill battle. And the next generation just seems to have a much greater sense of entitlement and more likely to believe all the hype about their “superiority” (but then who could blame them if they grew up in this sheltered, censored environment; one would think, reading the press here, that Qatar was the globally acknowledged center of the universe populated by the most industrious, high-achieving people on the planet).

This article just confirms it all in a humorous way.

But local Qatarisun counters by asking for an understanding of context:

Qatar is developing for very short period of time. 1-2 generations ago education was not a part of the local culture at all… so it is simply not in qataris’ blood to study hard and to achieve any goals.. That’s what Qatar government is doing, is pushing Qataris hard to accustom them to study and to accustom them to work.. well.. it needs another at least 1-2 generations (or even more, depends on how correct the current path is) to change their mentality… Government is doing great job, but something else should be done, some other instruments and incentives should be brought up, rather than excessive unjustified salaries for qataris.. Some image of working Qatari should be created, so that it would become prestigious for Qatari to study and to work.. much more prestigious than flying on Land Cruisers..

Indeed, Qatar has invested a great deal in education, pouring billions of dollars into higher education and revamping its secondary education program to prepare its residents for competition on a global scale.

But it is still a conservative Islamic country, and co-ed education does not sit well with everyone. As test scores rise and time passes, however, some are confident that reform will happen.

On QL, commentator John Of Arc calls for patience:

Don't get me wrong. I think qatar has great potential, but is a potential that will be met in time with hard work, good education and proper training. It isn't something you can force to happen successfully overnight in my opinion. 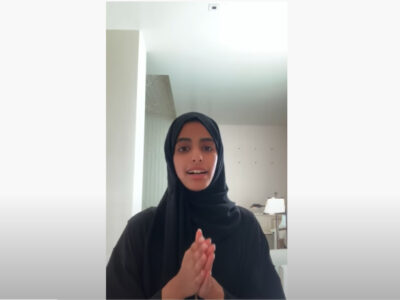 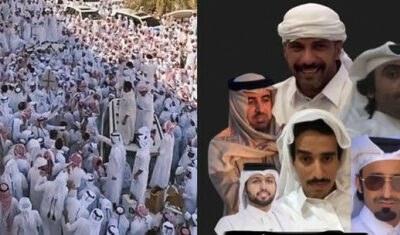 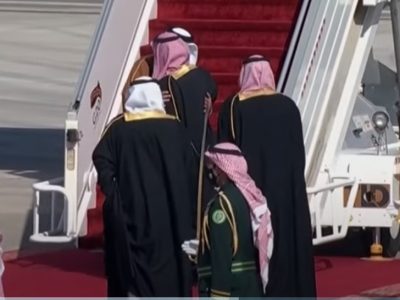