A glance at the root and concept of “governance”

In Southeast Asia, a well-known term associated with transparency, accountability and civic engagement is simply “governance,” which became a highly and hotly discussed topic during the 1997 Financial Crisis that demanded the region put into place new governmental regulation.

It is evident, for example, in 1999 when Thailand officially adopted six elements of good governance: rule of law, integrity, transparency, participation, accountability and value for money. Singapore has also endorsed the principles of governance based on an accountable and transparent government, long-term orientation and social justice. In Malaysia, the issue of good governance plays the role of a reformist discourse in challenging the ruling regime and the dominant political culture, as was illustrated in the case of Anwar Ibrahim’s arrest in the middle of the financial crisis. (Unfortunately, allegations of corruption by Ibrahim were overshadowed by sensationalist rumors of his homosexuality.) In Cambodia, good governance has become a cornerstone of the National “Rectangular Strategy” for Growth, Employment, Equity and Efficiency which aims to combat corruption, reform the legal system and civil service, and decentralize key areas of government.

Governance is generally defined as the “mechanisms and processes for citizens and groups to articulate their interests mediate their differences and exercise their legal rights and obligations.” Notwithstanding the varying definition of governance, transparency, accountability and participation are commonly attached as the key elements of governance. These elements function interdependently to ensure the sound development of a country.

While acknowledging the improvement of governance issues following the policy adoption of good governance after the financial criis, the problems of corruption, human rights violations, and restrictive freedom to expression still remain in the region. Governments have shown their efforts to improve the legal frameworks and institutional structure to promote transparency, accountability, and civic participation. The anti-corruption effort, for example, can be witnessed through the creation of Anti-Corruption Agency in Malaysia, and the Anti-Corruption Commission in East Timor, the Office of the Ombudsman in the Philippines, the Corrupt Practices Investigation Bureau in Singapore, the Corruption Eradication Commission in Indonesia, the National Anti-Corruption Commission in Thailand, and the Anti-Corruption Bureau in Brunei. It is also revealed in the recent development of the Anti-Corruption Law in Cambodia, and the Whistle Blower Law in Indonesia. However, Southeast Asian countries are still ranked mostly at the top of Transparency International's corruption perception index, with the exception of Singapore. Furthermore, Cambodia, Malaysia, East Timor, Indonesia, and Vietnam have been recorded as countries at critical crossroads based on the Freedom House's 2010 quantitative analysis of government accountability, civil liberties, rule of law, and anticorruption and transparency efforts.

Corruption has been spectacularly and frequently demonstrated at high levels of government leadership. In 2001 alone, for instance, three Southeast Asia leaders faced major allegations of corruption: President Abdurrahman Wahid in Indonesia, President Joseph Estrada in the Philippines, and Prime Minister Thaksin Shinawatra in Thailand. Systematic corruption in most countries of the region has disrupted progress toward development and rule of law, where a culture of impunity has so far prevailed. In many case, rule of law has been corrupted in order to hinder civic participation's demand for open government and public accountability.

The globalization and development of technology has brought about better access to information and the advancement of civic participation despite the fact that governance issues are still challenging. The growth of civil society organizations whose roles are to advocate for the respect of human rights and open government have empowered citizens and promoted greater civic participation. While non-government organizations are traditionally key advocacy players, technological advances have changed this trend where citizen journalism network arises. However, the trend is still minimal and varies due to governance restriction in the region.

In the case of Cambodia, for example, the rise of citizen journalism is relatively low compared to other countries in the region. Though a notion of digital democracy is emerging, the participation from young bloggers in demanding their rights is far from the norm. The continuation of government restrictive measures via legal, judicial and police forces that usually targetedpoliticians, journalists, and activists who are critical to the government has hindered greater youth participation. Therefore, the governance advocacy movement is still mostly driven by civil society organizations, such as the case of Sithi, a Cambodian human rights portal that aims to crowdsource and curate reports of human rights violations, or Saatsam, a virtual library that stores corruption-related information aiming at encouraging public participation to alleviate corruption and promote transparency. This trend is probably shared by emerging countries like Timor-Leste where projects are run by NGOs such as Lalenok Ba Ema Hotu (“The Mirror for the People,”), aiming at raising awareness and campaigning for transparency, accountability, good-governance, economic justice and anti-corruption, and Centru Jornalista Investigativu Timor Leste, a daily online publication that describes itself as “the Last Hope, when the court system doesn't work.”

Countries where technological advancement and rising voices of citizens are more tolerated have greater civic participation and a more vibrant civil society. Examples include Penang Watch and 15 Malaysia in Malaysia; blogwatch and VoteReportPH in the Philippines, and theOnlineCitizen in Singapore, where they are run by voluntary bloggers or citizen groups advocating for better governance.

Although there are differing degrees of grassroots initiatives, the region faces similar challenges in running their projects. Problems include a lack of volunteers who stay committed with the projects, a lack of advanced technological and reporting skills, and legal obstructions like the absence of freedom of information laws or the existence of oppressive publishing laws.

In Singapore, for example, there are reportedly three tiers of censorship:

“The 1st tier are the legislations passed by Parliament which restricts freedom of expression. The 2nd tier of censorship are those imposed by government bodies which are authorized by law to draw up guidelines and policies pertaining to political expression. A key feature of this 2nd tier of censorship are the non-transparency and the nebulous nature of its implementation, which leads to a blurring of the the line of what is acceptable and non-acceptable speech. This in turn creates a climate where writers, bloggers, artists and politicians self-censor their speech in order that they do not overstep boundaries. This climate of self-censorship forms the 3rd tier of censorship in Singapore.”

In the case of the Philippines, on the other hand, activism is a dangerous field. “During the stay of the current administration, more than 1000 activists were victims of extra judicial killings. Unless the pattern of impunity is addressed, activists (online and offline) will always find it difficult to work,” says Rick Bahague, VoteReportPH’s Project Leader.

In addition to slow and limited internet access in the region, internet censorship is apparently another challenges for technology initiatives, like in the case of Cambodia. There are concerns that the government is implementing a state-run exchange point to control all local internet service providers under the claim of strengthening internet security against pornography, theft and cyber crime.

Notwithstanding these challenges, the persistent activism and engagement with relevant non-governmental and governmental agencies are a key approach to achieve their project goals. Among all documented projects, Penang Watch is attempting to work closely with government agencies to hold them accountable in solving residents’ complaints. In addition to insistently reminding agencies and/or individuals to respond to citizen complaints, they also adopt the “name and shame” approach as a last resort to push for complaint settlement. These approaches have proved successful in solving nearly half of all submitted complaints.

In a comment on the VoteReportPH case study David Sasaki notes that tying voter education to training workshops is a smart tactic. David has observed many instances of Ushahidi installations meant to crowdsource reports of voting irregularities, but these projects mostly attract the participation of just a few dedicated volunteers or non-profit staff.  In order for this project to truly bring about electoral accountability and a verified electoral process, it is suggested that VoteReportPH should meet with leaders from the COMELEC, the Philippines Commission on Elections, to develop a published framework for how COMELEC will respond to reports of voting irregularities. (Speaking of processes, David recommends taking a look at how Venezuela's National Election Council ensure voting transparency – despite instances of machine failures – in their 2007 referendum vote.) Learning form Penang Watch, VoteReportPH should engage closely with COMELEC in their investigation and resolution of reports of election fraud. Answerability to reported cases will be an incentive for greater participation from the public as well as to ensure that the elections are credible.

The Online Citizen: was founded in December, 2006 as a community aiming to tell stories about Singapore and Singaporeans that are not being told in the mainstream press. Their hope is to use advocacy journalism to stimulate more civic participation, open government, and free media through the use of online activist initiatives. TOC takes on a more critical role than mainstream media by challenging the mindset of policy makers and creating a space for average citizens whose concerns would not be echoed in mainstreamed media. TOC has faced difficulties in registering as a Limited Liability Partnership due to restrictive criteria. They are also still recruiting more committed, contributing writers who are persistent in their reporting. While acknowledging these challenges, Joint-Chief Editor Ravi Philemon optimistically believes that an expansion of civic participation through the use of online tools will allow TOC to continue its mission.

An example of how this site has contributed to offline change would be the issue of foreign or migrant workers in Singapore. After a one-week campaign on TOC in 2009, the Ministry of Manpower (MOM) took action – which include raiding various dormitory sites that house these workers in atrocious conditions. Also, the MOM has also been more answerable after these instances were first highlighted by TOC and later by the mainstream media. It is thus recommended that the team keep persistent in their advocacy work by staying engaged with responsible agencies to take action on issues that are raised from citizen reporting. The team is exploring the use of technology to crowdsource ideas from the citizens, modeled on initiatives like  Open Austin and  Datagov , where people are able to submit ideas, comment and build on ideas, vote ideas up and down. This may help offer visitors more user friendly navigation of key issues.

The project listings and case studies from Southeast Asia reveal that persistent activism and close engagement with a variety stakeholders – including government agencies with the power to sanction – will take these project from mere information to more accountability and increased civic participation. The more examples of concrete accountability that resulted from online information and participation that these projects can point to, the more successful they will be in generating interest and activism around their causes. However, this often requires broader changes political will and actual legislation to reduce the climate of fear that hinders broader participation in such projects. 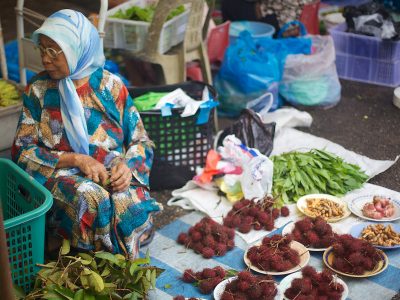 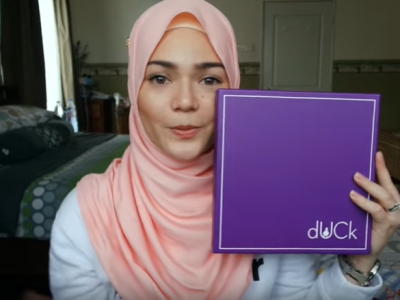 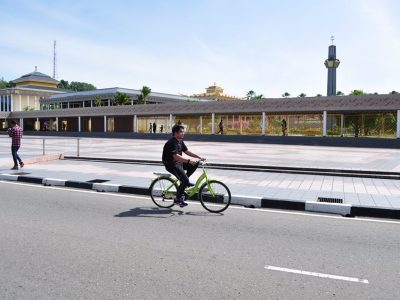