Macedonia: Blogs and Other Web Sources on Cooking

Judging from the activity within a cooking group [MKD] of the Macedonian e-content aggregator Ping.mk, the most active gastronomical blog is Sitno seckano (Finely Sliced). 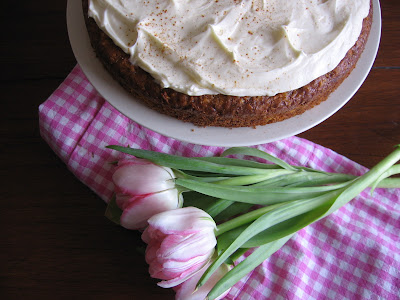 Since its inception in March 2009, the influence of this blog has been steadily growing, through the quality of their original content, supplemented with marketing efforts such as the first-ever giveaway in the Macedonian blogosphere. Its recipes have been featured (with attribution) on other blogs, such as Balkan Cuisine.

A rising star in this area is the blog Vegetarijanstvo (Vegetarianism), which utilizes the topical blogs platform Kauza.mk, used as a tool for relaying information on social change activism causes.

Sailors’ Salad: Boil potatoes, eggs for 12-15 mins alongside carrots, cucumbers, onions. Slice potatoes and onions into rolls. Layer them with cucumbers, carrots and eggs. Put vinegar, oil, pepper and salt over each layer. Over the top put mixed mayonnaise, sour cream and mustard.

From time to time, ‘general’ bloggers also write about their culinary experiences. For instance, Bochvarov once described his “meat bricks” [MKD], made of 30 kg of minced pork, 5 kg of garlic and 2 liters of wine…

As opposed to the strong individualistic flavor of cooking blogs, commercial food-related websites, such as Hrana (Food) and Gurman (Gourmand), choose to project a corporate image.

However, the overall number of online sources on cooking in Macedonian language remains low, and the influence of the local blogosphere is in its early stages. Possibly because of that, when Hrana i vino (Food and Wine) – the biggest local gastronomy brand which has a TV show and a magazine – published an issue with “recipes from the internet,” all of its sources were Serbian blogs, such as Palachinka (Pancake) and Moje grne (My pot).