Nepal: Death of a polarizing ‘statesman’

Former Nepalese Prime Minister Girija Prasad Koirala passed away on Saturday March 21st, after prolonged illness. He was an influential and powerful presence in Nepalese politics, but was also often controversial and polarizing figure. “Giraja’s role in bringing the Maoist in mainstream politics and stop (sic) the civil war in the country have been highly appreciated. To honor his role in resolving Maoist conflict in Nepal, the Nepali government has recently nominated him for the Nobel Prize.

In the final days he was accused of being too much daughter-centric. His role in establishing his only daughter, Sujata Koirala, in politics, making her the deputy Prime Minister and Foreign Minister was highly criticized.”

Girija Koirala's inability to successfully govern, or his lack of management skills was analyzed by Deepak Adhikari in an article published back in 2006.

“An analyst says: “Koirala has historical legacy but he lacks statesmanship.” Once Koirala was an ardent anti-communist. But, as the oft-quoted dictum goes: Politics made him share bed with strange fellows. He traveled all the way to Delhi to strike a deal with Maoists in order to bring them into mainstream politics. This will be the toughest task Koirala-led government will face in coming days.

…………..He is invariably steeped in controversies. He is not only blamed for betraying his colleague KP Bhattarai, but also blatantly dubbing young and pro-republican leaders Narahari Acharya and Gagan Thapa as agents of palace in the eve of NC’s 11 general convention……”

Due to his pivotal role in the country's peace process and ongoing efforts to write a new Constitution, Koirala's untimely death has attracted international attention and concerns too. India seems especially concerned. United States also re-iterated that true tribute to Koirala will be to finalize the new constitution and to accelerate the peace process.

Uttam Babu Shrestha at MySansar says that void left by Koirala's demise has put Nepal's peace process in a tough spot. Those who in the past criticized Koirala's inability provide strong leadership are faced with the challenge of directing the peace process to a positive conclusion.

“A corner of hope for the entire peace process and Nepalese politics which was on life support is now gone.The game of criticizing Koirala in public but then going back to his doorstep seeking help has now ended.Like Koirala's final days, country's constitution writing and peace process is now on life support. Koirala has left the filed for those who screamed in the past that he did not give them the opportunity to lead. Whether to lead the peace process to a comprehensive conclusion, whether to revive Constituent Assembly which is slipping into coma? history has placed new responsibility to those who accused Girija Koirala in the past and hid their own deed-do or die”

There is no doubt that Girija Koirala's demise has left a big void in Nepalese politics. His presence will be missed in the coming days as the political parties struggle to complete new constitution writing process within stipulated time. The debate over his legacy and his history of ineffective management will drag on. He was a politician after all and no one in public life has been able to escape public scrutiny-not even after death. 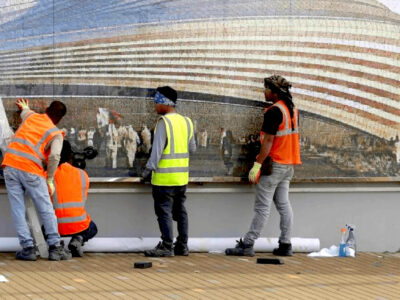