Canada's International Development Research Center and Harvard's Berkman Center are convening a conversation today and tomorrow at Harvard on the future of information and communication technology and development (ICT4D). Global Voices will be participating in the event as a media partner, and I and Jen Brea will be twittering and live-blogging the event. You can find out far more about who's around the table and what we're planning on talking about on the Global Voices special coverage page, which includes links to the background papers prepared by participants.

We're here in part so that you can have a voice in the discussions. Please feel free to post questions on Twitter, using the #idrc09 tag, or as comments on Global Voices posts – we'll try hard to work those questions into the coversation here at Harvard. You may also want to use Berkman's “question tool“, which will be used to put questions to the panelists at a public event this evening.

Rohinton Medhora of IDRC notes that we've spent much of this conference considering what's changed in the world of ICT in the past six years. We've not talked much about how development and poverty have changed. The first Harvard forum, six years ago, looked at how ICT might apply “here, there and everywhere.” The critical example from that discussion was Mohammed Yunus's story about women learning to use mobile phones and to build businesses. This forum's story might be Amyarta Sen's story about using a phone and resulting photos to change public opinion in Pakistan.

He offers a model – data – information – knowledge – wisdom – to help understand how ICT might affect education. “I suspect that ICT is only a small element in the gap from knowledge to wisdom.” Education is the great leveler in society, and we don't yet understand how ICTs play out in the education field.

ICTs are moving from natural monopolies to public goods, merit good, and club goods. We're seeing confusion on the regulatory side. In many cases, regulators don't know what to make of technological developments – should LAN houses be considered as gambling houses? We've got a wide range of regulatory structures, and they're very different in terms of mobile phones versus broadcast media, despite the increasing overlaps in these technologies.

Rohinton wonders about Mike Best's idea of a set of “grand challenges” for ICT4D. We often talk about the unpredictable nature of the development of information technologies. “It's not that these things are ‘unpredictable’ – it's that our confidence interval is wider and wider.” This may mean it's hard to figure out what those big questions are, but doesn't change the importance of raising and answering them.

Yochai Benkler is worried that we're oversimplifying the relationships between markets and states (or other authorities). Ronaldo Lemos's stories about working with the International Development Bank to allow
musicians in Brazil to distribute music and build their own labels so they can make a living shows the complexity of these relationships. The formal market for digital music in Brazil is dysfunctional – tracks cost $1.50, an absurd price in a medium-income country – and so the next steps are to create markets that actually work and find reasonable prices.

“Opposing market versus state, market versus regulation, market versus social organization is too stark… We need to get beyond these dichotomies, towards an integrated market that allows people to innovate and make a living off of it.” Open platforms at the physical layer are part of this. But we need to realize that people are using these platforms to try to avoid the bureaucrats, both the state leaders and the corporate ones. There are ongoing tensions between freedom and control and that control can be markets and profits, political power, or patriarchies.

Yochai worries that there's “pressure on those of us coming from left intellectual traditions to accept the idea that it's okay for musicians to make money, that it's okay for Onno Purbo to charge for community wireless workshops.” We need to expand our dialog beyond a discussion of pure market incentives versus state interventions. He recommends moving beyond talking about “incentives” to “motivations”. Motivations allows us to consider factors like solidarity, not just market forces. Introducing these factors helps us explain why people will support musicians, paying an average of
$1.25 a song, $8 an album for tracks they're invited to download for free – voluntarily – as they have to support Jane Sibbery for years.

We need to understand that unserious applications – like LAN Houses – can lead to very serious implications. World of Warcraft may turn out to be an excellent environment to train leaders, or to help teenagers find adult authority figures they can rely on. (Joi Ito tells a story about an 18 year old kid who came to him, as WoW guild leare, for advice on whether he should join the military. Joi was the only adult who's had his back for years, which made him the logical person to ask for this advice.) Because government influences and can undermine what we can do for development, we need to accept that open systems don't always behave in ways we anticipate, and be open to the idea that we need to take seriously things we're tempted to ignore.

Michael Spence acknowledges that we might not want to base our theories of economic development on Milton Friedman, but suggests that the great economist did get one important thing right – he made the point that you can't solve problems without paying attention to incentives. “We fail his test all the time” in the field of development economics. And because we don't think about incentives, we end up with Nash equilibriums that favor the powerful and leave the weak at a disadvantage, whether they're in the public or private sector.

He asks us to think about focus, faith and measurement. “The problem of measuring the impact of ict4d is too hard to solve.” He urges us not to let it trip us up too badly. To explain the difficulty of studying effectiveness, he references the 1949 Communist takeover in China. “China in the 1950s did the best job any country has done educating children, at least through elementary school.” In a few years, literacy rates for men and women approached 90%. But China didn't see significant economic benefits, because happened, because other aspects of the state and the economy were mismanaged and broken. When other aspects of economic management changed, the “potential asset” of a literate population rapidly turned into a real asset, one that's helping the country grow at a profound rate.

“You can have progress in areas that affect people's education, or access to information, but it might not have a visible effect,” because it's blocked by other factors. Spence asks us to consider information technology in developing nations. Nations like the US made heavy IT investments for over thirty years and we saw few, if any, measurable gains. Recently, we've seen a steady 3% productivity increase, which we believe comes from taking the “potential asset” of IT and unlocking it via the Internet.

“Development economists try to measure impact of education via regression analysis. The results they turn up are mixed or negligible. But no one sensible would make policy decisions based on those results.”

With that, Spence asks us to have faith. “Assume that education and IT in various aspects are going to turn out to be terribly important.” And then get on with it and don't worry much about measurement.

Education, in particular, is an area in which we need to have a great deal of faith. “Assuming some preconditions, development is the process of acquiring knowledge, not just by individuals but within systems.” He warns us off the term “knowledge economy” – it's not that we've gone from shovelling coal to shovelling bits – we're engaged in the process of making our citizens and systems more knowledgeable. To the extent that IT systems are knowledge systems, we need to keep our focus on education, on health, and on e-government, to the extent that government controls access to essential services.

He ends with a warning about stability. “A huge, important application of modern IT is the global supply chain and financial system. The financial trading superstructure is impossible without IT.” We need to think about the stability of these systems because the instability we just experienced wasn't accurately predicted by anything. Our problem may be models – we interpret systems via models, and if those models are insufficiently accurate, we can see stability where we might need to anticipate instability.

We end with parting shots from dialog participants, who felt that points weren't emphasized enough. I made the case that ICT was critical not just for education and entrepreneurship, but for creating an inclusive public sphere, and asked the room to take seriously the phenomenon of particiatory media, not just through blogs and viral videos, but through mobile phone calls made to community radio stations. Ineke Buskens warns us that, in a profoundly sexist world, attempts to treat ICT as gender-neutral will end up perpetuating power imbalances. Bill Melody warns us that the developed world is likely to ignore infrastructure, now that infrastructure works well, and that development projects can't abandon infrastructure efforts. Clotilde Fonseca urges us to continue building pilot and demonstration projects so we can experiment with creative ideas that could be scaled and replicated. David Malone warns that we need to protect human rights from governments, which are inherently authoritarian and prone to exercise control.

In other words, to sum up… there's a lot to sum up. As Mike Best observed last night, this field appears to be plagued by the problem that we need to consider dozens of factors simultaneously. If there's a conclusion from today's discussions, it's that we all need a good bit of reminding of the key factors that need consideration to make sure we've got a sufficiently broad view of these issues.

- Day 1-
1) Update from the Harvard Forum on ICT4D
2) Markets, Mobiles and the ability to make culture
3) The complex world of ICT and gender
4) Are we satisfied with what we've got?
5) ICT4D and, and, and 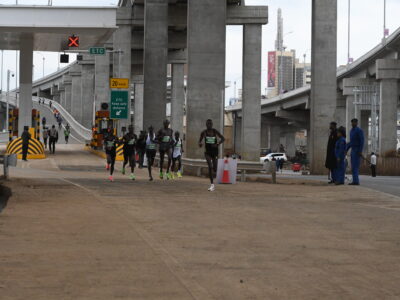 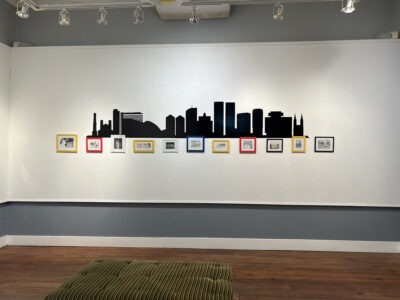