The arrival of the GLO-1 submarine cable in Lagos this weekend has West African bloggers excited. GLO-1 connects Nigeria and 13 other West African countries to the global telecommunications system via Europe, bringing new bandwidth to the region. GLO-1 is Africa's newest submarine cable.
Map via Many Possibilities.

In late July, damage to the SAT-3 cable — which until last weekend was Nigeria's only link to the global communications system — crippled bank services and Internet access throughout the country. Approximately 70 percent of the country's bandwidth was affected.

According to the Chief Operating Officer of Globacom Limited, which financed the GLO-1 project, the new system will be able to meet all of Nigeria's broadband needs for the next 15 to 20 years. Bloggers are looking forward to faster speeds and cheaper and more reliable access.

The cable is expected to drive down broadband costs and provide faster and more robust connectivity for voice, data and video services. The technology sector in West Africa stands to benefit from Glo-1 as companies will be able to communicate more easily with clients and partners overseas. It equally holds promise to open Internet access to individuals and small businesses who’ve been unable to afford connections of their own.

Before now, the entire country depended on only the SAT-3 cable under the monopoly of NITEL for cost-efficient high-speed access. Industry watchers have been in expectation of Glo-1 for months now, as its launch will undoubtedly impact on the cost and delivery of high-speed internet access in Nigeria.

Now that Glo-1 is here, when exactly do we begin to enjoy the services?

GLO-1 is unique in that is the world's first privately owned submarine cable. Theresa Carpenter Sondjo of Appfrica explains:

Most undersea cables, including the SAT-3 that currently connects West Africa to the rest of the world, are built by consortiums of private and public (national) companies. Glo-1 is unusual because it was financed entirely by Nigeria’s GlobalCom…. Nigeria currently depends on the NITEL monopoly for access to its own SAT-3 landing station and buys extra bandwidth from neighboring Benin.

The interesting thing about the cable is that unlike other ventures like Seacom [Editor's Note: Seacom, a cable connecting the eastern African coastline to Europe and Asia, went live in July 2009], this venture was entirely financed by Glo alone. The consequences of the Glo-1 are major, but will probably take a while to take effect. This as with Seacom is a great moment for African technological innovation and development. 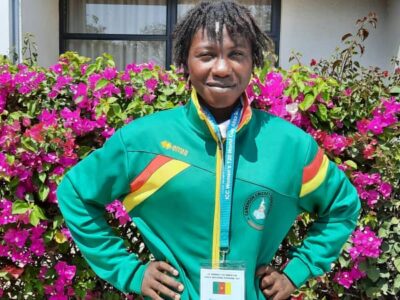