After several days of closure, the popular semi-independent Azerbaijani news and discussion website, Day.az, is back. However, raising additional questions about its brief disappearance, the site's forum — known for its open and somewhat democratic discussion — is not.

The day after Day.az was closed, user Zaur at Web Designers Blog commented on the importance of the forum.

Most likely the closure was connected with the March 18 referendum [that would institute unlimited presidency in Azerbaijan]: what a coincidence that [day.az was closed] exactly a month before [the referendum]! …[B]locking a resource where citizens could express massive discontent about [the] referendum[…].

Writing for the Amnesty International USA Blog before Day.az reopened on February 26, I also noted some of the forum’s controversial moves.

One of the most popular online portals in the entire former Soviet Union, the Russian-language forum at Day.az has had thousands of active users. One of the hottest sections of the forum has been “Armenia and Azerbaijan.”

In November 2004, as a Russian-language Armenian forum user reported at the time, the administration of the Day.az forum promoted its first Armenian moderator, Arthur, giving him the privilege to delete/edit offensive and/or unrelated content from discussions.

The appointment was indeed unprecedented, as the Russian-language announcement from the Day.az forum administrator explained […]

Another, more recent, controversial move at the forum has been the creation of a private section where users with over 500 posts could discuss and post adult content.

Considering the various messages left on the site's front page following its disappearance, many of which contradicted earlier notices saying the whole project was closed, readers such as Arzu at Flying Carpets and Broken Pipelines are still confused.

- If there were plans to sell the portal form the very beginning then why it wasn't explained or announced when the website first shut down and even before it was going to shut down? The editors could have continued working while the management changed hands?
– Why was it all kept in dark and on the website it said it was closed for technical reasons? Does changing management of the website has technical sides to it?

I don't know the answers but maybe soon it will become clear?

For now, if many were sure the site would no longer be the same when it was announced that site would reappear, Global Voices Online's Ali S. Novruzov comments on his earlier Frontline Club post that the absence of the forum is the most noticeable change.

Day.az reopened today, but its famous forum has been divorced from it and moved to 600min.az, a former sister site of former day.az. […]

But while some wonder if the forum might have been one of the reasons for Day.az's disappearance, many questions about its initial disappearance still remain unanswered. 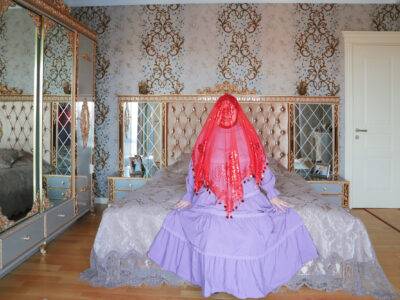 Dowries: A changing tradition in Azerbaijan