Yesterday, Christopher Ross, the UN Special Envoy to the disputed Western Sahara, arrived in Algeria to hold talks with the Polisario Front, according to AFP.  Daily Maghreb reported on the meeting, stating:

Ross was in a “listening position” while meeting Morocco's Foreign Minister Taieb Fassi Fihri and senior officials of the royal consultative council for Saharan affairs (CORCAS), an informed source said.
The Polisario Front independence movement has disputed Morocco's claim to the territory since the north African kingdom annexed it after the withdrawal of Spanish settlers in the mid-1970s.
Ross arrived in Rabat on Wednesday after officials at UN headquarters in New York warned against great expectations of a first mission on which the new envoy was to sound out a chance of resuming negotiations.

alle, writing for the new blog, Maghreb Politics Review, commented on the event as well:

It is his first trip to see the parties to the conflict, and he impressed early on by speaking to Aljazeera TV in fluent Arabic — although what he said was “no comments”. For some reason, that feels illustrative of the whole Western Sahara issue.

Ross will arrive in the camps for Sahrawi refugees today and he will probably be asked to demand information from Moroccan authorities about the disappeared Saharawis. This item should have been dealt with long time ago, and this longstanding complaint is one of the failures of van Walsum, the former SESGUNWS.

Mr. Ross has been received by the people and leaders in the Sahraoui refugee camps. Mr. Ross said he came to find a political acceptable solution to both parties ( Morocco and the Polisario Front), which would allow the Sahraoui people to determine their future.

Tindouf home for over thirty years some 165,000 Sahraoui refugees, according to official Sahraoui figures. 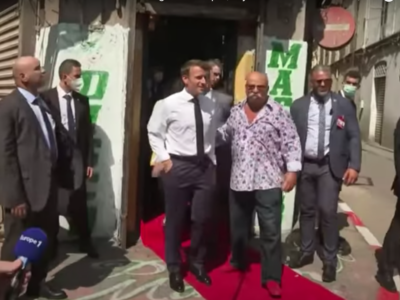