On 3 February, less than a month before the first anniversary of post-election violence in Yerevan, Armenian Deputy Police Chief Gevorg Mheryan was gunned down. Eight days later, and five weeks before a constitutional referendum to eliminate presidential term limits, the head of the Azerbaijani Air Force, Lieutenant-General Rail Rzayev, was killed.

Bloggers in the two neighboring countries naturally wondered who was behind both assassinations. However, even with the murder rate reportedly on the increase in Armenia, Global Voices Online Caucasus editor Onnik Krikorian writes on the new Frontline Club blog that Mheryan's murder was unexpected.

Murders and assassinations are nothing new or surprising here although it's been some time since we've had one as high profile as tonight. In what sounds like a contract hit, the deputy head of police was shot three times in the head outside his apartment in the center of Yerevan. […]

Few other details are known at present — or even about 33-year-old Colonel Gevorg Mherian. Apart from the brief time he spent as presidential adviser on anti-corruption activities, his appointment as deputy head of police in July last year had largely gone unnoticed. However, Mherian had promised to reform the notoriously corrupt passport and visas office (OVIR).

Indeed, it is the lack of notoriety and gossip about Mherian that makes the news so shocking and surprising.

Unzipped posts photographs and information about the killing, adding that Mheryan “was not involved in any scandalous story, did not have business enterprises like many of his colleagues, was involved in lawmaking and coordination of some corruption-related cases.”

Still trying to figure out who whacked Gevorg Mherian. He doesn't seem to be notorious. Maybe that was his mistake. In modern Armenia, you gotta be a bandit if you want to be a successful cop.

He seems to have been involved with the visa and passport regulations. He is also an author of the law that practically banned the right to assembly.

The A1+ Blog [AM] implies government involvement by asking “who gave the order for Gevorg Mherian’s death?” prompting dozens of reactions in several languages. One comment by Septemberi21 reminds readers that Mheryan was involved in the firing the head of OVIR as detailed last year on my Blogian.

However, The Armenian Observer is not sure. Although recognizing the significance of reforms and dismissals in the government body, the blog says the motives for Mheryan's murder remain unclear and confusing.

Admittedly, this murder has caused quite a stirring, I have been getting emails and enquiries from Armenian friends living abroad, asking what’s the story. Well – if you’re asking my opinion – it looks more like vendetta or a trivial case, rather than a big case of corrupt criminals facing the good guys, but media have been paying a disproportionately large amount of attention to this case, perhaps because of lack of any other development in the country. I don’t know. RIP to Mheryan – that’s all I can say for now, hoping for more clarity in the near future.

Meanwhile, there was less commentary on the assassination of Rzayev in the Azerbaijani capital, Baku. However, Thoughts on the Road considered some of the possible motives for his death.

Not surprisingly, the murder is leading to some serious questions about power struggles within the government. Just because the government is not democratic doesn't mean that it is monolithic. Individual ministries have their own centers of power and compete with one another for influence and resources. Also, the people commanding the different ministries also have different financial interests. The murder could also be the result of some sort of business conflict involved with these financial interests.

The speculation about the assassination is heightened because it comes just a little more than a month before a referendum is to be held that would remove term limits on the president. The murdered general was perceived by many as an ally of the president, responsible for ensuring presidential security.

Considered a hard-liner on resolving the conflict with Armenia over Nagorno Karabakh, Rzayev was also directly involved in the multi-billion dollar acquisition of new military hardware for the country's armed forces. A Fistful of Euros appears aware of the in-fighting that reportedly defines its power structures.

Azerbaijani military politics are murky, to say the least, but this bears watching.

It remains uncertain whether either case will be solved. 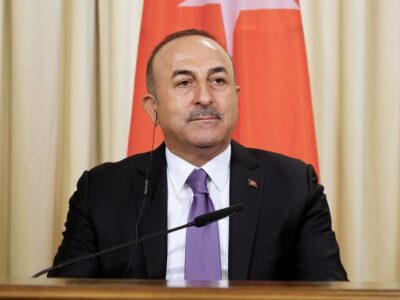 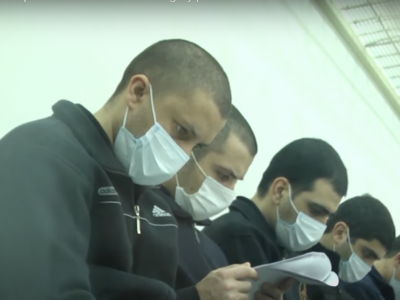