The week gone has been a politically hot one for many Malawians as they have seen their presidential and parliamentary candidates present their nominations papers to the Malawi Electoral Commission ahead of the May 19 polls. By the end of the exercise, about 8 presidential and over 500 parliamentary candidates presented their nomination papers to compete for the 193 seats in parliament.

Journalist Kondwani Munthali earlier on shared his views on the political developments which are expected to lead to the most contested at both presidential and parliamentary levels. He writes Viva My Country's Democracy:

Yes, I said DPP has no structures to manage itself through primaries, I am glad two Ministers recalled my discussions with them and called me. For UDF how they can managed the situation of Muluzi will be entirely to them. For MCP it seems they have changed indeed, the guys look serious enough to upset tables. For today thats where it ends

Another blogger under Ndagha agrees with Munthali that Malawi's politics this year is getting hotter. He hope that its players have a genuine heart for the Malawians and not necessarily to serve their own interests. He says that for him this year offers hope. How and why?:

For me, the parliamentary race will the most exciting as it will showcase lots of new entrants-most of whom in my view can make important contributions to the country's development. I wish we had popular new faces on the presidential race.

Another journalist Mzati Nkolokosa terms this political time in Malawi as a Season of Rumors. He writes a long post focusing on Brown Mpinganjira who has dumped the party he helped to form and paired himself with John Tembo of the Malawi Congress Party as a running mate.

It is right to call this period a season of rumours. But Brown Mpinganjira must go on to accept that crucial political truths in Malawi start as rumours.

Brown Mpinganjira, the cleverest politician in Malawi according to Jack Mapanje, is good at communication. He knows words that are loaded with meaning, he speaks poetry, and he can confuse people, even journalists, who don’t follow him critically.

Most Malawi's public offices are not fully computerised. While there are some efforts to improve this, it remains a challenge to most government departments and agencies. One of the offices that serves lots of Malawians is the office of the Administrator General where among others, clients are helped with services regarding their deceased estate.

Having attended a short course on data entry, journalist Pauline Kalumikiza writes on the importance of such offices going digital:

The reason is that, it takes so long for them to help the benefiaries due to their manual storage. I think it is laborious and time consuming, because they handle multiple of files so them to take out one, it takes ages.
Most of the times, they will tell you that ‘Sorry come next month, give us time to look for it’. Now Imagine a person is coming from Nsanje to the AG’s office in Blantyre; he comes again as per the arrangement and is told that he should wait for another week, very frustrating isn’t it?

Yes technology has its own disadvantages but I think, the AG’s office would save time and energy by going digital.
We cannot be talking of making ICT accessible to everyone, if our important offices that hold crucial information are still using manual storage system. Zisinthe! (Let things change!) 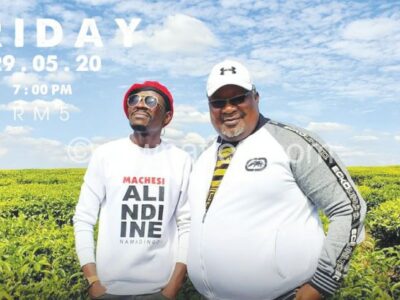