Gaza/Sderot: Israel and Palestine together on video

The Gaza/Sderot: Life in Spite of Everything Project is one of the prime examples of the variety of ways a bridge between different cultures and world-views can be created through online media. In this project created by ARTE.tv, a French-German cultural television station, twelve people going on their day to day business on either side of a violent border were exposed on a website for ten week project which ended on December 23rd. The two minute videos documented snippets of the lives of 6 characters in Gaza, Palestine and 6 characters on the other side of the border in Sderot, Israel during two months.

One of the incredible advantages of online media is the interactivity: you can browse the 80 videos in a myriad of ways. You can view them according to chronological order, with a video from Palestine on the right, and a video from Israel on the left. You can also decide to follow the life of one specific character throughout the two month shoot and view the videos that way. You might also wish to pick videos from a map showing where each one was shot or you can select a topic, and see all the videos discussing the particular theme. You can select a language as well: the content is available in Arabic, Hebrew, English, French and German. The site always gives you the option to view what is going on at the same time at the other side of the border, providing the perfect opportunity for viewers to realize that life on either side of the border is far more similar than different: people still have hopes, dreams and concerns.

For example, Heba Safi who belongs to the Young Journalist Club in Gaza, and who speaks in different videos about her life and of those around her: healthcare, the lives of youth in Palestine, being a woman, friendships, shopping, sports and her career, and the hopes that the situation will improve. In this video, she speaks about being a woman and trying to build a career in journalism:

Daniele Mordechai tells viewers about life as a 16 year old girl in Sderot, balancing school with acting and surviving. In the following video, she plays “Red Alert” with children she is baby-sitting in the only sheltered playground in the world:

The different character's conclusions from Gaza can be seen on the following video:

And the conclusions from the people in Sderot can be seen here:

There are many other stories you can view told by students, musicians, house-wives, artists, fishermen, ambulance drivers, martial arts trainers, farmers, doctors, grocery store owners, hair-dresser and boxers: all in all, stories by people who share a deep felt desire for peace. 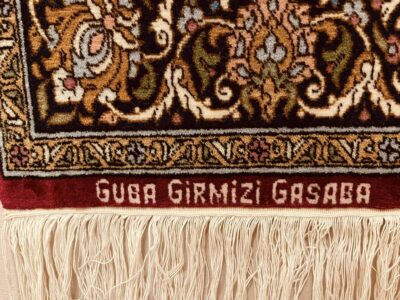