In March 2008 the Kenyan corporate giant East African Breweries Limited, who produces the famous Tusker beer label, launched a new non-alcoholic drink called Alvaro. The new malt-based drink was considered a runaway success but which may have come at the expense of local juice manufactures, but more so at Coca Cola who control the local soda market. Since its launch Alvaro has been the subject of discussion by the public, at the Kenyan parliament, in government offices and of couse in the online Kenyan community. We collected a few reactions from Kenyan bloggers.

Make a statement without saying a word – this aptly describes East African Brewery's new kid on the block Alvaro. In its stylish green bottle, it has an outstanding sophisticated look synonymous with the 24-35 age group for whom it’s targeted. Produced in pineapple and pear flavours, Alvaro seems to have hit the market with a bang with sales having already jumped to three times above the projected trends. In pubs and supermarkets the drink is said to be flying off the shelves.

For sure coke are in trouble and am seeing one of those interesting corporate fights. This time things might be a bit hard for them to conduct their not so ethical business practices…

Rafiki Kenya, though was less than impressed with Alvaro's branding as a natural product:

Alvaro comes in two flavours: pear and pineapple. Yes indeed, flavours. And that's where the problem lies, since there is nothing natural about flavours. Alvaro: unique, maybe – but natural, surely not.

The marketing blog brandkemistry wrote about the success of Alvaro, who has already sold over 7 million bottles:

… what is Coca Cola going to do to keep in check Alvaro’s rise in this market. So far Coca Cola launched burn – an energy drink and a 50 million shilling promotion but i dont that will counter Alvaro’s growth in this market. Time to watch wait and see but for the very first time EABL [East African Breweries] has gotten the non alcoholic beverage right. As some preacher said recently Christians in this country have been waiting for a long time to partake from EABL’s table, with Alvaro thier wait has be amplty rewarded.

I just wonder how Coca Cola will counter the rise of Alvaro… i guess only time will tell.

Coca-Cola’s distribution system is almost criminal. They maintain market share by bullying retailers to stock only their products. No amount of marketing or investment can help a rival. You think you have choice? Or that you drink Coke products because you like them? It’s more likely you do so because it is everywhere and it’s the only thing there

Last July, Alvaro got in trouble when to it was claimed in the Kenyan Parliament that the soft drink contained alcohol which may have contributed to a wave of riots by school children that affected some parts of the country:

Alvaro recently found it’s name in parliament with nominated MP Rachel Shebesh putting the Minister for Industrialization to task to confirm or deny that the drink contains no alcohol. To back her claims, she said that tests carried out on Alvaro in school laboratories proved that it contains traces of alcohol. Yatta MP Charles Kilonzo added that if exposed to sunshine for one hour, it turns alcoholic. Or rather it produces traces of ethanol

I would have laughed at the debate in Parliament if it wasn't so sickeningly ridiculous, I wonder why our overpaid MP's cannot use the research facilities provided to them by the taxpayers properly.

when i heard the debate on the news i almost smashed my radio to bits, but seeing as that would have been counter productive i turned it off instead, the gall!

Coca Cola did eventually respond to the competition, and in November 2008 it launched a new drink similar to Alvaro called Novida which Rafiki Kenya said tastes better :

Novida’ is Portuguese for ‘new life’. And you can now get that new life in Nairobi for only 25 bob! Novida comes in three flavours: pineapple, apple and tropical.

As far as the taste is concerned, I found my Novida Pineapple to be quite refreshing and very similar to Alvaro Pineapple, maybe just a touch sweeter.

The Novida pineapple tasted EXACTLY LIKE ALVARO! Only 30ml less than Alvaro that comes in 330ml. So what’s the deal with that?

Novida vs. Alvaro was the subject of a thread at Stockskenya, a discussion forum about shares and investment issues, and opinions were very diverse:

In order to hit back and avoid further erosion of it market, coca cola is to launch a ‘carbon copy’ of alvaro

You guys have your drinks from EABL and COKE; others like me who don't drink alcohol, don’t drink sodas and soft drinks; I’m still waiting for someone to offer what I drink

I suspect these two brands appeal to an entirely new market – like those who hang out in bars but dont drink alcohol. I cant see my kids switching to Novida from coke,neither can I see the thirsty guy at the kiosk switching as he is driven by value (these drinks are 200 ml less and cost khs 10 more).

Although I respect EABL- I just think Coca Cola- with their money, experience means that in the soft drink market they will win. However- I predict that with time… Sodas will not be popular- which is why they are spreading out to new products. My take is that in the long term EABL wins 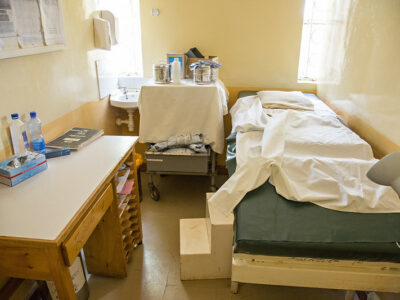 A staycation anyone? This Kenyan hospital defied the law to advertise a vacation with social media influencers