Israel continues to stand by the victims and survivors of the terror in Mumbai. Awash with deep sympathies, the blogosphere's sentiments speak for themselves in mourning the loss of Rabbi Gavriel and Rivka Holtzberg, along with six other Israelis.

Here are their responses.

The Jewish Response to Terrorism and Tragedy–

Rabbi Gavriel and Rivka Holtzberg (may their memories be a blessing). Photo sourced from Chabad.org

“I am heartbroken. The Jewish world weeps over the brutal murders of Jews, Indians, and others in Mumbai. News of the tragedy spread around the globe in minutes. We are all truly connected.

The response to the tragedy cannot be depression, but hard work. The way for us to avenge the blood of the murdered is to erect pillars of loving kindness and charity.”

Rav Eliyahu of A Dwelling Place for G-D in the Lower Worlds in an entry entitled “The Torah Response to Terrorism” echoes Rabbi Yonah, saying:

“The world is faced with terror all around it – now so, perhaps – more than ever. How should we react? What is the Torah response to terrorism?! …The response is a clear one. Continue to grow! Continue to do good. Do even more good!”

Leiv Esther joins the consensus on the Jewish response to tragedy:

“It is always hard to hear of Jews being hurt in any way. The Jewish response to any difficulty is to increase in our efforts to bring unity amongst Jews and goodness and kindness to the world.”

On an entry entitled “Muslims Mourn Mumbai Massacre,” Daniel Lubetsky points out that for the first time, Islamic nations have publicly condemned this terrorist act. In his Peaceworks blog, he posts:

“…a sample (by no means exhaustive) compilation of some of the Arab and Muslim nations and organizations across the world – from Saudi Arabia to the Arab League – who condemned the tragic and barbaric terrorist acts in Mumbai. Everyone can always do better, but the below can be shared whenever you are asked “Why are Muslims not condemning terrorism?”

“A candle for the victims of the Mumbai massacre. May G-d comfort their families and avenge their spilled blood.” 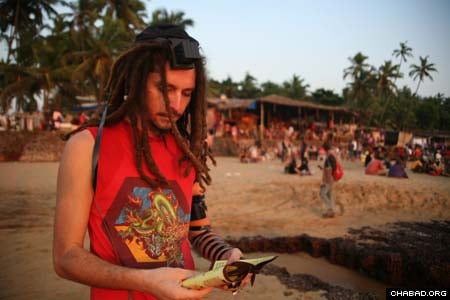 Why Jews Were Targeted

In a post analyzing why Jews (who were by coincidence also Israeli) were specifically targeted, Israellycool establishes a thesis that the terrorists’ goal is to “establish a global Islamic Caliphate and impose Sharia law on societies currently based on Judeo-Christian principles.” He writes:

“It is no coincidence that the terrorists target Jews. Evil will always target Jews because we represent G-d in the world. It was true with the Nazis, and it is true with Islamic terrorism, the new Nazism. We have the task to be a light unto the nations, and even when though we may not always be completely successful, we have not done such a bad job. Especially when you look at the amazing work performed by a Jewish organization such as Chabad.”

In conclusion, he proposes a worldwide war on terrorism by ordinary people asking us to support Israel and all global democracies and promote the message that those who support terrorism will never able to live as free people, self-ruling people in their own state.

Treppenwitz's David Bogner concurs with Israellycool and expands on his argument that Jews were specifically hunted down and killed in the Mumbai massacres. Bogner explains:

“Mumbai is a city of over 18 million people, yet there are only about five thousand Jews living there. And of those, only a few dozen are identifiably Jewish outside of the synagogue.

Heck, the entire country of India – with a staggering population of over 1.1 billion people – has only about 15 thousand Jews! I'm not so good at math, but I think that if you try to express the Jewish population as a percentage of the overall Indian population, you're going to end up with a lot of zeros to the right of the decimal point.

So isn't it weird that nobody seems to be talking about how statistically odd it is that this Muslim terror group sought out and attacked an unremarkable home containing one of India's only identifiably orthodox Jewish families.

Apparently the breaking news from Mumbai has demonstrated anew that targeting Jews is not unusual… even when just finding Jews in India to attack is harder than finding Samoans in Iceland. ”

A Rediff News report quotes the doctors’ reactions to the Jewish hostages murders in a story entitled, “Doctors Shocked at Hostages’ Torture,” writing:

“Of all the bodies, the Israeli victims bore the maximum torture marks. It was clear that they were killed on the 26th itself. It was obvious that they were tied up and tortured before they were killed. It was so bad that I do not want to go over the details even in my head again,” he said.

Corroborating the doctors’ claims about torture was the information that the Intelligence Bureau had about the terror plan. “During his interrogation, Ajmal Kamal said they were specifically asked to target the foreigners, especially the Israelis,” an IB source said.”

Jameel of The Muqata expresses his anger at Israel for their criticism of Indian security's slow response.

“Hypocrisy rules in Israel today as IDF [Israel Defense Forces] soldier Gilad Shalit remains a hostage in Gaza — a terrorist state created by Israel, and Israel's only stated way of freeing him, is the release of hundreds of murderous terrorists…

Yet my anger at Israel is displaced only by my sorrow and condolences for the families of the Jews murdered in Mumbai this past week.” 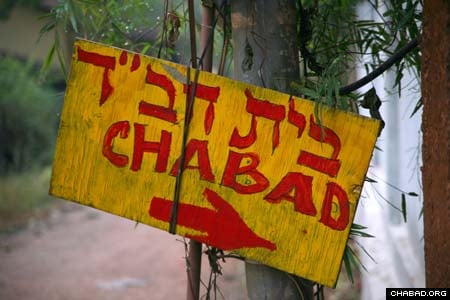 Where Do We Go From Here?–

In our blackest moments, we ask ourselves, “Where do we go from here? What good can come of this?” There is no one answer– we must grieve and learn from it in our own ways– but Israeli bloggers have some suggestions.

Yael of Aliyah! Step-By-Step reflects that for the first time since she was a child, the terror in Mumbai stirred her to fully celebrate Shabbat, the Jewish Sabbath:

“It just really felt to me like the right thing to do, the best way to honour their memory and all the other lives lost, criminally lost. In large part because by celebrating Shabbat as a Jew I was carrying on one of the very things the terrorists were fighting to wipe out. By celebrating Shabbat, which is symbolically in essence the celebration of the miracle of life and love and goodness and commitment for a better future, it is absolute defiance and rejection and maybe a tiny countering of the evil that so obviously exists in this world.”

And in “A Light In To the Darkness,” Israellycool reminds us that: “When the world was witness to the worst of humanity, it was also witness to the best,” citing the rescue of the Holtzberg's two-year old son by his Indian nanny, Sandra Samuel, who saved him at the last possible moment.

(Samuel returned with the family to Israel today, where the Israeli government is considering bestowing upon her the title of “Righteous Gentile,” one of the nation's highest awards that is given to those who risk their own lives to save Jewish ones.)

How We Can Help–

So how can we help? Chabad has established the Chabad of Mumbai Relief Fund to aid with the reconstruction of the Chabad center there and help support the Holtzberg's young child. The Jewish Agency of Israel will also help the families of those lost through the Fund for the Victims of Terror.

Let us remember the names of those who perished in the Chabad House last week and they shall represent our mourning for all the victims of Mumbai. May their memories serve as a blessing and a lesson to us all.

(Alternate spellings may be due to the transliteration of the names from Hebrew to English. Further names are pending release.)

Lastly, in a section of their website called, “What Can I Do?” Chabad urges us to honor the memories of those lost by committing to do mitzvot (good deeds) in their name. Over 950 have been pledged so far.

This article is a continuation of “Israel: Sending Help and Sympathy to Mumbai” and is part of Global Voices Online's ongoing coverage of the Terror in Mumbai.