On October 24, Noha made Egyptians proud when in an unprecedented case, sexual harasser Sherif Gommaa was sentenced to three years behind bars, hard labor, and was also ordered to pay 5,001 Egyptian pounds fine to Noha Roshdy Saleh for groping her in the street.

The blogosphere celebrated Noha's victory. Facebook users created several groups hailing Noha's courage; All for Noha Roshdy (AR), Kolona Noha Roshdy (AR) (we are all Noha), Noha for President (AR) while other groups posted the verdict on their walls and sent congratulations messages to their members here (AR), here (AR), and here (AR).

On October 30, Noha made Egyptians angry when Al Masry Al Youm newspaper published an article saying that Noha's lawyer Naglaa El Emam decided to appeal in favor of the harasser Sherif Gommaa after she found out that Noha was born in Jaffa and carries an Israeli passport. The lawyer also said that Noha sued a French officer for harassing her a year and a half ago when she was in France.

Once again Noha's news created ripples on the Egyptian blogosphere where she was either fiercely attacked or fiercely defended. Al Weleyat Al Mota7edat group (united women) declared the lawyer a traitor here, then they published the confrontational interview on Al Hayat channel between Noha and the lawyer here. In the confrontation, Noha accused the lawyer of falsifying information. An Egyptian published Noha's response (AR):

Noha clarified that Naglaa El Emam is not her lawyer and that she first met her when they were both guests on a TV show called 90 minutes. She only attended the hearing as a supporter not as her official lawyer. Noha also said that Naglaa was only after fame for she began arranging for TV interviews and asked Noha to appear with her as her lawyer. Noha refused.

Noha also clarified that she was born on September 5, 1981 in Tripoli – Libya not in Jaffa and that she moved with her family to Egypt when she was four years old. She refuted the lawyer's accusation saying that she was born to an Egyptian mother and a Palestinian father who has never been to Palestine since her grand father got a political asylum to Egypt more than 60 years ago. Noha also stressed the fact that she went to Egyptian schools and is a graduate of the faculty of law – Cairo University in 2005.

Finally Noha said that the lawyer's claim to appeal in favor of the convicted harasser is nonsense based on the Egyptian law. Noha also said that Naglaa's position would jeopardize her credibility as a lawyer due to her false accusations and biased judgments.

Demaghy wrote a post (AR) titled Nationalities and Sexual Harassment as he poses the following questions:

1- Does a girl being Israeli deny her the right to walk safely and securely on the streets of Cairo? Is there a clause saying that sexual harassment is approved of when it comes to certain nationalities?

2 – What is the relationship between a person's nationality and his or her own ideologies?

3 – How accurate is the information that Naglaa El Emam released to the media?

4 – How aware is the lawyer of the fact that she cannot switch sides between the defendant and the accused specially that there is a verdict?

5- Where in the name of God did He ask us to judge people based on their nationality and religious or political inclinations before they are righteously defended?

Before any lowlife thinks of sexually harassing any female on the streets, because of you, he will know what he will get.

And on Facebook a group was created (AR) titled “Even if she is Israeli, she has the right to defend her honor.”

On Facebook also, several “anti-Noha” groups were created here, here, and here, and on my posted items here people left comments accusing Noha of being an agent, of making a business out of sexual harassment lawsuits, and of insulting Egypt when she said that Israel is a respectable country. 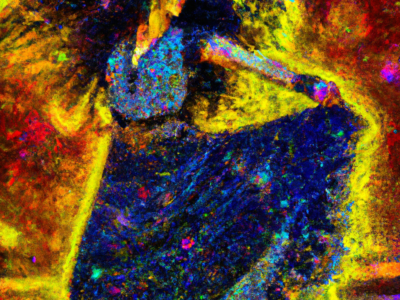 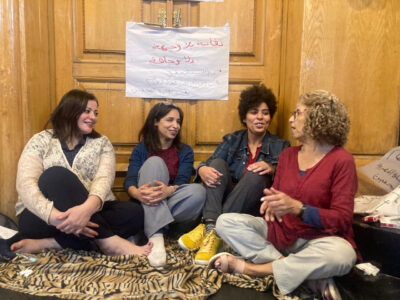