Depending on the political orientation of bloggers, the most important event to take place in Yerevan yesterday was debatable. Certainly, as Anush at The Armenian Patchwork explains, there was plenty to see and do, although like others, another event was foremost in her mind.

Many things happened yesterday. Among those probably the most important was Serzh Sargsyan’s inauguration. For a lot of people though the important was that 40 days have passed since the deaths of 1 March riots.

While people lay flowers at the Myasnikyan monument, close to which the riots began, one could hear Jazz music coming from the Republic Square, where a balloon festival was going to happen later on.

Regardless, with the area around the Yerevan Opera in almost total lock down, prime minister Serge Sargsyan was inaugurated as president in a ceremony and military parade that few citizens could get close to. Instead, most were only only able to cover protests by the opposition rather then the grand inauguration ceremony itself.

Raffi N at Life in Armenia noticed the extra security on the streets.

Today was the official swearing in of Mr. Serge Sarksian as the new President of the Republic of Armenia. It really felt like an important event because ALL the streets were blocked… lots of police escorts…

Global Voices Online Caucasus Editor and photojournalist Onnik Krikorian reports how he was prevented from photographing the inauguration ceremony, despite showing a press pass and the fact that the event was held in a public area. Even so, if there was no opportunity to cover the day's events there, he says that other possibilities existed.

Prevented from covering that event, as was the case for almost every other photographer in Yerevan, there was always the opposition memorial to the eight killed during post-election clashes on 1 March occurring adjacent to the French Embassy. Somewhat unfortunately for Sargsyan, not only did 9 April mark the day of the start of his presidency, but it was also the traditionally observed 40th day after the deaths.

Photo © Onnik Krikorian / Oneworld Multimedia 2008
Ogostos (RU) looked at the moral aspect of holding a lavish inauguration ceremony while so many people were mourning the death of their relatives 40 days after the 1 March riots while Ahousekeeper (AM) was amazed at just how shortsighted the Armenian authorities were.

Although the two events were tragically coincidental and the inauguration date dictated by the constitution, the blog says that it was inappropriate to a) hold it on the 40th day after the deaths (the traditional day of mourning in Armenia), b) to block the Republic Square, the Opera and several other streets making many citizens, regardless of their political orientation, curse the authorities, and c) stage “stupid” events in Republic Square, which “Levon supporters will try to interfere with.” Veteran journalist and analyst Mark Grigorian (RU), however, says that the protests are not likely to affect the situation because the fact is that Serge Sargsyan is now the President of Armenia.

It is natural, that celebrations are held on the day of president's inauguration.

It is also quite frequent, that the opposition uses that day to stage protest actions and bring to the attention of the international community the problems of the country.

All of this happened today in Armenia. News agencies are reporting, that protest actions took place also outside of Armenia.

Nevertheless, Ter-Petrossian activist Bekaisa (RU) reports that there were eight small simultaneous protest actions staged in Yerevan in front of the Constitutional Court, Central Electoral Commission, OSCE office in Yerevan, European Union, General Prosecutor's Office, and the Embassies of the U.S., Russia, and France. There were also other protests in the regions of Armenia as well as outside the Embassies of the Republic of Armenia in Russia and Ukraine.

Ahousekeeper also reports that supporters of opposition candidate Levon Ter-Petrossian attempted to disrupt the balloon festival staged in Republic square later the same evening, but were prevented from doing so by police forces who quickly rounded them up. The Blue Sky Festival did take place, and The Armenian Patchwork has photos to prove it.

And while Akunamatata_ser (RU) rejoices and greets the first day of a new president coming to power as well as the start of the regime with an uncertain present and future built on fear and blood, Nazarian (AM) pays tribute to the seven civilians and one policeman who died 40 days earlier. Notes From Hairenik contemplates the new president's chances of bringing change to Armenia:

President Sargsyan has a lot to do in a short amount of time. He has to win over the confidence of the vast number of citizens who have no faith in him whatsoever and who regard him as being a petty oligarchic-tyrant.

[…] he has to prove that he can surpass in leaps and bounds everyone’s expectations and, most noteworthy, ensure that the downtrodden — namely those living in far-off rural parts of Armenia—start living better, fruitful lives. […] Cracking down on corruption is something that is high on most everyone’s list of things for him to do. […]

However, the F5 blog (AM) is more skeptical. The new president won't be able to change anything, it speculates, while Unzipped considers it hard to believe that Serge Sargsyan will be able to stay in power for long:

You just can’t stick to the power relying on a physical force. Well, you may for a while, but only for a while. No lasting solution could be based on force and violence. There is no alternative to democracy in Armenia.

Some bloggers are more pragmatic though. Martuni or Bust!!!, for example, is sure of the opposite:

Though there are still many unanswered questions regarding the legitimacy of the election which landed him the post of President and the events that followed that he was directly behind, I really believe that as usual and in a very short period of time, most will forget what happened and it will be business as usual. 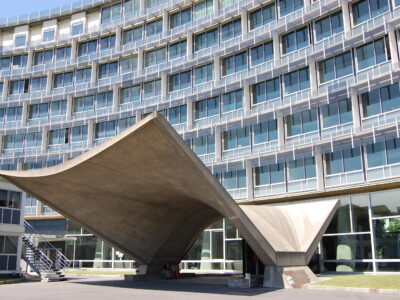