Amit Gupta: A self confessed geek

Amit Gupta is a software engineer who works as a web applications architect in India and is a self confessed geek, in other words, someone who literally lives, breathes, sleeps and talks the Internet. With such a high tech profile, it doesn't come as a surprise that he has been blogging for nearly 10 years, in fact, since 1999, and has an incredible array of blogs, both in English (iGEEK, about web development, and diGit Blog about technology) in Hindi (Spicy Ice is about food and the world from my eyes is about – what else – Internet and technology two of his passions we managed to discover another three!).

He also has photo blogs, video blog, twitter… Name a tool and you will find out Amit has discovered it (probably before you) and is already using it to good account. Amit blogs to express himself, let off a bit of a steam and because he likes having his say on everything – and he also loves to meet people who declare themselves to be among his readership. It seems that we are talking to someone quite famous here – Amit was once chosen ASP Guru of the Year.

Amit has been a member of the Global Voices Online family for just over a year, since January 2007, providing roundups of the Hindi blogosphere. From one of his many blogs, we discover that we are talking about a “blogosphere that hasn’t yet reached where its foreign (especially western) counterparts are, and even in the Indian blogosphere, the south Indian bloggers are much ahead than Hindi bloggers”. We thank Amit for the hardwork to bring these bloggers in the spotlight! What attracted you to GVO?

And what about projects, such as Paricharcha, you have to help Indian people to blog in their language, Hindi? Could you tell us how this has made a difference?

Well, when I wrote my first post on my Hindi blog, I thought that there weren't any Hindi bloggers but I was surprised as there existed a number of them. Blogging itself is catching up in India, more and more people realising the potential of this medium, more & more people becoming aware of this medium to express themselves!! Hindi is a language that's spoken by most of the Indians, be it a different dialect like Bhojpuri or Haryanvi or Rajasthani but it still is Hindi and that's the first language of a lot of people, so they are more comfortable in expressing themselves in that rather than in another language which they picked up later in life!

So I dreamed of Paricharcha as a place where “we” (Hindi bloggers & non-bloggers who know Hindi; differentiation because the first users were Hindi bloggers) can discuss just about anything be it religion or politics or technology etc. There have been other Indian forums around where people would communicate in Hindi but they would write in Roman characters there due to lack of knowledge about writing in Devnagari there. Unicode has taken away the font problems that used to haunt developers of Hindi websites earlier and phonetic tools like Baraha have made it way too easy to write Hindi in Devnagari script in unicode.

We expected a lot of first timers also coming across Paricharcha (there've been some newspaper articles etc mentioning this platform) who didn't know how to write unicode Hindi so naturally we had a forum section for them to assist them in getting started & we integrated a Hindi editor (the Hindini tool made by a fellow Hindi blogger long before Paricharcha came into being) so that users not on their own PCs can also type in Hindi on the forum. The hindi wiki Sarvagya has been quite helpful in getting people started with both reading-writing in Hindi on their PCs as well as starting with blogging.

You are very prolific on the blogosphere. How do you manage so many blogs (and now also a twitter)?

Umm…..err….. to tell ya the truth I still don't have any freakin’ clue!! ;) I write whenever I have time & whenever I'm in a mood to write & I write on the blog on which I feel like writing on! No management at all!! As for Twitter, well, I post on it either from GTalk or my mobile, again whenever I feel like saying something; so if I'm on PC or logged into IM via my mobile I post & if I'm away from PC I load up Twitter widget in Widsets on my mobile & post whatever idiotic stuff I wanna write! :)

Is there any super special application/tool that you wish would come true?

Yeah. I wish someone could make a software & hardware so that a software engineer will just have to think how he/she is gonna make any software & all the coding etc is done by that tool just by reading the mind!! :D

And how do you see the internet in 10 years?

Hmm….. that's very far to predict & too wide. :) And which region are you talking about? I know about India so I'll focus my reply keeping the scenario here in mind. I guess just about everything will be connected to internet in next 10 years, be it music players (they already are) or TV or Refrigerators or phone calls (already in existence but not as widespread) or automobiles (navigation etc.), etc. Content On Demand would settle in bigtime as well as Services on Demand via Internet. E-Commerce is still in beginning stages here in India, not many choices around & not much motivation for customers and then not many adopters of the convenience but I think that this would change rapidly & for good.

Generally speaking, I think that spam (of all kinds, email, blog, etc) will increase manyfolds & the cat-mouse game of spam & anti-spam technology will continue but more specific laws will come into existence regarding spam & it will become a criminal offence (its already in some places) in a lot of places.

You say you have gone on/off blogging, but reading blogs has always been part of your day. Which are your favorite blogs in English and why?

English, eh? Not many of them English (not many in total as well as I start cutting down after my reading list increases). But still I can't pinpoint 1 favourite so I'll list some that I like most (in no particular order): Darren Rowse – Engadget – Sitepoint Blogs – Planet PHP (not exactly a blog but an aggregator) – Digital Photography School Blog

Why I like them? Well, I find a lot of good stuff written on them in areas I've a lot of interest in. Like SitePoint has been a place where I've picked up a lot of info regarding web-tech and it has come in handy as well; have interacted with people having similar interests and the discussions in forums have been knowledgeable (am known as ‘asp_funda’ in the forums there, was voted ASP Guru of the Year couple of years back, not much active there nowadays).

Then I find a number of interesting & knowledgeable stuff on Planet-PHP regarding the PHP language (for past 4 years I've been writing code only in this). Digital Photography School Blog is written by Darren Rowse & I've picked up quite a number of tips about photography there, so that's why its in my reading list. Darren does quite a good job on that blog as well and I'd sure recommend it to any photography enthusiast. :)

So you are a photography enthusiast! How did you discover it?

Hmm, well, I've always liked taking photos but hated the cumbersome process of using film rolls & then having them developed! So my passion found its wings when I got my first digital camera in 2005 & went on my first vacation on my own (with friends) in May 2006. Then gradually the likeness turned into a passion over the next year and I invested in a better camera and started reading about photography, anything I can lay my hands on be it tips-tricks or pointers or tutorials etc. and started practicing them & plan to continuing that. :) “A grayscale version of peacock's feather with the center showing some colours. I was just playing around with this photo when this idea struck me & it looked nice after completion, so I thought I'd save it.” (Amit Gupta). See more pictures by Amit, the photographer here.

What is your favourite subject to take pictures of? And have you any good memories from photography?

I like to shoot landscapes most & then portraits are my second most favourite. Haven't had any bad memories yet, so they are all good ones till yet!! ;) So I dunno which is the most favoured memory; maybe the one from Dec.2007 when on Christmas I & some fellows from a photography group were freezing ourselves (at 5am in about 4'C) on the banks of Yamuna river taking photos of moonlit Taj Mahal or me delirious at seeing the awesome views & snapping photos of them on my trek to Tungnath (highest Hindu temple in India at about 12500 feet above sea level) or me going nuts at seeing the amazing sculpture work & temples at Khajuraho. And I guess I'll have some more when I go to Agra & Taj Mahal again later this Feb.; Taj Mahotsav (“utsav” means festival & “maha” means big/super & “mahotsav” is “maha” + “utsav”) is on so I guess it will be yet another good memory! :)

Talking about passion, you are the second author we discover with a love of food (Juliana Ricon also blogs about it!). As your Spicy Ice food blog is mostly in Hindi, would you tell us about it?

Well, Spicy Ice will be a bi-lingual blog, ie., in English & Hindi, that's what I thought when I started it & I still plan to make it so. Its just that I've not gotten around to write in English there & some friends who were to write in English haven't gotten around to finding time yet! :) Its basically a group blog about food & drinks where the idea is to write first-hand reviews of eating/drinking places in a not so formal way, recipes of different kinds of interesting foods and drinks which the authors have themselves experienced, etc. So its like sharing one's experiences etc. with others. :)

And what is your favourite kind of food ever?

North Indian & Punjabi cuisine is what I like best, I've grown up eating that only! ;) And I also like Gujrati food. Other than that I find Chinese & Thai cuisine very delicious….. ummmm! :D As for favourite food, *Poori Chhole* is what I like most & *Rabri* is my most favourite dessert (otherwise I like almost all of them, hehe!!). :)

You love traveling too. Have you got a favourite destination? Why?

Hmmm….. I felt peace amongst the old temples of Khajuraho (they are beautiful), liked the vibrancy of Pushkar but the one place where I've been & would like to go there again & again is Tungnath. Not for religious reasons (I myself don't believe in existence of God) but that 4km steep trek/climb to the temple at that altitude is somehow mentally refreshing, the view of the Himalayas is great. I've been there in 2006 & in 2007 and sure plan to go once a year there! 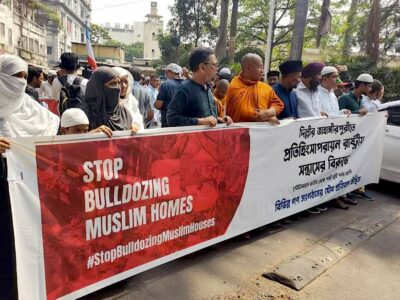