The troubled pasts of Burkina Faso

The United Nations Development Programme recently released its 2007/2008 Human Development Index, which ranks countries not just by incomes, but by social indicators like life expectancy, literacy and education.

This year, the news was not good for Burkina Faso, which dropped from the world’s fourth poorest country to its second poorest. It didn’t escape the local independent press that the country actually placed last because the sole country it beat out, Sierra Leone, is attempting to rebuild itself after a decade-long civil war.

Burkina Mom found it sadly ironic that development indicators are falling while the government throws itself a huge party for National Day, replete with a huge parade and many festivities. It was really just another opportunity for local elites to pat themselves on the back:

Burkina’s people are losing ground daily and the government thinks to distract them with the occasional pathetic parade or speech. Bread and circuses anyone? Hey-the average citizen here would LOVE some food and a good show. But the entertainment on offer is frankly sub-par. The parade on the 11th in honor the National Republic Day was mainly an opportunity for the elites to pat themselves on the back. Certainly none of the modest folks that I work with daily knew anything about the supposedly delightful distraction proposed by their loving government. As for those people working downtown, all it did was prevent them from getting to work on time for several days (there were rehearsals for the parade that shut down the center of town for hours a day). And as for the “bread” part of the equation, that would be much appreciated, as hunger and malnutrition are rife here. But there’s no free lunch. Or even a small free snack.

Burkina Faso also commemorated the ninth anniversary of the death of crusading independent journalist Norbert Zongo, who was killed along with three other people in a village about 100 km south of Ouagadougou.

Zongo, the founder of the country’s first independent newspaper, L’Indépendant, spent much of the last year of his life investigating the death of David Ouedraogo, the personal chauffeur to Francois Compaore, the brother of Burkina Faso’s president. Ouedraogo was secretly held at a base for the Presidential Guard Force, tortured and eventually killed for allegedly stealing money from his employer.

On December 13, members of civil society, press freedom groups and regular citizens gathered once again to demand the government re-open the stalled investigation into the Zongo murders. But as the years continue to add up, Africa Flak, (a blog I am involved in), wonders if any amount of internal and external pressure can be placed on the government to find those who killed Zongo and his colleagues:

“With nine years and counting since the Zongo killings, I am of two conflicting opinions about the steps international organizations and governments can take. My first instinct says it’s too late for outsiders to influence the Burkina government on this issue. That being said, I don’t know how many conversations regarding the Zongo affair have taken place in upper levels between, say, the European Union and Burkina Faso. If the subject has indeed been broached, these discussions have so far proved fruitless – the investigation into the killings has been allowed to wither and die a slow, painful death. It should be said that in the world of diplomacy few things are more sacred than national sovereignty, and the Zongo killings represents the mother of all domestic issue. ”

Finally, Keith from Under the Acacias is told by a person named “H” the strange history of Al Hadji Bani, a man who went to Mecca but became disillusioned with the commercialization of the pilgrimage. He returned to Burkina Faso to Bani, a small village located 230 km north of Ouagadougou, which is now famous for the seven earthen mosques, six of which break Islamic tradition by not facing Mecca.

Al Hadji Bani claimed he was a prophet sent by God, and people started following him, Keith writes. They claimed Al Hadji Bani had dreams and revelations regarding the mosques – about where they should be built.

“H” says that Al hadji Bani then started claiming that he was Jesus returned, and that Bani was the new Mecca, and that Muslims should now pray facing Bani rather than Mecca. This was in 1989, and it was at this time that “H”, along with many others, became disillusioned and left the community.

The rest of the story can be found here. 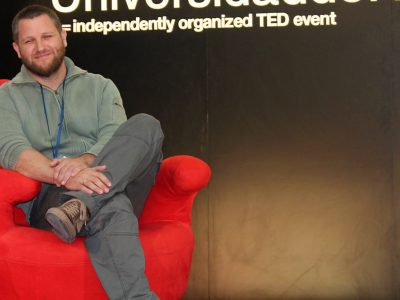