The celebrated photo blogger Mohammad Darvish dazzles our eyes with a beautiful shot of Sabalan mountains in Northwestern Iran. What a wonderful way to start the week and continuing coverage of voices around the world.

You may read more about this beautiful mountain on the wikipedia entry for Sabalan.

The topic of climate change is not far from the thoughts of many around the world. Today we read from Batir Wardam in Jordan writing on the blog Arab Environment Monitor about his thoughts on an article that appeared in Reuters, specifically the acknowledgment of Egypt's efforts in protecting its sea shores.

It has always been known from global warming predictions scenarios that the Nile Delta region in Egypt is highly vulnerable to any expected rise in sea water levels due to climate change. This fact has pushed Egypt show high interest in climate change research and adaptation measures, unlike most Arab countries still stuttering with the political and economic hurdles against full engagement in climate change adaptation systems and being a global partner in climate change action.

Last but not least is an interesting and hopeful post on the Iran Cheetah Project by Sepideh Saremi.

Despite continued political tensions between the United States and Iran, the Iran Cheetah Project, a joint effort of the U.S.-based Wildlife Conservation Society (WCS) and Iran’s Department of the Environment (DOE), is working to study and save the Asiatic cheetah (also referred to as the Iranian cheetah, and “yuz palang” in Persian). Just 60 to 100 of these cheetahs remain in the world, and their only home is Iran’s desert plateau. 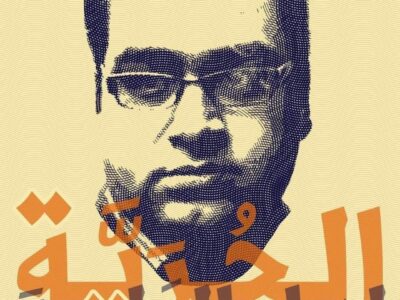