Morocco: Linguistics, Music Videos, and the Merits of Hymenorrhaphy

Arabic music videos became the hot topic of the week when blogger Cat in Rabat became ill and was forced to watch TV for a few days. She wrote a fantastic critique of the Lebanese and Egyptian style of video clip entitled “How to Become a Millionaire.”

Upon discovering the videos, Cat in Rabat said “Never in my life had I witnessed such visually stunning, ground breaking works of art, each video a bare-souled musical labyrinth of complex subtleties, subtle complexities, and raw human emotion that explored the human condition as no other genre had previously attempted. Was Peter Gabriel somehow behind these?” She then summarized the general format that all Arabic music videos seem to follow.

Blogger Cory Driver, an American who lives in Morocco, shared a secret in response: “I love Arabic music videos. we're talking more than like. LOVE. they help me learn Arabic, and it's another part of culture I can share with some of my artisans.”

Maybe it's their history or the way their brains work or just a need to communicate, but Moroccans seem predisposed to picking up multiple languages and using them freely. They don't harbor the language prejudices or pride so commonly seen in other cultures and are more than willing to be the one to facilitate communication. It all gives new meaning to the expression finding someone who speaks your language.

After reading a post in Marock Magazine, a popular Moroccan online forum that asked “Accepteriez vous se marier avec une meuf non vierge?” (“Would you marry a woman who is not a virgin?”) to which 74% of respondents gave a positive answer, it was surprising to find a post by Myrtus entitled “The Need to Have One's Hymen Resewn.”

Responding to a Reuters article which discusses the choice of a 19-year-old Moroccan woman to have her hymen reconstructed, Myrtus asks: “Wow, there are backroom hymen-attachment clinics in Casablanca?? And let's face it, it's youth who get this procedure done. I mean, who looks for a 40-yr. old virgin? So now let's ask ourselves … how many options do young women and teens have?”

The Morocco Report‘s taamarbuuta agreed with Myrtus, saying, “I’m sure you can guess my opinion on this, but just in case…I find it absolutely absurd that a woman must risk her life in an illegal clinic just so that her future husband’s masculinity and ego can get a little boost when he makes love to her for the first time and finds that she has bled (but in this case, because unhygienic string sutures have been ripped from her vagina).” 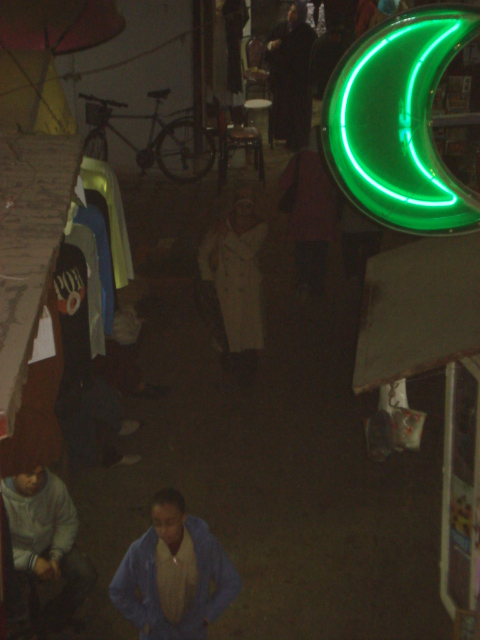 Lastly, and also in the vein of the Moroccan medical profession, The View From Fez posted a heart warming article praising Moroccan doctors for their quick response and gentle care of a friend who was recently ill. The author says, “It is worth reflecting that in a lot of so-called developed countries he could well have died while waiting for medical assistance.”