After almost 100 years of operation, the historic waterway is having a tough time adapting to the demands of the modern world. Today the canal authority – known as the ACP – operates the waterway at an estimated 90 percent capacity with more than 14,000 ships completing transit each year. The waiting line to transit can be days and, when there are maintenance closures that can stretch to weeks.

Moreover, size is a problem. Gigantic container ships are now built to fit the size of the canal’s prodigious locks exactly. But the boom in international shipping has prompted the construction of a new generation of vessels – post-panamax – that can carry almost three times as much.

Last October, Panamanians went to the polls and approved a $5.25 billion expansion to the canal that will include the construction of a new lane of traffic and locks that can accommodate these larger vessels…Read the complete post.

#2: Kleph's Kitchen reports on Panamanian Cuisine, and shares a recipe to prepare the traditional "Sancocho"

Visiting Panama I was somewhat dismayed by the disjunction between the country's larder and the apparent cusine. There were dozens of varieties of fish and fresh vegetables in abundance but finding a Peruvian restaurant was a bit of a trick.

It seems the recent boom times have played against the country's rich culinary heritage. Typically, Panamanian food is cooked in homes and street restaurants. In the very modern urban metropolis Panama City is becoming, that's seen as a bit beneath the growing number of glitterati who are seeking out high end restaurants boasting European dishes. Read more… 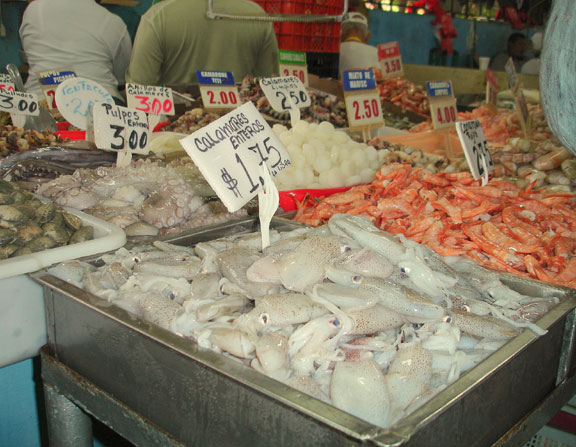 We discovered these Maranon trees at the Decameron Resort, hence the nice label on the tree. One of the employees there found me struggeling to open a nut shell and explained it was futile that then open when roasted. We later found bagged cashews at Quesos Chela and tried them, the were unsalted, and very tasty. Another natural bounty from Panama, cashews available now from a tree in the lowlands. Get the scoop now…

I hope you hadn’t planned on going to the bank or many stores because today is Labor Day and you won’t find many people working.  Usually that won’t affect the stores in the Chiriquí Mall or Plaza El Terronal because the malls in Panama are open year around…I hope I can figure out something to do today that doesn’t require money. Read more…

The Chinese have a very peculiar way to honor their ancestors. Families get together to visit the graves and share the duties of cleaning and cutting the weeds surrounding them, among other things. They bring offerings, pray (in Chinese, obviously) seeking the wellness of their living relatives.

Food offerings are commonly found, usually boiled chicken, pork, fruits and sweets. It is important to include some kind of alcoholic beverage, served in three little cups… 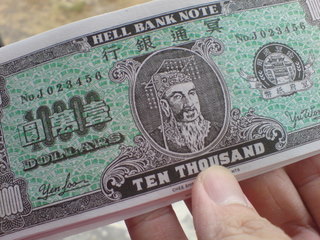 Photo taken by Juan Lee and used by permission.

#6: Stephan Schuab on The impact of roadblocks on residential tourism:

Apparently Panamanian traffic police performs license checking campaigns preferably on major holidays. That's when you can see them on all major streets, but as well as in remote locations
where you really wouldn't expect a roadblock. They make you stop want to check your drivers license. I have no problem with that and see the reasoning behind these checks.

Another new measure to improve road safety is a new law that went into effect earlier this year. Every driver is required to carry a copy
of the traffic rules in the vehicle. I guess the idea is to make people at least skim the book once in a while. Read the complete post…