Morocco: Corruption, politics, and the aftermath of a bombing

After the Los Angeles Times published an article about the cost of filming the 2003 action flop Sahara, which highlighted in particular the amount spent on local bribes (“‘Courtesy payments, ‘gratuities’ and ‘local bribes’ totalling $237,386 were passed out on locations in Morocco to expedite filming”), Moroccan bloggers chimed in with their opinions.

Laila Lalami was saddened by the spending: “Honestly, I started to laugh about all this, until I got to the part where palm trees are being taken out and river improvement projects that benefit Moroccans are halted in order to accommodate films, and then I wanted to cry.”

Liosliath posted highlights of the article in her blog, highlighting “the most pathetic part” as this: “An ‘assistant propman’ on Sahara, for example, earned a weekly salary of $233, the equivalent of one day’s pay for a U.S. prop worker.” 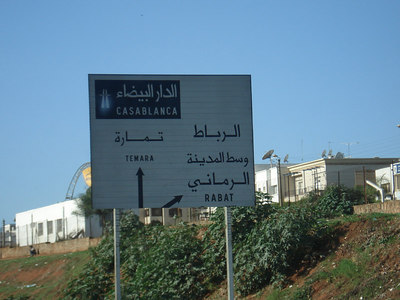 The aftermath of the recent Casablanca bombings and Morocco's safety level were also on the minds of bloggers. Blogger Taamarbuuta said at grains of sand, “Look, the point is, Moroccans are not against America. Perhaps its government (but I can count on one hand my American friends who aren't against the government!), sure, but America or Americans?”

Cat in Rabat‘s take on the whole thing was slightly humorous – noting that metal detectors have cropped up in the capital. “I have set off the bells & whistles of many of Rabat's security scanners and no one has yet to ask me to step aside in order to search me. So while there is now a guard at Pizza Hut, nobody has actually seen him use his metal-detecting magic wand,” she notes.

Everything Morocco responded to those who've asked “is Morocco safe?” saying, “That's a tough one to answer without a crystal ball and without going into a very long and drawn out explanation…It is much more complicated than saying it is terrorism; religious or anti-American or any other kind.”

In a separate entry which discussed the Virginia Tech massacre as well as the Casablanca incidents, Everything Morocco surmised: “The underlying commonality, in my opinion, was the sense of exclusion and desperation all the perpetrators must have felt before going so far as to kill.”