Egypt: From Kareem to Mahmood 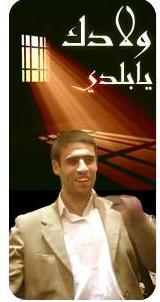 Another Egyptian is behind bars for saying the wrong things online, according to blogger Tom Gara .

But while the first – Kareem Nabeel Sulaiman – got all the attention a four-year-sentence could muster for insulting Islam and Egyptian president Hosni Mubarak, the second, - Abdul Monem Mahmood – who belongs to the Muslim Brotherhood, is not as lucky.

“It isn't surprising to see this happen – but it is surprising to see the lack of concern among the same people who were pretty loudly expressing their dismay at the arrest and imprisonment of Abdelkareem Soliman.
“The big difference between the two? Abdelkareem was heavily anti-Islamic in his writings and Mahmoud blogs for the Muslim Brotherhood. That's all I can really see,” explains Gara.

Ironically, Mahmoud actually got some attention for writing in support of Abdelkareem. Just for some context here, lets remember Abdelkareem is the guy who wrote that

“For as long as Islam exists on this planet all your efforts to end wars and disputes and upheavals will fail because Islam’s dirty finger will be found behind every catastrophic event to humanity.”

Despite saying about the nastiest thing you can possibly say about his religion, Abdelkareem was defended by Mahmoud (who is, remember, a member of the Muslim Brotherhood). Mahmoud said:

“I disagree with Abdul Kareem Amer’s views. However, I do not disagree, at all, that this security practice is unjust towards a youth in the prime of his life. Punishing him, or punishing others having their opinions, will not succeed in changing their ideas.”

A site - Free Kareem – put up by supporters to rally support for Suliaman, writes the following in defence of Mahmood:

Just recently, Ana Ikhwan blogger Abdul Mon’em Mahmoud, who has previously expressed solidarity for Kareem, was arrested and is being held for at least two weeks pending an investigation. The Egyptian government is not taking lightly his blogging on security officials’ acts of torture, as well as random detentions suffered by Egyptians.

The Free Kareem Coalition expresses its deep concern for the detention of Abdul Mon’em and hopes for his release.

The post also has links to and quotes from Reporters Without Borders and The Arabic Network for Human Rights Information.

“Voicing concern about increasingly repressive policies towards online dissent, Reporters Without Borders called today for the releaser of blogger Abdul-Moneim Mahmud, who was arrested on 14 April at Cairo airport. He has been charged with membership of an “illegal organisation” (the Muslim Brotherhood), but his arrests seems to be linked to the photos and reports about the torture of detainees that he has posted on line,” said Reporters Withour Borders.

The state prosecutor’s office in Shoubra Al-Khaima ordered that Mahmud should be held for at least two weeks while he is investigated for alleged membership and financing of an illegal movement. Many local sources say he has in fact been targeted for reporting arbitrary arrests and acts of torture by the security services on his blog, Ana Ikhwan, and on the Muslim Brotherhood’s website.

Mahmud covered demonstrations organised by the Egyptian Muslim Brotherhood and circulated photos of police brutality on the Internet. Aged 27 and a journalism graduate of Cairo university, he is also a correspondent for the satellite TV station Al-Hiwar (The dialogue).

Security forces on Friday Dawn, broke into the residence of Abdel Men'em Mahmoud reporter of Al-Hiwar TV and administrator of the celebrate blog “Ana Ikhwan”
(http://ana-ikhwan.blogspot.com) to arrest him. However, Mahmoud was not home at this hour, and because he was tortured in a previous episode for 13 days before, he disappeared to make sure of the reasons for this campaign, which probably could be his activities in media coverage to police quelling practices against Muslim Brothers’ activists.