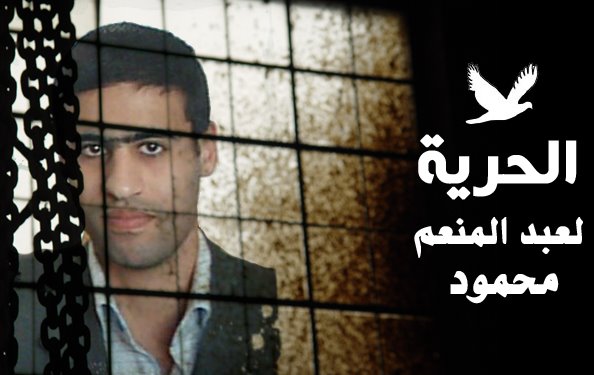 Egyptian blogger Abdul Monem Mahmood (Arabic) is the latest in a string of bloggers arrested by Egyptian authorities. He is being detained under custody for 15 days as charges are drawn up against him.

The Muslim Brotherhood blogger, journalist and television presenter was detained early Sunday morning, amid conflicting stories which first confirmed and then denied his arrest.

Bad news… Muslim Brotherhood blogojournalist and friend Abdel Moneim Mahmoud was detained by Mubarak’s Gestapo early Sunday 1am, at the Cairo International Airport…
Egyptian Security forces arrested blogger and Ikhwanweb correspondent Abdel Moneum Mahmoud at Cairo International Airport today while on his way to begin seven Arab countries tour to prepare a report about the status of human rights in the Arab world for the British satellite channel Al Hiwar. Monem had already boarded the plane when he was later pulled out by security forces.
After the arrest and sentencing of blogger Abdel Karim Sulieman to four years in prison for his internet blog, the Egyptian government seems to be pressing ahead with its campaign to silence all voices of civil dissent and encroaching on freedom of expression by arresting or intimidating bloggers and political activists.

Alaa’ Abdel Fattah, who had himself spent time behind bars for his political activism, gives us a timeline for Monem‘s arrest.

You might have heard about the arrest of Egyptian blogger Abdol Monem Mahmoud, since this particular story was being reported while it was happening some conflicting/confusing information got disseminated, this is my attempt to piece together the sequence of events…
1. state security arrests several muslim brotherhood members
2. Monem receives a phone call from his mother informing him that special forces raided their alexandria home and he is wanted
3. Monem decides to turn himself in in order to spare his parents any hardships
4. in preparation for his arrest monem sends emails and SMSs informing people he is about to turn himself in and posts a couple of posts on his blog that can be used as a seed for a campaign
5. not able to reach Monem bloggers assume he already turned himself in and got arrested
6. Monem contacts his lawyers who tell him to wait until they find out more details
7. lawyers find out there is no legal arrest warrant and advice monem not to turn himself in
8. news that Monem is still free and on the run reaches the blogosphere
9. Monem hears his father's health is deteriorating and he needs to be hospitalized, monem is now confused and starts contemplating hiding for a longish period
10. Monem shoots two videos, one about his father's health that gets posted on youtube (is this the first time a wanted political prisoner on the run posts videos on youtube? I'm sure state security appreciated this touch), the other is an interview with Al Hewar TV (his current employer)
11. Monem judging that since there are no legal arrest warrants he is technically allowed to travel and decides to try and leave the country on a pre-shceduled business trip
12. Monem passes passport control and boards the plane but gets arrested before plane takes off
13. hours later Monem shows up in front of shobra prosecutor is charged with silly charges that can put him in jail for a very long time, Monem will spend 15 days in custody then appear before the prosecutor again, prosecutor will most probably send him back to jail when th 15 days are over. this can go on for 6 months (enough time to cook up a good anti-terrorism law?). his arrest is now legal (or as legal as it gets in the land of the pharaohs)

According to blogger Mustafa Hossein, this is not the first time Monem spends time behind bars for his activism.

This was not the first time Monem was detained. He was tortured by state security forces.
He was outspoken in his blog regarding human rights abuses and free speech.

Supporters quickly put together a campaign to Free Monem , which is in Arabic.