Morocco: Bloggers talk about the soul of Morocco and recent bombings

Thanks to a New York Times article entitled “The Soul of Morocco”, the Moroccan blogosphere is busy debating the truth in this statement. Fez, a city of approximately 1 million, is known as Morocco's most refined city. As the home of the Qarouyine University, one of the world's oldest and prestigious, its reputation is not unearned.

However, in a country with such a rapidly changing and growing economy, many of Fez's residents have been left behind.

“Right now, today, in 2007, Fez is also a ghetto in every sense of the word and most of its inhabitants are barely eking out a miserable subsistence living,” says Everything Morocco, a foreigner living in the ancient Fez medina (town).

The Morocco Report‘s taamarbuuta questions the authenticity of Fez, saying “Fez may look like a jewel in an abyss of globalisation, but where is the authenticity in these tourist-pouncing Fassis?” (April 9, 2007, “The soul of Morocco?” to which The View from Fez rebuts with a post entitled “Fez versus Meknes – ‘tourist -pouncing Fassis?‘” and challenging local readers to visit Fez.

Liosliath, of the blog Morocco Time, takes issue with Fez being named the country's soul, saying “There’s still a lot of ‘authentic’ Morocco to be found outside the main tourist areas.” 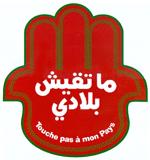 Also on the lips of Moroccan bloggers are the recent suicide bombings in Casablanca. After one man, Abdelfattah Raydi, blew himself up in a Casablanca internet cafe, the police went after his compatriots and on Tuesday, were close to catching several when one detonated a bomb underneath his clothing. Police shot another, and a third (who turned out to be Raydi's brother, Ayyoub) detonated a bomb, killing himself and a policeman, and injuring several, including a young boy. On Saturday morning, two more men blew themselves up on Blvd. Moulay Youssef in Casablanca, where the American Consulate is located.

‘Aqoul blogger Lounsbury commends Mohammed Faiz, the owner of the internet cafe where Abdelfattah Raydi first detonated his bomb (and whose cafe is know wreckage, leaving his already poor family even more destitute), requesting that anyone with ideas contact him to facilitate a fund for Faiz and his family.

Bo18, a blogger of the Moroccan diaspora asks concisely, “No seriously, its getting a bit out of hand. Don't you think as well?”